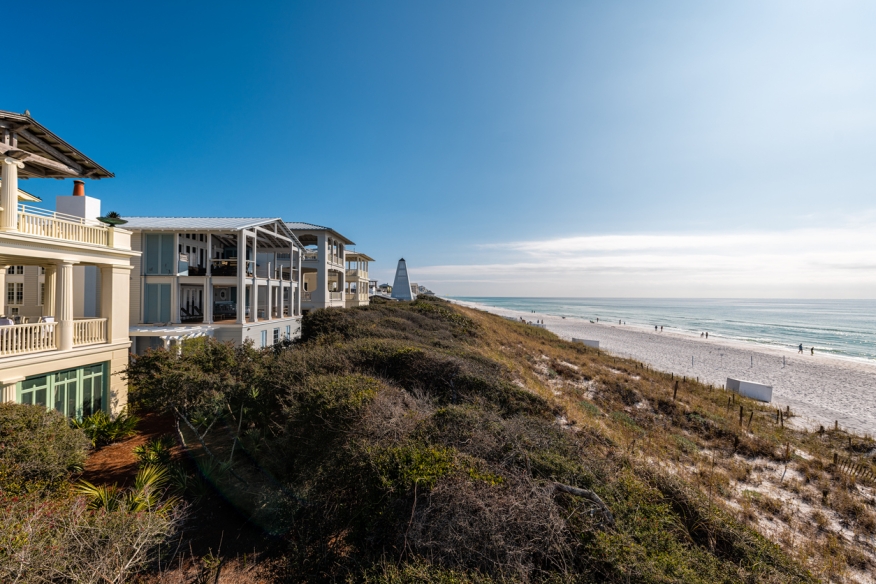 Brokers, lenders, and investors cashing in on the real estate boom by renting units in America’s prime vacation spots.

Brokers, lenders, and investors are cashing in on the real estate boom in America’s prime vacation spots, such as areas around theme parks, ski resorts, and Gulf of Mexico beaches in Texas and Alabama.

Bloomberg reports that vacation rentals are a fast-growing and potentially risky business, especially as the market cools due to climbing interest rates.

Landlords are reaping the benefits of today’s market, assembling mini empires and managing them from afar with smartphone apps. Even those with little to no experience in real estate are cashing in on the game, including software engineers, middle managers, teachers, and even TikTok influencers. They’re snatching up properties, often sight-unseen, at extraordinarily high prices.

Locals and longtime residents are not as happy, though, complaining that investors are changing the character of their communities and making housing unaffordable.

This wouldn’t have been possible without a special kind of business loan fueling the boom, Bloomberg reports. These loans allow borrowers, including the self-employed, to qualify based on the projected future income of the property they’re buying rather than their current salary. These are also known as “debt service coverage ratio” loans, meaning that rents must be at least enough to cover monthly mortgage payments.

According to Inside Mortgage Finance’s analysis of mortgage bond offerings, last year’s investment-property loans without taxpayer backing totaled $9.9 billion, which is an eight-fold increase since 2018. The vast majority of these investors qualified based on their rental income.

Typically, regular-paying tenants on long-term leases are the consumers supporting these loans. But investors have become more interested in seasonal renting — vacation homes and Airbnbs have become all the rage. Over the past year, more lenders have started letting borrowers qualify based on what they expect to charge per night for stays booked on sites like Airbnb and Vrbo, a unit of travel company Expedia Group Inc.

Real estate investors realize they can generate more income from renting a property out for hundreds of dollars per night than they could through a lease to a long-term tenant. In turn, would-be owners, some of whom are young and generally inexperienced, can afford increasingly expensive property.

Two examples are shown in Bloomberg’s article: Chelsea Jones, a 29-year-old former grocery store manager, bought four rental units in the Smoky Mountains. In total, Jones has borrowed $1.1 million within the past year for properties such as Big Bear Lookout — a luxurious vacation rental including four bedrooms, a shuffleboard, a hot tub, and an arcade.

The monthly mortgage payment for her Big Bear property is $2,600, so rent from a steady, long-term tenant would barely cover it, never mind having to pay extra for repairs and maintenance. Instead, Jones rents out the property for an average of $350 per night on Airbnb, so she can earn $6,000 a month, which is more than twice her monthly loan payment.

Austin-based Visio Lending financed Jones’s mortgage and calls itself the “nation’s leader in rental loans.” Its competitor, HomeXpress Mortgage Corp., is also urging more brokers to sell this kind of loan, with Account Executive Christopher Berrey saying on his LinkedIn account, “Our DSCR loan helps your real estate investors get their next loan closed in DAYS not weeks!! No income verification, no job listed, 1007 used for rent projections. AirBNB and VRBO are ACCEPTABLE!!!”

Hometown Equity Mortgage LLC, also known as TheLender, is promoting “Non-Owner, No Income,” or “NONI” loans to mortgage brokers. A Facebook advertisement features an older woman (since NONI is Italian for grandmother) pointing to a sign that says, “The NONI No-Nee,” and the qualifications beneath it, stating, “As little as 0 months reserves, FICO as low as 620, first-time investors allowed, no LTV restrictions, and no rate or pricing adjustments.”

However, these deals are starting to alarm longtime observers and analysts of the real estate market. According to analyst Court Lake from Fitch Ratings, in a weak economy, borrowers who qualified based on rental income are more likely to default at three times the rate compared to those with conventional mortgages.

First-time landlords might have been too eager to purchase these properties without first accounting for volatile rents or the cushion they’ll need for unexpected repairs.

“The influx of the starry-eyed inexperienced investors is artificially boosting demand and causing the rental market to be overheated,” said Patricia McCoy, a former assistant director at the Consumer Financial Protection Bureau. “This whole class of loan and, in particular, some of these underwriting practices are a sign of market euphoria. That rarely turns out well.”

Other industry executives are not so pessimistic, though. They say these loans require high credit scores, making them quite different from the subprime mortgages that lead to the 2008 housing crisis. The current housing shortage shows demand for rentals, and these are loans to businesses, not homeowners — another notable difference. Lenders can more easily foreclose on companies than consumers, so it’s easier to recoup losses from defaults.

HomeXpress requires borrowers to have one-year history of per-night rentals, although buyers with short-term rental experience can qualify with appraisals that consider comparable properties.

Chris Ledwidge, president of retail division at TheLender, told Bloomberg that they’ll approve borrowers for loans only based on per-day rentals if they have a one-year track record as Airbnb-style hosts or two years renting out a property long-term. They must also be located in strong rental markets.

Bloomberg asked what would happen if families cut back on travel during a recession? Would that spell trouble? Jeff Ball, co-founder of Visio Lending, said perhaps it would. “It’s an interesting question,” he said.