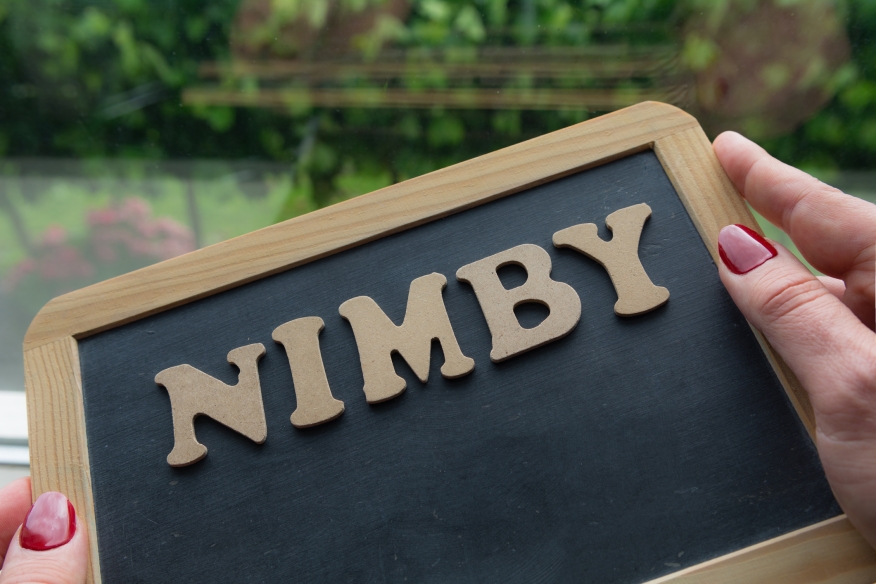 City Officials Say 'Not In My Backyard' (NIMBY)

CAR has filed lawsuits against six Southern California cities for violating state laws that require cities to plan for the development of housing.

Californians for Homeownership, a nonprofit organization sponsored by the California Association of Realtors (CAR), announced that it has filed lawsuits against six Southern California cities for violating state laws that require cities to plan for the development of housing. The cities are Bradbury, La Habra Heights, Laguna Hills, Manhattan Beach, South Pasadena and Vernon.

The group aims to address California’s housing crisis through impact litigation to enforce the requirements of California’s RHNA (Regional Housing Needs Allocation) and housing elements laws. Under the RHNA system, the state and local governments work together to identify regional housing needs and distribute them among a region’s cities and counties. Each city or county must then develop a “housing element” meaning a component of the city’s general plan that identifies sites available for future housing development sufficient to meet the city’s RHNA allocation. If the city cannot identify such sites, it must change its zoning laws to allow additional housing development.

For years, even prior to the COVID-19 induced housing boom, there has been regulatory hostility between state and local officials. CalMatters, a nonprofit news organization, explains that the state enacts laws to compel cities to accept more affordable housing construction, particularly to serve low to moderate income families, and cities counter with local laws and regulations to evade their housing quotes.

City officials employ all sorts of tactics to evade further housing development. For example, when Senate Bill 9 was passed in 2021 — allowing up to four units of housing to be built on land zoned for single-family homes — city officials argued that it usurped their land use authority and would change the “character” of their neighborhoods, according to CalMatters.

Before the law took effect, Pasadena enacted an “emergency ordinance” that imposed tight, unworkable rules on what could be built. Also, Woodside, a very wealthy enclave in San Francisco, supported a petition to have mountain lions declared a threatened species and declared the entire town to be mountain lion habitat; therefore, it would be unsuitable for housing.

Laura Foote, executive director of YIMBY Action, a pro-housing group, told the San Francisco Chronicle, “This is so absurd — it is an example of the extreme absurd lengths cities will come up with to evade state law.”

“The goal of these lawsuits is to fundamentally change the way that California’s cities and counties approach their housing planning obligations,” said Catrina, referring to the six cities that evaded the RHNA state mandate. “For far too long, cities have treated compliance with these laws as optional, and we hope to put an end to that approach.”

The RHNA plan was declared in 1969, broadly mandating that all California cities, towns and counties must plan for the housing needs of residents—regardless of income. On May 20, 2021, the Association of Bay Area Governments (ABAG) approved RHNA draft allocations, and housing elements in the Southern California region were due on October 15, 2021. Although some Southern California cities embraced the process, all six cities targeted for litigation missed the state law deadline.

“Three of the cities we are suing had not even submitted a draft housing element for review by state regulators when we approached them in March — something they were required to do by August of last year,” said Matthew Gelfand, the in-house litigator for the nonprofit. “Time is of the essence because we are already more than six months into the eight-year period that these cities are planning for. Developers are waiting for these plans to be finalized, and every month that these cities delay is another month working with outdated land use rules that make it hard to develop housing.”

CAR is pursuing lawsuits against Bradbury, La Habra Heights, Laguna Hills, South Pasadena and Vernon for failing to adopt updated housing elements by the state mandated deadline. The cities were selected due to them being far behind their peers in the housing element process, which demonstrates a hostility toward adequate housing planning for both.

These cities also have a rap sheet for evading previous housing element cycles, allowing the process of developing their housing elements to drag on for years after the state law deadlines. La Habra Heights, for instance, did not develop its 2013 housing element until 2020. Also, many Southern California cities have prioritized other non-urgent matters, such as imposing policies to limit housing production, while putting off the housing element process.

“There are some harsh penalties for failing to adopt a housing element under state law,” Gelfand said. “These penalties are designed to encourage cities to prioritize planning for housing, which is a critical statewide issue, over less critical work.”

State law requires housing elements to identify sites that are likely to be developed into housing over an eight-year planning period — by 2029. Sites with existing uses, like shopping centers or office buildings, cities must provide evidence that the existing uses will be discontinued during that time. Manhattan Beach’s housing element relies on a number of sites that have little or no chance of being redeveloped by 2029. The city includes the Manhattan Country Club as a site to be developed for low income housing units, but the Club was purchased in 2017 by a national operator for $73 million, and the city has no reason to believe that it is going to close anytime soon.

Each lawsuit against these six cities seeks an order requiring the city to adopt a compliant housing element on an expedited basis with a judicial declaration that the city is subject to certain state law penalties for being out of compliance. Additionally, cities without a compliant housing element are prohibited from using their ordinary zoning rules to reject certain types of housing developments. The court also has the discretion to control aspects of a city’s land use approvals — for example, halting the issuance of all non-residential building permits or judicially approving housing development projects that have been held up by a city.