Sprout Mortgage: 'The Faucet Just Got Turned Off' – NMP Skip to main content

Sprout Mortgage: 'The Faucet Just Got Turned Off'

Sprout Mortgage was averaging $380 million a month in loan volume before it abruptly shut down on Wednesday.

That's the word from a former executive who thought "everything was going great" and was blindsided when the company closed.

According to the employee, who spoke on condition of anonymity, a companywide conference call on Wednesday was held virtually via Microsoft Teams at 4:30 p.m. The timing of the call was confirmed by other former employees who also spoke anonymously with NMP. 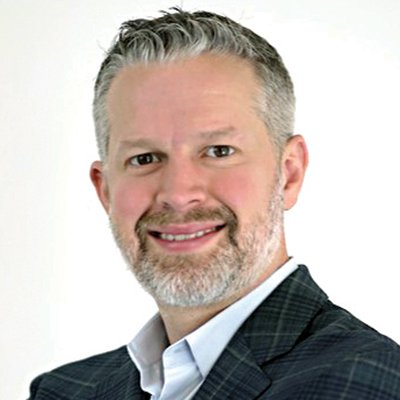 The former employees said Sprout President Shea Pallante conducted the meeting to break the news to all staff, which totaled more than 300 people. He informed the staff that the company would close its doors immediately – including both its retail and wholesale divisions, the employees said.

A company official on Wednesday declined to confirm or deny the shutdown, and Pallante has not responded to a request for comment.

The former executive said that after Pallante said the company was closing, the meeting erupted as those on the call began to fire questions at him, including whether salaries and commissions would be paid or severance offered, as well as what would happen to unfunded loans in the company's pipeline.

While Pallante said employee benefits would continue until the end of the month, he had no other answers, and ended the meeting, a former employee said.

The call was held the day before payday, employees said.

Employees confirmed to NMP today that their paychecks were not deposited.

The executive who discussed Sprout's mortgage volume said that when the Teams meeting was announced, the thought was that Pallante would announce an acquisition, not that the company would close.

"Everything was going great. ... So it's gotta be something cool, right?" the executive said about finding out about the companywide meeting.

Instead, Pallante announced that Sprout was no longer in business, the executive said. "It was a stark contrast to what we were going through."

The account executive said the email system was shut down after the meeting, and that no direction was provided on how to return equipment, including company-provided laptops and cellphones.

Another former employee said Sprout had done a reduction in force of 50 people in April, and laid off another 60 in June. The former employee also said that two investors were interested in the company — one who was willing to put up $25 million, another looking to make a preferred stock offering. Both of those potential deals went up in smoke on Friday, the former employee said.

Sources also told NMP that Sprout’s entire correspondent lending team was let go two weeks ago and moved over to Oaktree Capital Funding Corp., which has a wholesale Non-QM lending unit. Oaktree did not immediately respond to a request for comment.

The former executive who spoke with NMP said Sprout was well on its way toward dominating the Non-QM loan business nationwide.

"The average loan amount as $700,000 and the average FICO score was 720," the executive said. "These were not risky loans. There was no shady stuff in these loans."

The executive continued, "Non-QM is a $100 billion industry. It was an opportunity for Sprout to be the No. 1 (Non-QM) lender in the country."

The executive added, "We were good at closing loans; average was 15 to 22 days, and things were funding quickly. The faucet just got turned off."

In the April 2022 issue of National Mortgage Professional magazine, Pallante was bullish on the Non-QM market. He predicted it would be 10% of the overall mortgage market.