UWM: Will Revenue Continue To Slide? 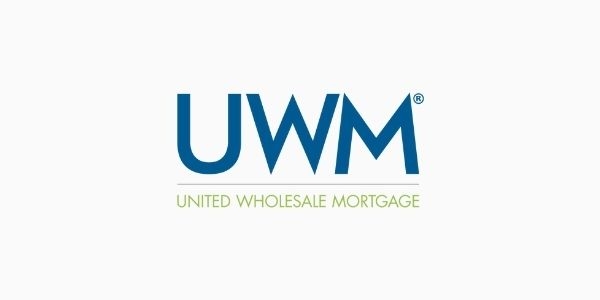 One analyst predicts a great fourth quarter, but annual earnings could tell a different story.

With day a to go before United Wholesale Mortgage Holdings (UWMC) reports its fourth-quarter and year-end earnings, there’s at least one stock analyst predicting the mortgage lender will present strong quarterly results.

“The fourth-quarter number will be huge,” said Argus Research Analyst Kevin Heal. “I don’t know exactly what the number will be for the year, but they should have a great fourth quarter.

“They do a great job in what they do, and they stick to their lane,” he added, estimating that between 35% to 40% of the country’s wholesale mortgage brokers work exclusively with the company, a number he says comes from UWM.

A policy UWM implemented nearly a year ago, when CEO Matt Ishbia told wholesale mortgage brokers that "if you work and send loans and send business to (their competitors) Fairway Independent or Rocket Mortgage ... If you work with them, you can't work with UWM anymore, effective immediately," is causing the company legal problems.

UWM is suing California-based Kevron Investments and Mid Valley Funding, saying they sent loans to Rocket and Fairway. UWM is seeking a combined $420,000 in damages from the two companies. In addition, UWM sued America's Moneyline for $2.8 million, prompting the company to countersue UWM and challenge the legality of the UWM's policy against Fairway and Rocket.

In the policy statement, which Ishbia announced through a video posted on UWM's Facebook page on March 4, 2021, he told wholesale mortgage brokers they had 11 days to sign an addendum that stipulated they agreed to UWM's new policy.

Despite Heal’s confidence in UWM’s possible results, scheduled to be announced tomorrow, March 1, at 10 a.m. EST, he says this year will look very different from 2021.

“Looking forward to 2022, probably the total market will be half of what it was in 2021,” he said, referring to the decline in housing inventory and the increase in mortgage interest rates.

Heal isn’t alone in that view.

The Mortgage Bankers Association forecast the total amount of new mortgage loans to drop by about 35% from 2021’s $3.99 trillion to $2.6 trillion in 2022. The association also predicts that 30-year fixed mortgage rates will hit 4% in 2022 and increase to 4.3% next year.

One of UWM’s advantages, says Heal, is that they can approve a loan in under 20 days. “They’ve scaled their processing and approval of mortgages,” he said. “It could take a bank between 40 to 60 days to process and approve a mortgage.”

UWM went public through a special purpose acquisition company, or SPAC, in January 2021, with Gore Holdings IV, valued at $16 billion, considered the largest SPAC at the time.

Heal points out that about 93% of United Wholesale Mortgage Holding’s stock — around 1.4 billion shares — is held by Ishbia and his family. The shares, which  trade on the New York Stock Exchange, were trading today for around $4.32, down from the 52-week high of $12.45.

While Heal thinks UWMC shares should trade around $7, working against the share price is that there are too few shares available for the public, only around 100 million, he says.

“There are too few shares available to attract institutional investor interest,” he said. “Plus, Ishbia is truly the face of the company, so there’s ‘key-man’ risk. What happens if he’s hit by a bus?”