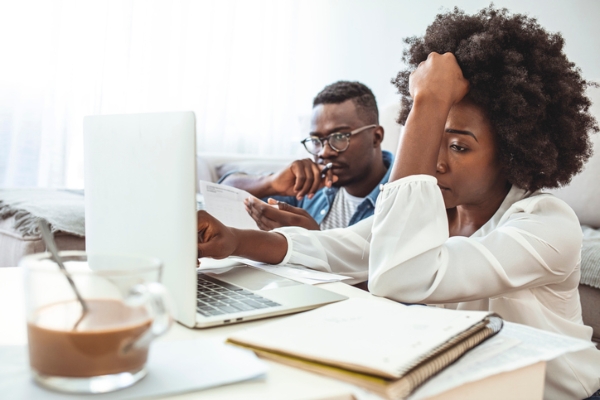 The Home Mortgage Disclosure Act data showed that credit history is the most commonly cited reason as to why black mortgage applicants are denied a mortgage at such a large rate. However, Zillow believes that a lack of opportunity to build that credit is heavily concentrated in Black communities.

“Homeowners have seen a plethora of housing gains during the pandemic, but the growing disparity between Black and white homeownership rates and home values paints the picture of who those winners actually are,” said Zillow economist Nicole Bachaud. “While credit borrowers overall are stronger now than ever, the gap in credit access is growing along racial lines. Policies and interventions that target the barriers keeping Black Americans from homeownership are keys to achieving housing equity.”

More than 6% of Black applicants are denied based on credit history, accounting for over one-third (37%) of all Black borrower denials, according to Zillow. Limited traditional financial services in Black and other communities of color is a significant factor in credit history. Black communities have a higher number of nontraditional services, such as payday lenders, which contributes to poor credit health, according to Zillow findings.

“While the Black homeownership rate has risen from the depths it hit following the Great Recession, it remains far below the peak of 49.7% reached in 2004. Becoming a homeowner is the first step — but hardly the last — in the journey to housing parity,” according to Zillow.

That's something Legacy Home Loans president and CEO, Ben Slayton, is trying to change. However, he also understands that it will take a lot of work and effort from the entire lending community.

“It’s going to take a 'village' of banks and mortgage lenders throughout the United States to partner with the U.S. government to help to close the homeownership gap,” said Slayton in a Mortgage Banker cover story.

The pandemic made it even more difficult for Black households, which were more likely than white households to report a job or income loss and difficulty keeping up with mortgage or rent payments. This disproportionate impact of the pandemic on Black households has stalled efforts to close gaps in credit access, homeownership, home values, and mortgage denial rates, slowing the journey to equity even more.

Analysis and Data
May 16, 2022
NAHB: April Building Materials Prices Up More Than 19% YOY

The price index of services inputs to residential construction have risen 18% YOY.

Analysis and Data
May 16, 2022
Fed Chief Says Earlier Action Could Have Been Taken On Inflation