Housing Inequity, In Black And White 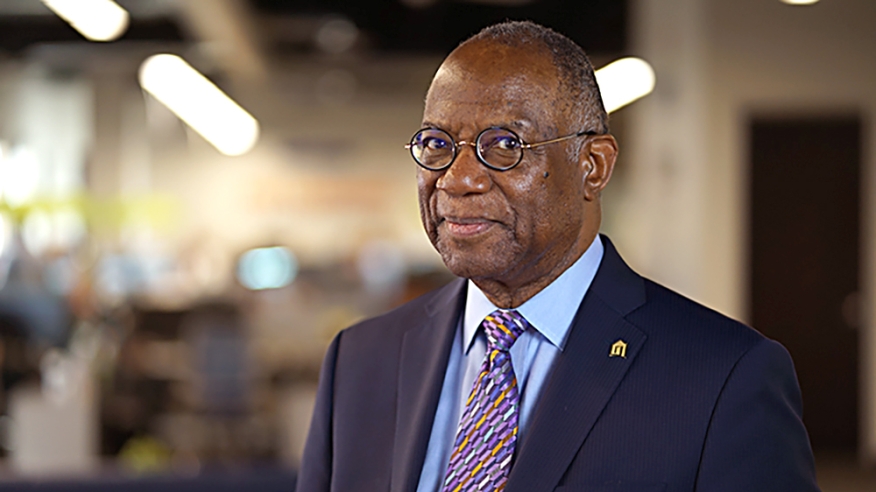 Ben Slayton has put in more than 56 years in the real estate and mortgage industry. He was the first Black member of the National Association of Realtors, the first Black Century 21 Real Estate franchisee broker-owner, and he developed and built the first condominium project located in an area of the San Fernando (Calif.) Valley, overlooking the Hansen Dam, that was located in a predominantly Black community. He was the first person — of any race — approved by Freddie Mac as a Multifamily Program Plus Seller/Servicer. He is the only person who was appointed and served on both Freddie Mac's and Fannie Mae’s inaugural Affordable Housing Advisory Councils during the same period.

Now, at a time when many would be winding down their careers, Slayton is pursuing what he characterizes as a calling — building the largest Black-led mortgage lender in the U.S. Slayton is CEO of Legacy Home Loans, based in Las Vegas.

SLAYTON: Well, that’s an easy one. In 1964, I could not go to the San Fernando Valley Board of Realtors, or any other Board of Realtors, in the country and obtain an application to become a member. In 1964, to become a Realtor, one had to be sponsored by another Realtor member — similar to the “Good Old Boys” country clubs. There wasn’t a white Realtor who was willing to sponsor me — in part for being touted as being a “n-word” lover and afraid of being ostracized by their fellow Realtors.

Fortunately, a Jewish family had adopted me and taught me the real estate and mortgage business and wanted me to become successful, so they found a guy who would sponsor me. However, for him to sponsor me, he charged my family $5,000 to do so. In 1964, for $5,000 you could purchase a 2-bedroom, 1-bath, 800-square-foot home. He was paid the $5,000 and he sponsored me, and that’s how I became the first Black Realtor in America. Oh yes, he became the “n-word” lover, and he was also ostracized by his fellow Realtors.

MBM: Tell us about Legacy Home Loans and why you started it.

SLAYTON: I started Legacy Home Loans in July 2018 because I did not see anyone addressing the 30% homeownership gap between Black Americans and white Americans. Meaning only 4 out of every 10 Black families own the homes they live in. In contrast, 7 out of every 10 white families owns the homes they live in. Therefore, we as Black people have a 30% homeownership gap. I wanted to make a difference for my people, so I crafted the company’s mission: “To empower the African American community throughout the United States with a focus on building sustainable wealth through homeownership and leaving family legacies.” Our goal is to lend $1 billion in mortgage loans to African Americans by 2023 and to continue to lend $1 billion and more to African Americans each and every year thereafter.

MBM: Have you received any push-back from white mortgage bankers thinking that your company’s mission is discriminatory or reverse discrimination?

SLAYTON: Yes, we have had a few comments about that. But, after I explain that we didn’t say we would only lend to African Americans, I said our focus is on African Americans. Today our borrowers’ racial mix is 77% African American and 23% non-African Americans. I don’t see our focus any different than a mortgage company that has a focus on originating only jumbo loans, VA loans, renovation loans, etc., etc., etc. One must have a focus for their business whereby they can focus their marketing dollars and capitalize on the company’s strengths and expertise. I think we have a “niche market” — no mortgage company knows our market, and our people, like we do.

MBM: You mentioned that there is a 30% homeownership gap between Blacks and whites, how did this happen and how did we get here?

SLAYTON: Well, that's a long story, because it all started from slavery. But I will not take you back that far, I will give you two more recent events that helped to create the homeownership gap and the wealth gap. I am 77 years old, and I am talking about a situation that took place 17 days after I was born. President Franklin D. Roosevelt signed a new law on June 22, 1944, called The Servicemen's Readjustment Act of 1944, more commonly known as the G.I. Bill of Rights or the G.I. Bill. This bill provided veterans coming home from World War II the ability to obtain:

• Loan guaranty for businesses, and

Prior to World War II, a college education and homeownership were, for the most part, an unreachable dream for the average white American, not to mention Black Americans. Home ownership was mainly reserved for the rich.

However, the G.I Bill changed all of that. By the time the G.I. Bill ended on July 25, 1956, 7.8 million of the World War II veterans had participated in a college education or technical or vocational training program. Millions of veterans took advantage of the G.I. Bill’s Home Loan Guaranty Program. From 1944 to 1952, the VA guaranteed 2.4 million home loans for World War II veterans.

The VA did not administer the program itself; it only guaranteed the loans to banks. If a veteran failed to pay their mortgage payments, then the VA guaranteed the banks 100 percent against any losses, which gave the white-owned banks free reign to deny mortgages to Black people. Blacks were redlined into poorer neighborhoods, ensuring that loans would be denied. In addition, builders that built homes in the suburbs built into the new home documents a deed covenant restriction that prohibited Blacks from buying homes. 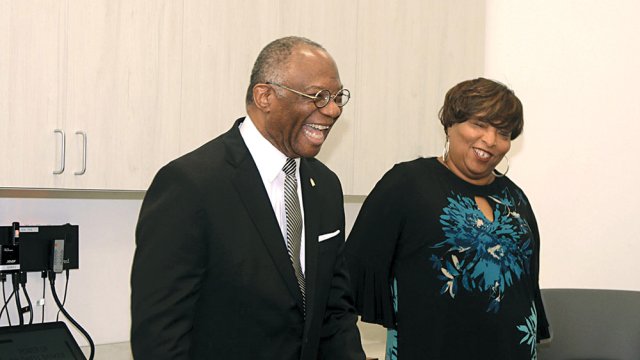 In 1995, I personally purchased a home in Westchester, Calif., where the deed still has a deed covenant restriction that stated, because I was not of the white race, I could not purchase that home. In 1948, the U.S. Supreme Court ruled that states could not enforce the racial restrictions. However, it wasn’t until 1968, (20 years later) when Congress outlawed them altogether. But the language cannot be removed, therefore, the deed restriction language is still in the deed today.

Let’s take one of the worst cases as an example of the segregation and bigotry that took place with the G.I. Bill by bankers. In 1947, 13 Mississippi cities made more than 3,200 VA-guaranteed home loans and only two of the 3,200 loans were made to Blacks. This practice was not confined to the South. Historian Ira Katznelson said that in New York and New Jersey suburbs, fewer than 100 out of the 67,000 mortgages insured by the VA-G.I. Bill, were made to non-white homebuyers.

In addition, at most of the schools that provided technical and vocational training, African Americans were unable to participate in vocational training that related to plumbing, electrical, printing, etc., because those types of jobs and equipment and materials were reserved for the white students in white communities only; therefore, African Americans were not given an opportunity to be trained as one of the high-level paying technical jobs. The high-level paying technical skilled jobs were reserved for white people only.

The white colleges would not accept African Americans, and most Blacks had to take menial jobs to support their families. Those that were able to attend a college were relegated to the small historical Black colleges that were mostly underfunded, unaccredited, and overwhelmed by the massive influx of African American veteran students and most of them had to be turned away.

We as Black people have a 30% homeownership gap. I want to make a difference for my people.

White Veterans were able to obtain unemployment insurance that paid $20 per week, but most African Americans were not approved by the state employment services to be eligible to receive these benefits.

As I mentioned, the G.I. Bill ended in July 1956. According to Mr. Katznelson, nearly 8 million World War II Veterans had received a college education, technical or vocational training, and 4.3 million home loans amounting to $33 billion had been disbursed. But most Black veterans had been left behind and were unable to take full advantage of the GI Bill.

As employment, college attendance, and wealth surged for whites, the wealth gap and homeownership gap just continued to widen. Mr. Katznelson continues to state that there was no greater instrument for widening an already huge homeownership and wealth gap than the G.I. Bill.

MBM: So how are you planning to accomplish your goal to lend $1 billion to African Americans by 2023 and $1 billion each and every year thereafter?

SLAYTON: We are opening branch locations in every U.S. city that has 25% or more African American population, a median annual family income of $50,000, and that has an average home price of approximately $200,000. We are presently licensed in 38 states with multiple brick-and-mortar branch locations in California, Georgia, Illinois, Maryland, Missouri, Nevada, North Carolina, and South Carolina.

MBM: Even if Legacy lends $1 billion a year to African Americans, that by itself will not close the 30% homeownership gap we have been talking about. So how do you see that gap closing?

SLAYTON: Now that’s a good question, but I have an answer for you. It’s going to take a “village” of banks and mortgage lenders throughout the United States to partner with the U.S. government to help to close the homeownership gap.

MBM: What do you mean by a partnership of government and banks and mortgage lenders?

SLAYTON: Well, Fannie Mae and Freddie Mac and HUD all have an annual affordable housing goals that are designed to ensure the enterprises responsibly promote equitable access to affordable housing that reaches low- and moderate-income families, minority communities, rural areas, and other underserved populations.

However, Fannie, Freddie, and HUD do not require their seller/servicers and approved mortgagees to have an annual affordable housing goal or anything similar, to be approved to do business with them. 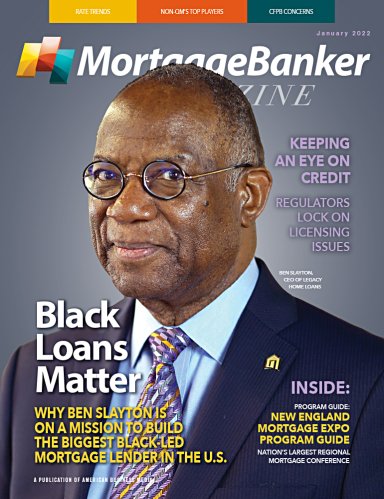 This article was originally published in the Mortgage Banker January 2022 issue. 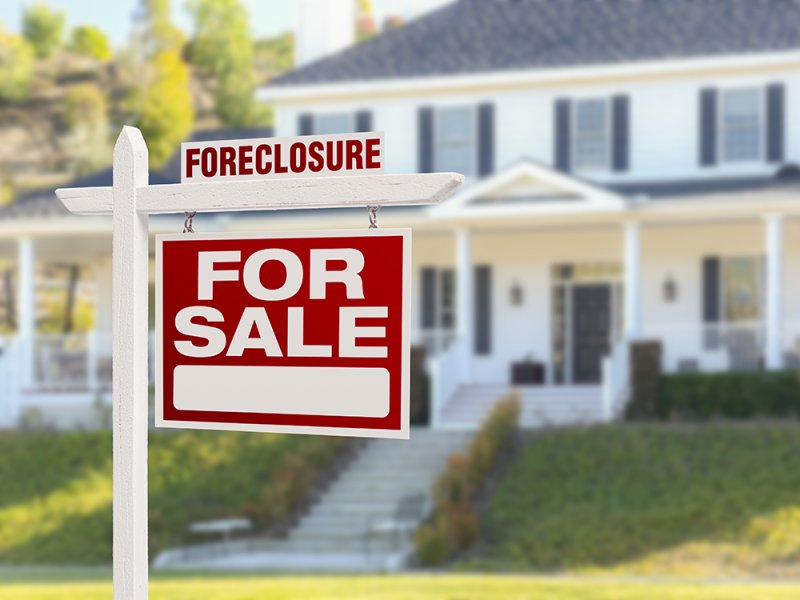 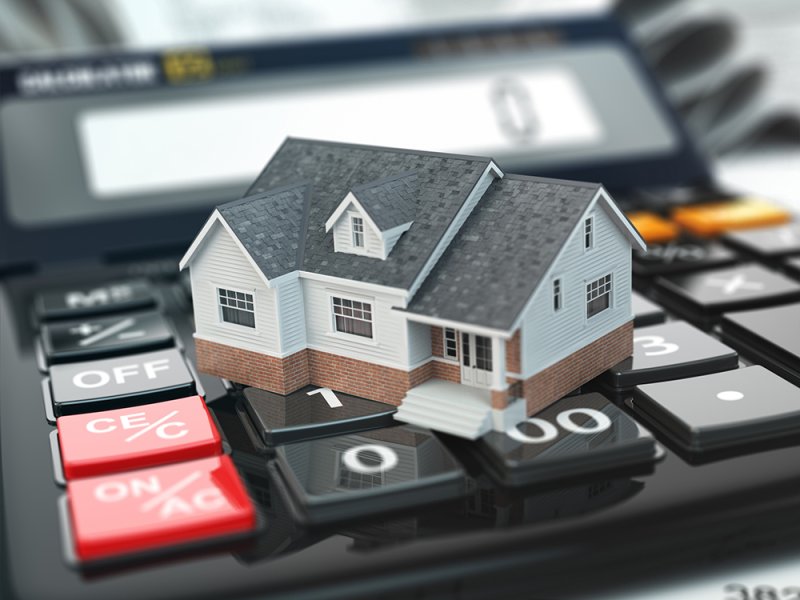 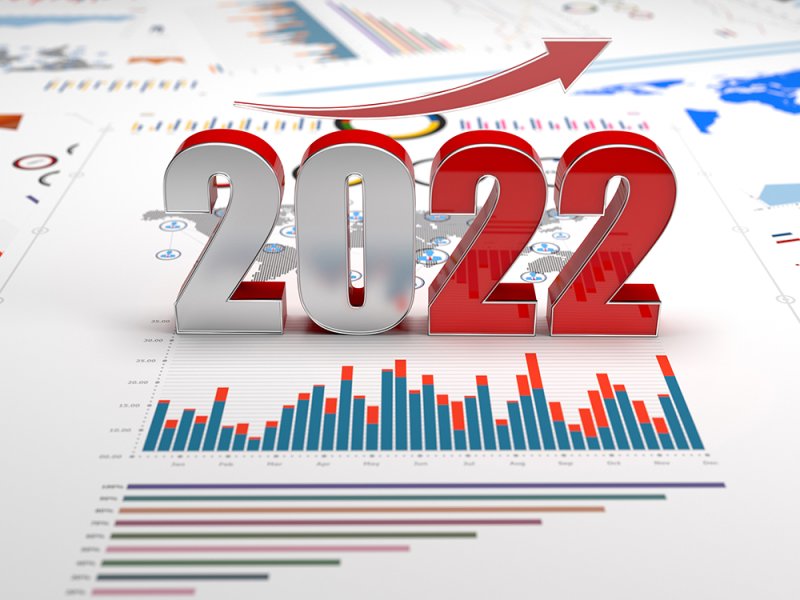 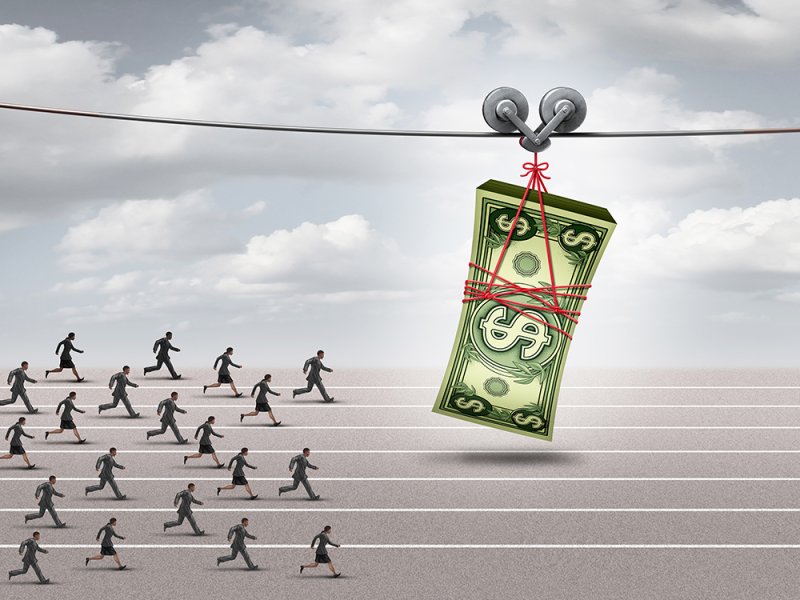 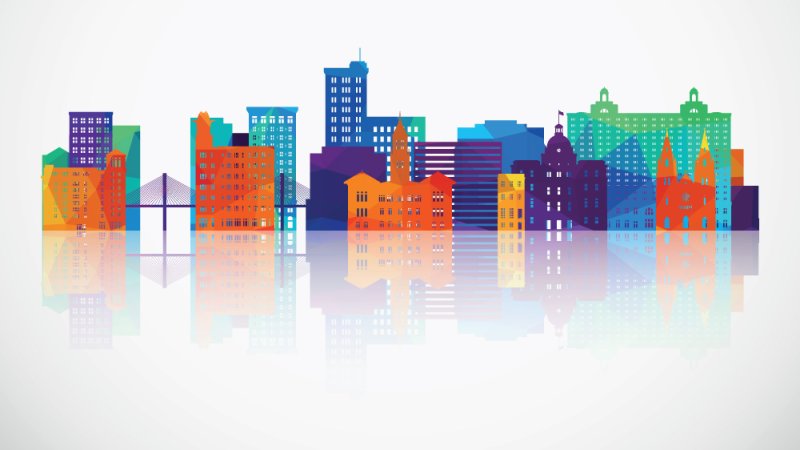 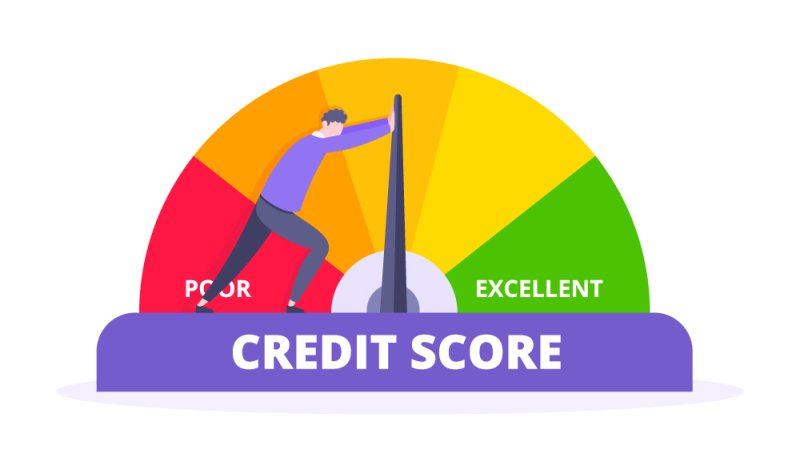