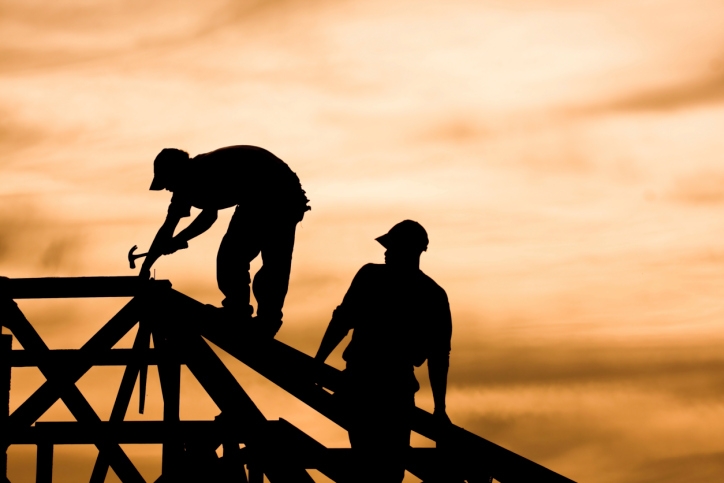 Led by a solid increase in single-family starts, nationwide housing production rose 0.9 percent to a seasonally adjusted annual rate of 891,000 units in August, according to figures released by the U.S. Department of Housing & Urban Development (HUD) and the U.S. Census Bureau. Meanwhile, construction of multifamily buildings slowed following a rebound in the previous month. "Overall, this is an encouraging report as builders are seeing pent-up demand begin to be released for single-family homes despite headwinds such as rising mortgage rates and tight credit conditions," said Rick Judson, chairman of the National Association of Home Builders (NAHB) and a home builder from Charlotte, N.C. Single-family housing starts rose seven percent to a 628,000 unit pace. Regionally, single-family starts activity rose 9.6 percent in the Northeast, 7.1 percent in the Midwest, 2.3 percent in the South and 17.5 percent in the West. The annualized rate of multifamily production fell 11.1 percent to a seasonally adjusted annual rate of 263,000 units. "This is the kind of signal we've been looking for, with single-family starts and permits up or holding steady across every region in the nation," said NAHB Chief Economist David Crowe. "Today's report is reflective of gradual improvement in buyer confidence in the overall market and our recent surveys that indicate a solid outlook for single-family production. On the multifamily side, we are catching up with underlying rental demand. We expect to see additional multifamily starts in the future, but not as rapid a pace of growth as we've seen in the past." Overall building permits, which are an indicator of future building activity, declined 3.8 percent to 918,000 units in August. This was due entirely to a pullback in the multifamily sector, where permits fell 15.7 percent to 291,000 units. Single-family permits posted a three percent gain to 627,000 units—the best pace since May of 2008. Regionally, single-family permit issuance increased 2.9 percent in the Midwest, 2.5 percent in the South, 5.3 percent in the West and held steady in the Northeast. “Today’s new home construction report is encouraging," said Quicken Loans Chief Economist Bob Walters. "Demand for new homes has not been hindered by rising interest rates, and builders are continuing to try and keep pace. Look for this trend to continue in the coming months.”
Link copied
Published
Sep 19, 2013
Coming Up See All
Nov
10
Motor City Mortgage Expo
Detroit, MI
Nov
18
Texas Mortgage Roundup – Houston
Houston, TX
Dec
09
California Mortgage Expo – Irvine
Irvine, CA
Get the Daily
Advertisement
Advertisement
Regulation and Compliance
FHFA Proposes Extra Disclosure Rules For Fannie, Freddie

The Federal Housing Finance Agency (FHFA) on Wednesday issued a notice of proposed rulemaking that would introduce additional public disclosure requirements for Fannie Mae and Freddie Mac. FHFA said it is seeking comment on the proposed rule for the Enterprise Regulatory Ca...

With U.S. house prices hitting record highs this year, it's clear that it is becoming harder for prospective homebuyers to afford a home, especially if prices are rising faster than income.

A new report published by Real Estate Witch reported that income is failing. to keep up with the pace of rising house prices in the United States. According to the report, from 2019 to 2021, the average house-price-to-income ratio increased from 4.7 to 5.4 — a 14.9% increase...

CoreLogic Reports Housing Prices May Be Reaching Their Peak
Analysis and Data
Oct 27, 2021