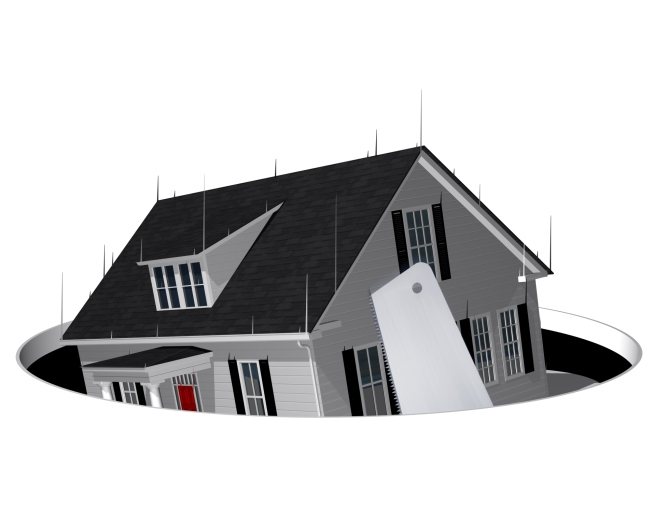 The Data and Analytics division of Black Knight Financial Services has released its latest Mortgage Monitor Report, looking at data as of the end of April 2014. An analysis of mortgage performance data showed that, as of April, there were approximately two million modified mortgages facing interest rate resets. Furthermore, more than 40 percent of those loan modifications are currently underwater. "We have seen a continual reduction in the number of underwater borrowers at the national level for some time now, but modified loans show a different picture," said Kostya Gradushy, Black Knight's manager of Loan Data and Customer Analytics. "While the national negative equity rate as of April stands at 9.4 percent of active mortgages, the share of underwater modified loans facing interest rate resets is much higher -- over 40 percent. In addition, another 18 percent of modified borrowers have 9 percent equity or less in their homes. Given that the data has shown quite clearly that equity -- or the lack thereof -- is one of the primary drivers of mortgage defaults, these resets may indeed pose an increased risk in the years ahead. "From a broader perspective, it's also important to note that more than one of every 10 borrowers is in a 'near negative equity' position, meaning the borrower has less than 10 percent equity in his or her home. This is particularly pronounced in New Mexico and Southern states. At a local level -- and we look at both mortgage performance and Home Price Index (HPI) data down to ZIP code granularity -- such slim margins in equity can have a significant effect on overall negative equity levels with even slight variations in HPI. So, while the overall situation for underwater borrowers has improved significantly, there are still areas in the country where borrowers are hovering at the edges." Black Knight also found that mortgage prepayment rates (historically a good indicator of refinance activity) increased for the second consecutive month as interest rates have stayed low. However, the data also showed that Adjustable Rate Mortgages (ARMs) with notes below six percent were prepaying at significantly higher speeds than their fixed-rate mortgage counterparts. This suggests that concerns about rising interest rates persist among the borrower population, despite the recent pullback in 30-year conforming rates. Finally, as foreclosure sales (completions) increased in both judicial and non-judicial states -- though the increase was larger in the former than the latter -- Black Knight observed the gap between judicial and non-judicial pipeline ratios (ratio of loans 90 or more days past due or in foreclosure to the current rate of foreclosure completions) had narrowed to its lowest point since at least 2005. The judicial states' pipeline ratio now stands at 52, as compared to its high of 118 months back in 2011. In contrast, the non-judicial states' pipeline ratio at that time was 33 months -- it has now increased to 48, its highest point on record. As was reported in Black Knight's most recent First Look release, other key results include: ►Total U.S. loan delinquency rate: 5.62 percent ►Month-over-month change in delinquency rate: 1.84 percent ►Total U.S. foreclosure pre-sale inventory rate: 2.02 percent ►Month-over-month change in foreclosure pre-sale inventory rate: -5.00 percent ►States with highest percentage of non-current loans: MS, NJ, FL, NY & LA ►States with the lowest percentage of non-current loans: MT, AK, CO, SD & ND ►States with highest percentage of seriously delinquent loans: MS, NV, RI, AL & MA
Link copied
Coming Up See All
Jun
22
Chicago Mortgage Originators Expo
Countryside, IL
Jul
06
Ultimate Mortgage Expo
New Orleans, LA
Jul
13
Carolinas Connect Mortgage Expo
Charlotte, NC
Get the Daily
Advertisement
Advertisement
C-Suite Strategies
Eye, Eye Sir