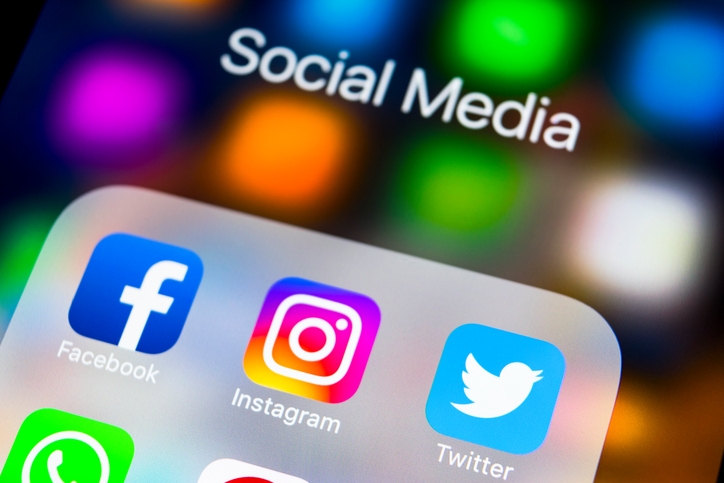 In recent years, Web sites such as Twitter, Facebook and GooglePlus have been adopted by astute marketers who recognize a new, powerful portal for reaching the consumer public. The mortgage finance industry, however, has been reluctant to fully utilize this new channel of communication. This may be due to the chaotic condition of the industry following the collapse of the mortgage security sector, the hostile political environment for financial firms and uncertain regulations applying to the new media.
It remains undeniable, though, that the Internet has drastically changed the face of American business in the last two decades, and real estate, like every other industry, is not immune. Currently, there are a variety of opinions on the value and risk of a social media strategy—but the fact is, our society is undergoing a sea change in how consumers acquire, process, and submit information throughout the commercial process.
Just what is the future convergence of social media and mortgage professionals going to look like?

The power of social media
According to the National Association of Realtors (NAR) “Real Estate in a Digital Age 2017 Report,” in 1981, 22 percent of homebuyers read newspaper ads to find a home and eight percent used friends as an information source. In 2016, 44 percent looked for properties online first. If you're not using social media to reach this group of prospective customers, your company is at a major competitive disadvantage—and one that's only going to worsen, as two-thirds of the Millennial Generation are likely to continue this trend.
There are a great many ways mortgage companies can use social media to reach this broad consumer contingent.

►Define your brand. Social media allows you to present any image you want to your potential customers. You can build a reputation around your values, expertise, the benefits of your services, and the competitive advantages you offer over others in the industry.
►Identify potential customers. Since social media is an interactive process, your presence allows you to learn a lot about your prospects. An ongoing dialogue over these platforms can be more illuminating than paid market research, if handled appropriately.
►Become an online authority. Having a significant social media base creates instant credibility and can transform you into an authority in your market. As you become more visible, other opportunities for exposure and partnerships may arise, as well, such as media interviews and joint venture opportunities.
►Market your service. Repeated exposure is essential to building a strong customer base. Using social media properly can provide multiple outlets for such exposure, allowing you to constantly repeat your message in different formats for maximum effectiveness.
►Reduce administrative costs. Educating prospective customers about how mortgages work can not only make them better-informed, it can reduce staff time significantly.
►Gain a competitive advantage. Many mortgage firms are reluctant to use social media due to the perceived legal and compliance risks—even though other regulated financial firms are actively developing social media programs. Managers should recognize that it is simply another "communications channel," as William Reichard advised in an article in National Mortgage Professional Magazine, "Just get started and don't get left behind," he says.

The big three social media sites
►Facebook: As of the fourth quarter of 2017, Facebook had 2.2 billion monthly active users, making it the world's largest social media site. In that same time frame, 1.4 billion active users visited Facebook on a daily basis, and available analytics on them rival search engine optimization (SEO) packages, as they allow you to hone your message and use targeted tactics.
As with all social media platforms, content quality on Facebook is key. Write concise, useful posts, and avoid doing so too frequently—like your Web site, visitors are more interested in what you can do for them than what they can do for you. It is especially important to create a great fan page as these have the potential to generate more traffic than company sites. In addition to these opportunities, Facebook allows paid advertisements. These can be restricted by subject, region and time of day. You may also pay to promote posts.
►Twitter: As of the fourth quarter of 2017, Twitter averaged at 330 million monthly active users, According to findings from a 2014 study by the analytics firm Twopcharts, approximately 44 percent of all people signed up for Twitter have never sent a single tweet, but actively watch other tweets, making this platform an incredible opportunity to reach a wide audience. Using hashtags to highlight subjects allows you to group tweets of the same topic together and thus provide a path for new followers to find you. Keep in mind, though, that experts advise limiting hashtags to no more than two per tweet, since they can be difficult to read and may be considered spam.
►LinkedIn: LinkedIn is a business-oriented social media site, used primarily for professional networking by its approximately 500 million users as of the first quarter of 2017, up from 467 million users the previous year. There is already a significant industry presence on LinkedIn. A recent search indicated more than 3,000 groups associated with the term "mortgage," including the Mortgage Bankers Association's 49,681 members; 35,345 general mortgage professionals; and 373 groups dealing specifically with "Home Mortgages." Groups are generally open to anyone, and include the postings, discussions and resumes of LinkedIn members.

Other important social media sites
►YouTube: YouTube boasts more than 1.3 billion visitors, with more than 30 million visitors to the site per day. Free to view by all members, videos range from simple to elaborate, produced by teenagers using mobile phone video cameras and major studios and television networks alike.
A recent query on the term "Mortgage" produced 1,690,000 results, such as, MoneyWeek's "Beginners' Guide to Mortgages" with 280,000-plus views, and "How to Pay Off a Mortgage Quickly," with 797,000 views. A strong, informational video can build and enhance your brand with minimal updates, but quality of content and presentation are essential.
In November 2013, Google announced that anyone using YouTube had to use their GooglePlus usernames. This move set the stage for the development of YouTube as a social media platform.
►GooglePlus: GooglePlus boasts 540 million active users. At least one social media industry observer believes that the future may be less about users interacting with friends and more about their harnessing social data to navigate and discover the world around them. Google has indicated that GooglePlus profiles are going to factor more in search rankings over time. This makes it a critical platform for businesses to explore.
►Pinterest: Pinterest has approximately 150 million users, with non-U.S. users now the majority of those signing up. Like YouTube, Pinterest features visual media—images and videos —and emphasizes active user involvement. Accounts can be linked to other social media platforms, as well. Women users outnumber males almost two-to-one on the site.
►Web pages and blogging: Virtually every business in the mortgage industry maintains one or more proprietary Web sites generally providing information about the history of the company, its employees and services. Some of these sites consist of static pages that are changed infrequently, while others maintain a blog or a section with regular updates or posts on subjects of interest to targeted customers and prospects.
►Compliance and social media: While institutions may be concerned about unknowingly violating rules and regulations with their social media campaigns, those violations are not likely to be extraordinary or unmanageable. All that is required is a thorough understanding of laws relating to social media, and an active risk management program. The Federal Financial Institutions Examination Council (FFIEC) will be issuing guidance to ensure that firms adequately address compliance and reputation risks for social media activities. Before and after those guidelines are announced, however, all dealings with the public should be truthful, transparent, and beneficial to the community.

Not everyone agrees that a social media marketing approach is worthwhile, considering the risks involved. Mark Madsen, Marketing Officer at LeaderOne Financial, claims that the number of potential risks is overwhelming if you take into consideration the full digital marketing sales and conversions funnel.
"I can tell you with 100 percent confidence that a simple less-risky Internet marketing strategy will produce more revenue for your mortgage company than worrying about a multi-channel social media advertising campaign," Madsen advises.
He also suggests that consumer-direct marketing strategies and niche Web sites focused upon consumer education are not only less risky, but more effective. The rule-of-thumb for any marketing campaign, Madsen cautions, whether consumer-direct or social media-based, is consistency, inclusiveness and transparency in your writing and publication.

Final thoughts
As Steven J. Ramirez, writing in the April 25, 2014 issue of National Mortgage Professional Magazine, was clear about the benefits: "Bottom line ... when used correctly, social media can be one of the most valuable business tools readily available to lenders today."
Social media is not going away, despite attempts to regulate or hinder its use. Smart mortgage professionals are going to develop new strategies consistent with pending regulations and move quickly to gain market advantage—others are going to be left behind. Where will your company stand?
Mike Lewis is a retired business executive and personal finance columnist.
This article originally appeared in the May 2018 print edition of National Mortgage Professional Magazine.
Link copied
Published
May 29, 2018
Coming Up See All
Oct
19
Suncoast Mortgage Expo
Tampa, FL
Nov
10
Motor City Mortgage Expo
Detroit, MI
Nov
18
Texas Mortgage Roundup – Houston
Houston, TX
Get the Daily
Advertisement
Advertisement
Industry News
ChainLogix Appoints New Vice President, Operations