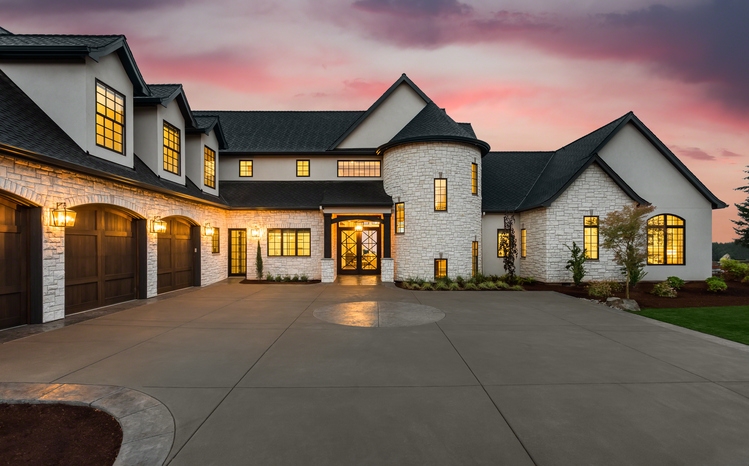 Luxury home prices rose 5.2 percent year-over-year to an average of $1.9 million during the second quarter, according to new data from Redfin. The represents a lower growth than 7.3 percent annualized spike recorded in the first quarter.
However, Redfin determined that luxury homes went under contract after an average of 65 days on market, six fewer days than one year earlier and the fastest pace on record since Redfin began tracking this metric in the first quarter of 2009. Oakland, Calif., had the fasted sales for this sector at 17 days, followed by San Jose at 19 and San Francisco at 29.
The greatest price spike in luxury homes were found in West Palm Beach, Fla., where the average sale price for a luxury home soared by 85 percent from the previous year to $2.24 million. Luxury home prices were up 59.1 percent in Boynton Beach, Fla., 27.7 percent in Henderson, Nev., and 27.5 percent in Seattle.
"Demand for luxury homes in the U.S. has strengthened this year because stock-market gains and tax reform put more money in the pockets of the wealthy," said Sheharyar Bokhari, Senior Economist at Redfin. "Yet the inventory shortage is ongoing--even among multi-million-dollar homes. As a result, we are seeing luxury homes sell in record time. The good news is that inventory declined at a slower rate last quarter, which has alleviated some of the upward pressure on prices, resulting in slightly lower price growth in the luxury market last quarter."
Redfin’s data reaffirmed similar reports released last week by Realtor.com and Zillow that the luxury housing market is showing no signs of abating. Realtor.com noted luxury home sales recorded double-digit annualized gains in 19 markets during July while Zillow predicted 23 more cities will be added to its “$1 Million City List” of markets where the median home value is $1 million of more. There are currently 197 cities on that list, 33 of those breaking the seven-figure threshold in the past 12 months. 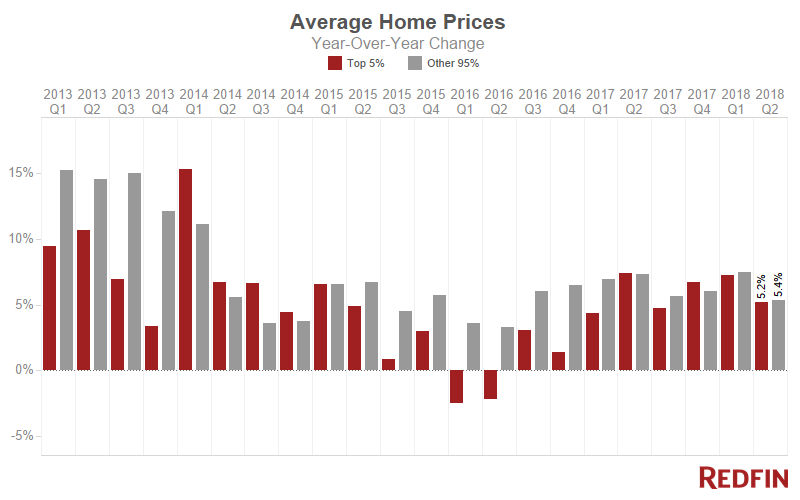