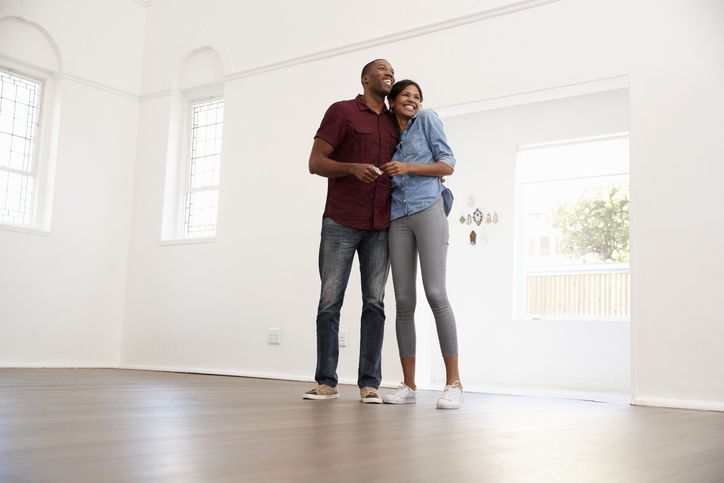 Sixty-seven percent of people surveyed in a new Gallup Poll believe African-Americans in their community have the same chance as whites to get any housing they can afford. This represents the lowest point since Gallup began its annual survey on the intersection of race and socioeconomic issues in 1989.
Gallup polled 6,500 adults for its new survey. When dividing respondent response along racial lines, 72 percent of whites and 40 percent of African-Americans said households from both races had the same opportunity to buy whatever residential property they can afford. In a separate poll concentrating on Hispanics’ views, 67 percent of Hispanics said there was equality in housing.
Along partisan lines, 90 percent of Republican respondents said there was equal opportunity in housing, compared to 71 percent of Independents and 40 percent of Democrats.
“On what would have been Martin Luther King Jr's 90th birthday, recent Gallup polling finds perceptions of equality for blacks continuing a downward slide,” commented Lynda Saad, senior editor at Gallup. “Fewer Americans now compared with any time in the past three decades believe blacks are on par with whites in obtaining jobs and housing. Public perceptions about racial equality were fairly positive from the 1980s through the start of Barack Obama's presidency in 2009, but have grown less so since.”
Link copied
Published
Jan 21, 2019
Coming Up See All
Oct
06
How to Use Credit as A Strategic Tool to Attract More Leads, Make Better Offers and Close More Loans
Webinar
2:00 PM ET
Oct
11
California Mortgage Expo – SF/Oakland
San Francisco, CA
Oct
13
Close More Loans for Self-Employed Borrowers
Webinar
2:00 PM ET
Get the Daily
Advertisement
Advertisement
Distributed Retail
PennyMac Financial Services Appoints New Chief Mortgage Innovation Officer