More Than One-Third of Homebuyers Earn More Than $100K 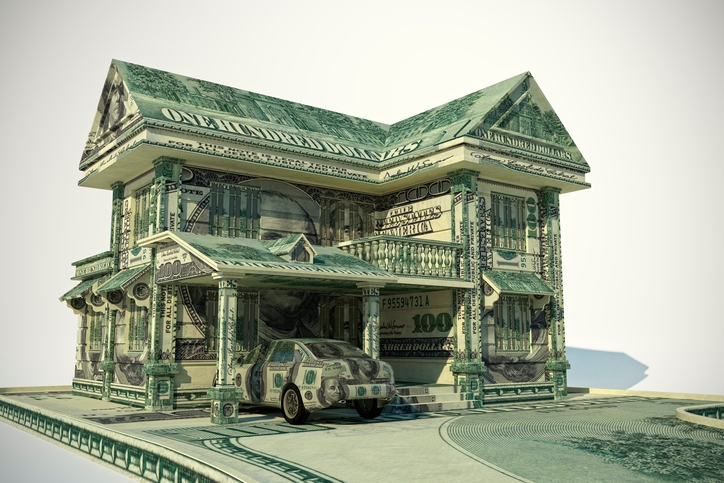 Today’s average homebuyer earns more than 62.7 percent of all households, up from 59.8 percent in 2012, according to new data from Zillow. However, the value of a typical home is now greater than half of an entire year’s median income.
Zillow noted that seven years ago, only five of the 35 largest metro areas—Boston, New York City, San Francisco, San Jose and Washington, D.C.—had a majority of homebuyers making more than $100,000 a year. Five years later, six more markets joined this group: Dallas, Denver, Los Angeles, Portland and Seattle. In 2012, only 30.4 percent of homebuying households made more than $100,000, whereas that share increased to 38 percent within five years.
However, the share of homebuyers earning less than $50,000 fell from 35.5 percent to 27.8 percent between 2012 and 2017, while the share of buyers earning from $50,000 to $100,000, remained unchanged at 34.1 percent. And Zillow noted the disconnect between home values and household incomes became greater: Home values climbed by 50 percent over the past seven years, but household incomes inched up by only 11.3 percent. Thus, the ratio of home values to incomes increased from 2.96 in the third quarter of 2011 to 3.5 in the third quarter of 2018. 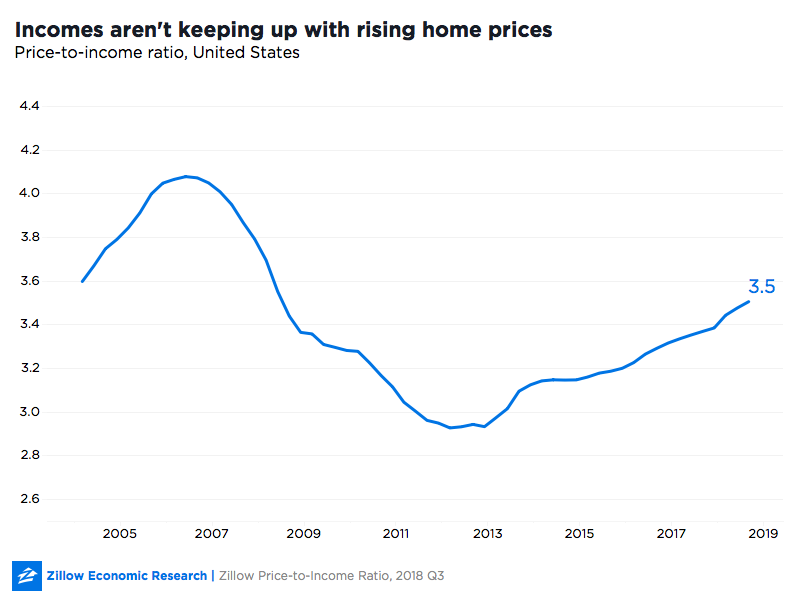