Sales of new single-family houses during November were at a seasonally-adjusted annual rate of 657,000, according to new data from the U.S. Census Bureau and the Department of Housing and Urban Development. November’s level represents a 16.9 percent increase from the revised October rate of 562,000, but it is also a 7.7 percent drop from the November 2017 estimate of 712,000.
The median sales price of new houses sold in November was $302,400, while the average sales price was $362,400. The seasonally-adjusted estimate of new houses for sale at the end of November was 330,000, which translates into a six-month supply at the current sales rate.
Separately, new data released by Zillow found only 19 percent of all home sold in December were purchased for more than their list price, down from 21 percent in November. This represents the largest month-over-month drop in seasonally-adjusted data since 2012. Eight of the 10 largest markets experienced this decline, with only Philadelphia and Washington, D.C., bucking the trend.
Nonetheless, the annual share of homes sold above list price still trended upward for the fourth consecutive year, albeit at a much slower pace: 23.5 percent of homes sold above list price in 2018, compared to 22.7 percent in 2017, while the median amount above asking that sellers realized fell from $7,000 to $6,830.
“Last year marked an inflection point in the housing market. The first half of 2018 looked a lot like the previous three years with sellers firmly in control of the market and buyers outbidding each other for scarce inventory, pushing up prices,” said Zillow Senior Economist Aaron Terrazas. “But something shifted mid-summer. Sellers sitting on the sidelines joined in, increasing inventory. The balance of power began to swing marginally back toward buyers–particularly in higher-priced communities–during the second half of the year, an unfamiliar chill after several years of frenzied activity. With mortgage rates now back down, early data from the first month of 2019 suggest that it is still premature to call it a buyer's market. But more than any time in recent memory, it is important for sellers to be thoughtful in their listing strategy. Buyers are out there, but they're no longer fighting each other tooth and nail to get in the door.” 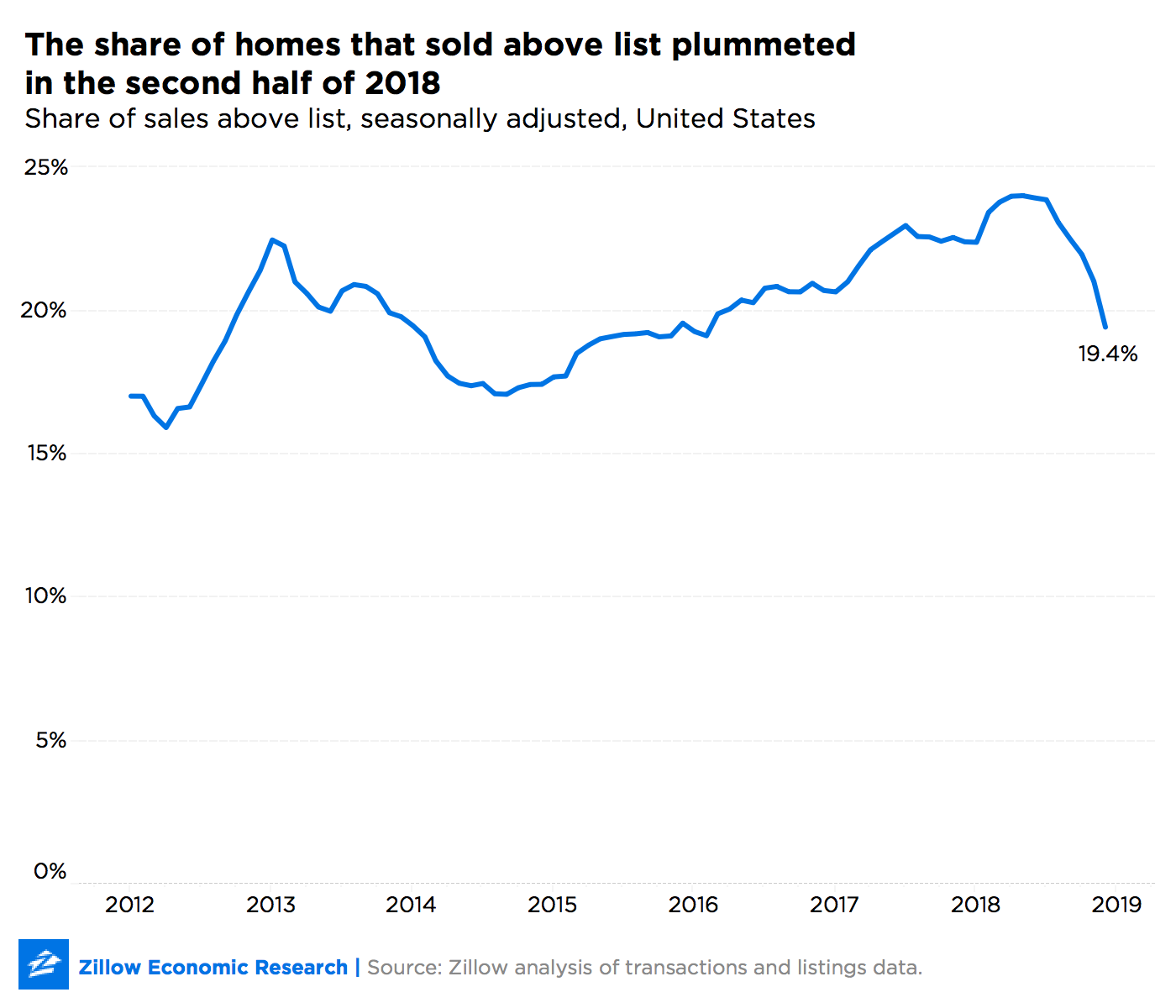