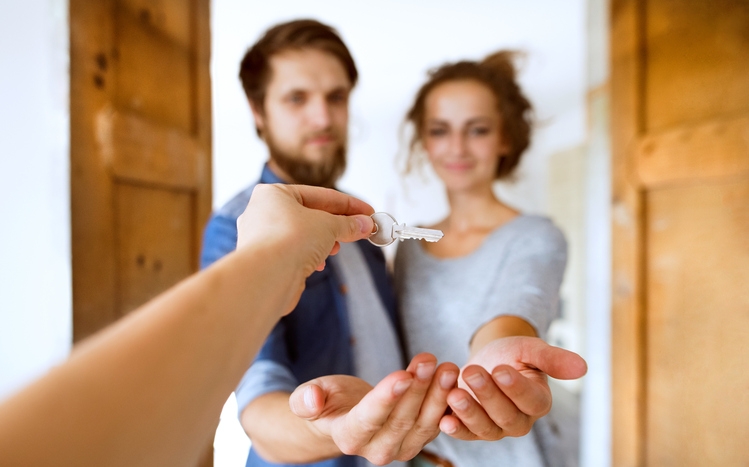 Despite a rise in interest rates and tight inventory, Millennials closed a higher share of purchase loans year-over-year in December 2018, according to the latest Ellie Mae Millennial Tracker.
The share of purchase loans obtained by Millennials increased year-over-year by four percent in December, accounting for 88 percent of all loans closed by this youthful demographic. Refinance activity accounted for 10 percent of all closed loans for Millennials during the month.
For all of the December loans closed by Millennial, 68 percent were Conventional, 27 percent were FHA, and VA and other loans accounted for two and three percent respectively. There was an 87 percent share of conventional purchase loans during the month, up by seven percent from one year earlier. The average FICO score for Millennial borrowers on all closed loans dropped to 721, compared to 722 in December 2017.
“Many Millennials are prioritizing homeownership and rather than being deterred by a tight market, they’re increasingly competing for available homes or moving to areas where inventory is more robust,” said Joe Tyrell, Executive Vice President of Corporate Strategy for Ellie Mae. “The average age for a Millennial homebuyer in December was 29.5 years old, the lowest for any month in 2018. This may be driven in part by younger borrowers who no longer feel the need to wait for a typical life event like marriage before buying a home. In fact, from 2016 to 2018, 63 percent of borrowers between the age of 20 and 29 were single when they closed their loans.”
Link copied
Published
Feb 08, 2019
Coming Up See All
Oct
06
How to Use Credit as A Strategic Tool to Attract More Leads, Make Better Offers and Close More Loans
Webinar
2:00 PM ET
Oct
11
California Mortgage Expo – SF/Oakland
San Francisco, CA
Oct
13
Close More Loans for Self-Employed Borrowers
Webinar
2:00 PM ET
Get the Daily
Advertisement
Advertisement
Analysis and Data
The Kids Want To Be Homeowners