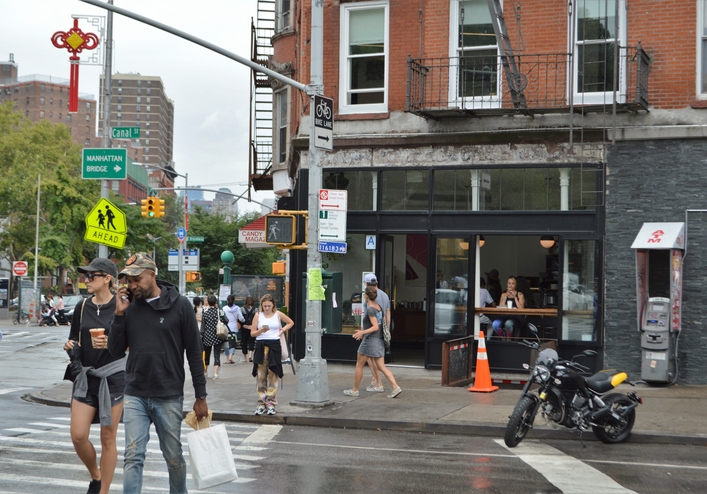 While gentrification can help to revitalize rundown urban neighborhoods by bringing in improved housing, retail and employment opportunities, it can also have a negative impact by forcing longtime residents out. According to a new study by National Community Reinvestment Coalition (NCRC), the most extreme results of gentrification–rapid increases in property values, taxes and rental housing–resulted in the force exodus of more than 135,000 residents in 230 neighborhoods between 2000 and 2013.
The NCRC reported that seven cities accounted for nearly half of the gentrification nationally: New York City; Los Angeles; Washington, D.C.; Philadelphia; Baltimore; San Diego and Chicago. Washington, D.C. had the highest percentage of gentrifying neighborhoods, with nearly half of the city’s neighborhoods eligible for gentrification in 2000 and 41 percent of those neighborhoods gentrified by 2013, resulting in the displacement of more than 20,000 people.
The NCRC added that forced displacement by gentrification was primarily occurring in predominantly nonwhite urban neighborhoods. Philadelphia, which saw more than 12,000 residents were impacted by cultural displacement centered around the core business district between 2000 and 2013, was ranked as being among the worst cities for black displacement.
“We’ve shown, with census and other data, that the influx of new, wealthier people into once struggling neighborhoods also drove out more than 135,000 people from a handful of booming cities,” said Jason Richardson, NCRC’s Director of Research and one of the study’s authors. “We’ve also shown that revitalization of struggling neighborhoods is unevenly distributed. The big investments that fuel gentrification and cultural displacement didn’t reach most of the nation’s poorest neighborhoods and rural areas.”
Link copied
Published
Mar 19, 2019
Coming Up See All
Sep
28
DealDesk: Introduction to Acra Lending's Light Doc Programs
Webinar
2:00 PM ET
Sep
29
How to Win with Non-Delegated Correspondent - Key Insights on the Model and Fulfillment Solutions
Webinar
2:00 PM ET
Oct
06
How to Use Credit as A Strategic Tool to Attract More Leads, Make Better Offers and Close More Loans
Webinar
2:00 PM ET
Get the Daily
Advertisement
Advertisement
Industry News
Angel Oak Layoffs Add To Growing List Of Non-QM Cuts