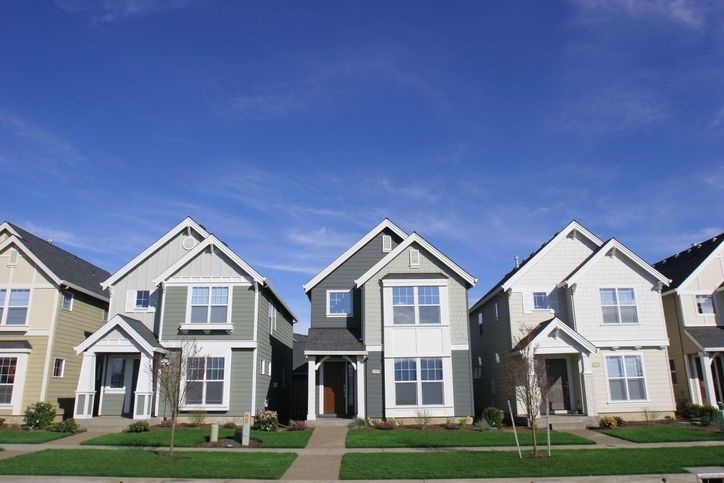 Today’s housing data news finds a seesaw ride with home sales going down, while mortgage applications are going up.
According to the latest RE/MAX National Housing Report, home sales in February fell year-over-year for the seventh straight month. However, last month’s 4.2 percent decline was the smallest since the 1.1 percent drop that began this downward motion last August.
While sales were down, the national housing inventory grew 5.8 percent year-over-year, the fifth consecutive month of growth. The 3.4-month inventory supply in February was up slightly from the 3.1-month supply one year earlier. And the $240,000 median sales price was a 5.5 percent year-over-year gain a February record in the 10-year history of the RE/MAX report.
“Trends of five months or more often indicate significant shifts, and the year-over-year trends in declining sales and rising inventory have both reached that length now,” said RE/MAX Chief Executive Officer Adam Contos. “It’s interesting to see the slowing sales and growing inventories that benefit buyers and at the same time the record prices that benefit sellers. The big picture supports an ongoing return to more balanced conditions.”
Separately, the Mortgage Bankers Association’s (MBA) Weekly Mortgage Applications Survey for the week ending March 15 found the Market Composite Index up by 1.6 percent on a seasonally adjusted basis from one week earlier while the unadjusted index increased two percent.
The seasonally adjusted Purchase Index squeaked upwards by 0.3 percent from one week earlier and the unadjusted index was up by one percent compared with the previous week—the latter was also one percent higher than the same week one year ago. The Refinance Index increased four percent from the previous week and the refinance share of mortgage activity increased to 39.2 percent of total applications from 38.6 percent the previous week.
Among the federal programs, the FHA share of total applications remained unchanged from 10.4 percent the week prior while the VA share of total applications increased to 10.6 percent from 10.2 percent and the USDA share of total applications remained unchanged from 0.6 percent.
“Mortgage rates declined once again, as concerns about the slowing global economy and status of Brexit continued to drive investors’ demand for U.S. Treasuries, ultimately pushing yields lower,” said Joel Kan, Associate Vice President of Economic and Industry Forecasting. “Rates for most loan types were at their lowest levels in over a year, with the 30-year fixed mortgage rate falling to 4.55 percent–its lowest reading since last February. Although lower rates sparked a 3.5 percent increase in refinance applications, purchase activity was up only slightly last week and from a year ago.”
Link copied
Published
Mar 20, 2019
Coming Up See All
Oct
06
How to Use Credit as A Strategic Tool to Attract More Leads, Make Better Offers and Close More Loans
Webinar
2:00 PM ET
Oct
11
California Mortgage Expo – SF/Oakland
San Francisco, CA
Oct
13
Close More Loans for Self-Employed Borrowers
Webinar
2:00 PM ET
Get the Daily
Advertisement
Advertisement
Analysis and Data
The Kids Want To Be Homeowners