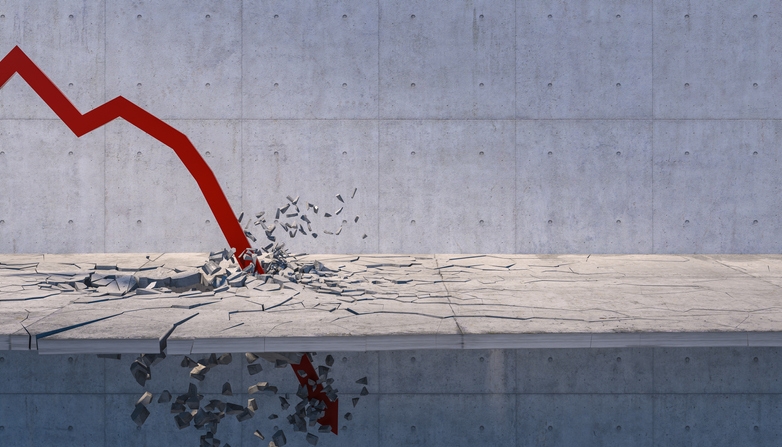 Insurance executives are predicting the U.S. will enter an economic recession sometime within the next two years, according to the annual Goldman Sachs Asset Management (GSAM) insurance survey.
In a survey of 307 chief insurance officers and chief financial officer, 41 percent of respondents forecast a recession in 2020 and another 41 percent believe it will occur in 2021, while 16 percent didn’t expect it to happen in the next three years and two percent think a recession is coming this year. Furthermore, slowing global growth and the reintroduction of market volatility resulted in heightened credit cycle concerns among insurers, with 85 percent of respondents believing the economy is in the late stage of the cycle—in last year’s survey, that share was 34 percent. However, only seven percent of respondents were concerned about rising interest rates, versus 30 percent last year.
"As global insurers prepare for a potential market downturn, they are taking a more selective approach to risk by decreasing allocation to public equities," said Michael Siegel, GSAM's Global Head of Insurance Asset Management, in a news release announcing the survey results. "Insurers are also shifting their asset allocation to higher returning, less liquid asset classes such as private equity in order to avoid exposure to the increased volatility as speculation around a recession continues to rise."
The GSAM survey mirrors a survey released in February by the National Association for Business Economics that found nearly half of respondents predicting the U.S. will go into a recession by the end of 2020 and three-quarters of respondents forecasting an economic downturn by the end of 2021. However, a TD Bank survey of real estate brokers in January found only 25 percent of respondents expressing fear of a new recession, with the majority of respondents (41 percent) identifying the lack of housing inventory as the biggest issue facing the real estate market in 2019.
Link copied
Published
Apr 25, 2019
Coming Up See All
Oct
06
How to Use Credit as A Strategic Tool to Attract More Leads, Make Better Offers and Close More Loans
Webinar
2:00 PM ET
Oct
11
California Mortgage Expo – SF/Oakland
San Francisco, CA
Oct
13
Close More Loans for Self-Employed Borrowers
Webinar
2:00 PM ET
Get the Daily
Advertisement
Advertisement
Analysis and Data
The Kids Want To Be Homeowners