Survey: 30 Percent Within Three Paychecks of Needing to Borrow Money 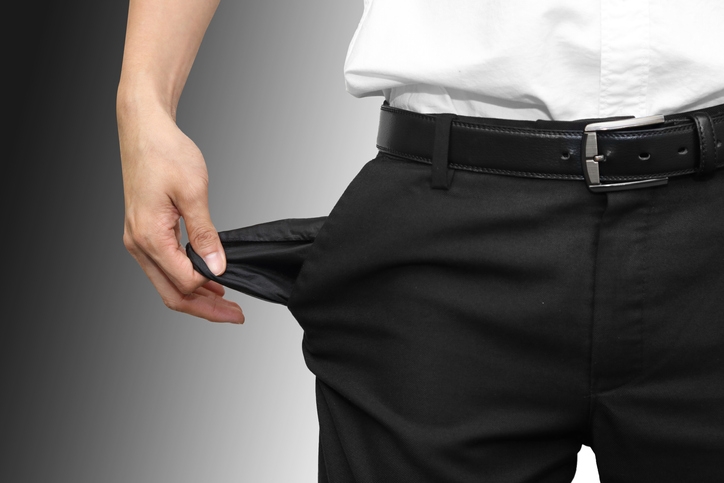 Nearly one-third of adults are within three paychecks of either needing to borrow money or skip paying their bills just to stay financially afloat, according to the 2019 Planning & Progress Study released today by Northwestern Mutual.
The new study also found 22 percent of adults have less than $5,000 saved for retirement and 15 percent have no retirement funds stashed away. Fifty-six percent of adults stated they did not know how much they will need to retire comfortably, with 22 percent of non-retired adults predicting Social Security will not be available when they retire. Forty-five percent of adults believed there was a chance they will outlive their savings and 41 percent admitted they have not taken any steps to address that possibility.
Furthermore, 46 percent expected to work past the traditional retirement age of 65. However, 53 percent stated they would past age 65 by choice, compared to 47 percent who say it will be out of necessity.
"People are skating on some very thin ice financially," says Emily Holbrook, senior director of planning at Northwestern Mutual. "Given what we know about savings levels, the number of people who can afford to retire at 65 is low. At the same time, people across the country are changing what the face of retirement looks like and getting satisfaction well beyond their bank accounts by continuing to work. The combination of those factors–affordability and lifestyle–form the bedrock of a good financial plan."
The 2019 Planning & Progress Study was conducted by The Harris Poll on behalf of Northwestern Mutual and included 2,003 American adults aged 18 or older in the general population.
Link copied
Published
Jun 12, 2019
Coming Up See All
Oct
06
How to Use Credit as A Strategic Tool to Attract More Leads, Make Better Offers and Close More Loans
Webinar
2:00 PM ET
Oct
11
California Mortgage Expo – SF/Oakland
San Francisco, CA
Oct
13
Close More Loans for Self-Employed Borrowers
Webinar
2:00 PM ET
Get the Daily
Advertisement
Advertisement
Wholesale
loanDepot Again Reduces Funding Capacity By $500M