Most Median-Priced Homes Out of Reach for Average Wage Earners 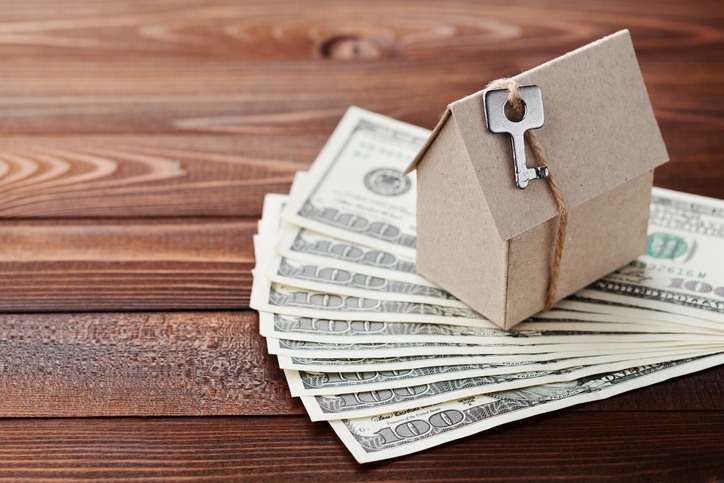 The average wage earner in nearly three-quarters of the nation cannot afford the local median-priced home during the second quarter, according to a new analysis released by ATTOM Data Solutions.
The new analysis determined that median-priced homes were unaffordable to average wage earners in 353 of 480 counties tracked for the report, or 74 percent. Home price appreciation outpaced average weekly wage growth in 192 of the 480 counties analyzed in the report, or 40 percent, while 323 counties (67 percent) required at least 30 percent of their annualized weekly wages to buy a home in the second quarter.
However, 393 of the 480 counties analyzed in the report, or 82 percent, posted a year-over-year increase in the affordability index, meaning that home prices were more affordable than a year ago. This included California’s Los Angeles and San Diego Counties, Illinois’ Cook County (Chicago), Texas’ Harris County (Houston) and Arizona’s Maricopa County (Phoenix).
“Despite falling mortgage rates and rising wages, the cost of owning the typical home remains out of reach or a significant financial stretch for the nation’s average wage earners,” said Todd Teta, Chief Product Officer at ATTOM Data Solutions. “However, a closer look at the data reveals milder-than-usual increases for the spring, and none as severe as in previous years since the recession. Therefore, this can help indicate the market may be easing, following similar indicators from recent home-flipping and foreclosure data trends.” 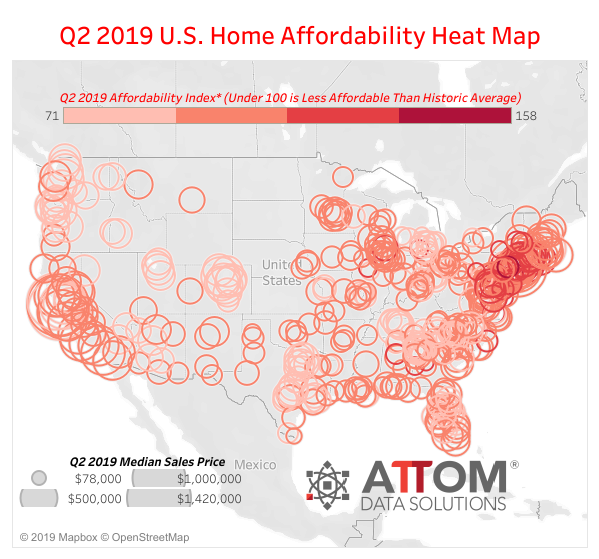