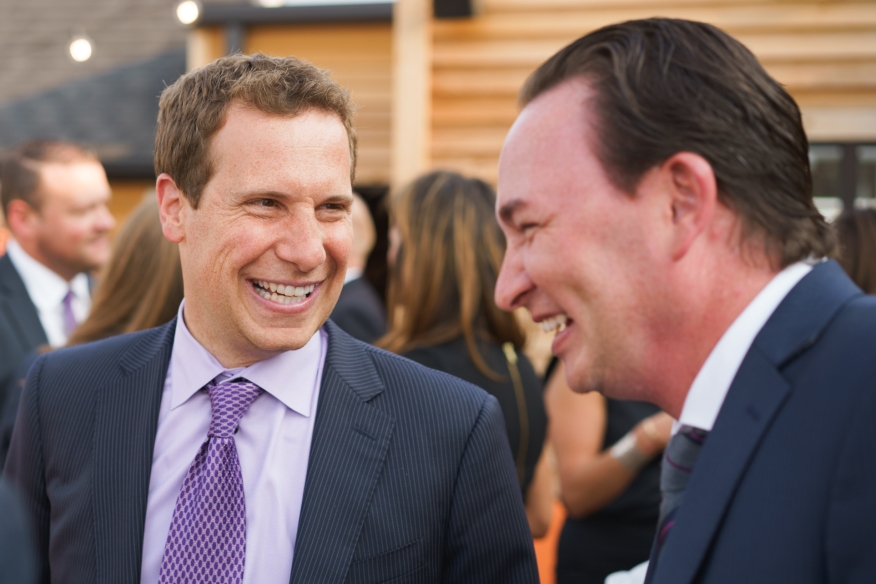 I don’t think there exists a mortgage broker working in the business today who doesn’t know the name of our Mortgage Professional of the Month. As president and chief executive officer of United Wholesale Mortgage (UWM), Mat Ishbia leads a team of 4,600 professionals who are all engaged in the singular task of making today’s mortgage broker better at servicing the needs of today’s home loan borrowers.
It was a pleasure to sit down with Ishbia recently to talk about his company, his work and his success. While this was the first time this reporter had this conversation with him, it was not the first time he’s been recognized by National Mortgage Professional Magazine for the excellent work he and his team have accomplished in our industry. 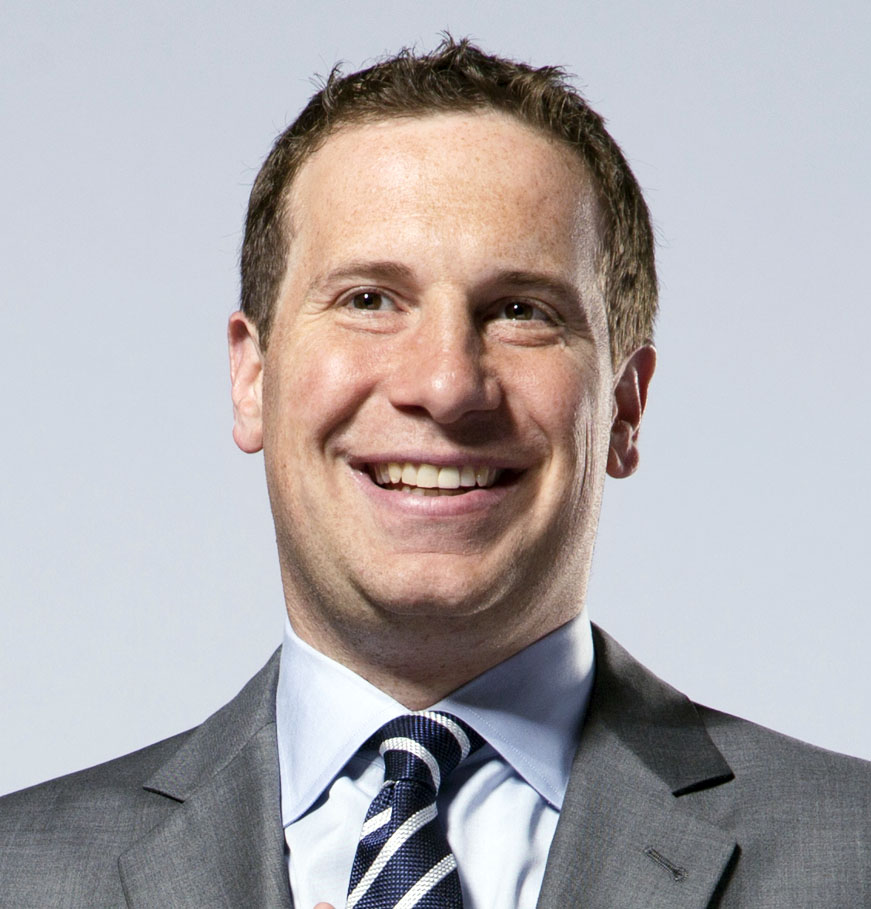 And that led me to my first question. An NCAA champion who had a dream job as a basketball coach and who could have made a career for himself in just about any industry, I wanted to know why Ishbia had chosen the mortgage industry and then stayed with it for 16 years.
“I love the mortgage industry,” Ishbia said. “It’s about the impact you can have on people. I didn’t think I could get that feeling out of going to just any industry.”

Ishbia says that there are three distinct groups of people that his work impacts every day. First, American consumers. These are the people pursuing their dream and the company Ishbia has built has the opportunity to finance that dream. While this is a critical part of the process of homeownership, it’s not always the first one consumers think of. As Ishbia puts it: “No one wakes up in the morning excited to get a new mortgage,” he said. “They want to buy a home. We help them get that done easily, quickly and affordably.”
The second group is the mortgage broker. Ishbia says these professionals are the local, small businesses that make their communities great. He says UWM was built to have an impact on these individual entrepreneurs.
“We're very passionate about that,” he said. “I love making an impact, so I love hearing stories about a broker shop that did 10 loans a month a year ago but now, because of some of the tools we’ve given them or speed we’ve been able to offer their clients, they are doing double that or more.”
The third group UWM impacts is made up of the 4,600 people, who Ishbia calls team members, that currently work at the company.
“I like to think I could be successful running another business, but there aren’t too many businesses that could allow me to have this kind of impact every day,” he said.

Anyone who has ever visited with Mat Ishbia or read one of his interviews knows that he is, at heart, an athlete. What he learned as a champion player on the basketball court, he has brought into the game of business. He is a team player and a team builder.
“UWM is not just me. It's a great group of people,” he said. “I've got great leaders who help me do everything. I get more credit than I deserve.”
Not everyone would agree with that last statement, but no one can argue with the fact that UWM has an impressive team. It’s a team that has taken the company to the number one spot among wholesale lenders and to a top five national loan originator.
“I work with dream makers,” he said. “We help people accomplish dreams every day. What could be better than that? I'll be here for the next 30 years, doing the same thing.”
Mortgage brokers are a critically important part of the team that Ishbia has assembled for the benefit of home loan borrowers.
“I'm a team guy and so I'm proud to be on the same team with our brokers,” he said. “There was a time when our industry left the brokers for dead. I’m proud that we didn't do that. We doubled down because we believe in the broker channel.”

The broker as champion

I asked him what it takes in today’s market to be a leading broker.
“A great mortgage broker is someone that understands that it's all about the relationship,” he said. “They are active in the community, writing the loan for their kid’s baseball coach and for the teachers and the PTA. And they understand that everything is client experience.”
Ishbia says UWM works with brokers today who have built their reputations around the relationship and the origination experience. He says this is the best insurance against disruption, which he points out is a major risk in today’s market.
“Brokers who understand reputation management see their clients come back to them,” Ishbia said. “They stay in touch with them; they touch base with them on their birthdays. They do all the little things required to build those relationships. And that's what makes a great broker.”
Ishbia says his company seeks out brokers that understand the importance of relationships and borrower experience and who have built their reputations around these values. Then, UWM helps them deliver on the promise that their reputations are making in the marketplace.
To make that happen, Ishbia counts on everyone on his team pulling in the same direction, playing the same game and winning. It’s one thing to work toward that goal in a company of a few people, but when you get well over 4,000 people on the team, it can become a bit challenging.
Ishbia isn’t worried by that challenge. In fact, he thinks it’s a much bigger issue than that.
“I wouldn’t be satisfied if it was only the 4,600 people in our company that understood the UWM brand and what we stand for,” he said. “I want all 40,000 brokers in the nation to understand what our brand is and what we stand for.”
So, what exactly is that brand promise, we wanted to know.
“The first words that come to mind whenever you ask someone about UWM will be speed and service,” Ishbia said. “From a branding perspective, we are known as fast and efficient.”
Ishbia said his entire team is dedicated to providing the best service possible every single time, and to do so very quickly.
“The second word that will come to everyone's mind when you ask about the UWM brand is ‘partner.’ We are the partner that helps brokers become champions,” he said.
Ishbia said that whether it’s in reference to his personal brand or the brand of his company, it comes down to being the number one supporter of the broker.
“We're proud of that,” he said, “because the mortgage broker is the best option for the consumer.”
But there is another word that many will associate with UWM, Ishbia told us, and that word is technology.
“We have almost 700 people working in our office every single day, building technology for brokers,” he said. “That’s how we make it faster and easier for the broker to do this work and more affordable for the consumer.”
But making sure that the industry understands the company’s brand and its position in the market is not a one-and-done proposition. It takes work and Ishbia says his team is always spreading the UWM story.
“Everyone at our company knows who we are, very clearly,” he said. “We communicate that effectively. We let our partners know who we want to be, and we work hard toward that every single day.”
Like a professional athlete, Ishbia applies focus to that task, just as he focused on wholesale lending to the exclusion of any other line of business.
“I have no insurance company. I am not a retail mortgage guy. I don't do title insurance. I'm nothing else but a wholesale mortgage lender and it's very clear to people that we are trying to be the best at one thing, which is serving brokers and helping them take great care of their consumers and their businesses in their local markets,” he said.
As for the company’s future, Ishbia says he’s just getting started.
“We’re originating more than $100 billion this year, but we’re not stopping,” Ishbia said. “We're going to go double this thing again over the next couple of years.”
Rick Grant is special reports editor for National Mortgage Professional Magazine and Mortgage News Network. He may be reached by phone at (570) 497-1026 or e-mail [email protected].
Link copied
Published
Mar 23, 2020
Coming Up See All
Jul
06
Mortgage Star for Women
New Orleans, LA
Jul
07
Ultimate Mortgage Expo
New Orleans, LA
Jul
21
Arizona Mortgage Expo
Chandler, AZ
Get the Daily
Advertisement
Advertisement
Analysis and Data
Construction Spending Dips 0.1% In May, 1st Decline In 8 Months