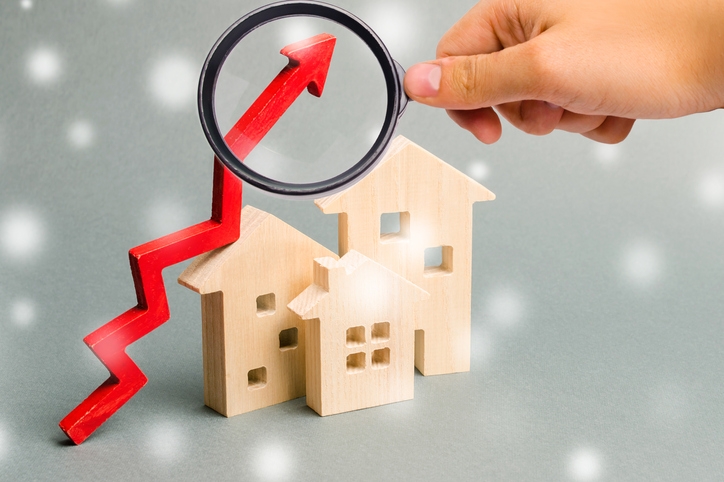 According to the Mortgage Bankers Association’s (MBA) Weekly Mortgage Applications Survey, mortgage applications increased 15.3 percent from a week earlier for the week ending March 27, 2020. Last week, mortgage apps took a 30 percent dive as the COVID-19 pandemic began to grip the nation. The Refinance Index increased 26 percent from the previous week, and was 168 percent higher than the same week one year ago. The seasonally-adjusted Purchase Index decreased 11 percent from one week earlier. The unadjusted Purchase Index decreased 10 percent compared with the previous week and was 24 percent lower than the same week one year ago.
“Mortgage rates and applications continue to experience significant volatility from the economic and financial market uncertainty caused by the coronavirus crisis. After two weeks of sizeable increases, mortgage rates dropped back to the lowest level in MBA’s survey, which in turn led to a 25 percent jump in refinance applications,” said Joel Kan, MBA’s associate vice president of economic and industry forecasting. “The bleaker economic outlook, along with the first wave of realized job losses reported in last week’s unemployment claims numbers, likely caused potential homebuyers to pull back. Purchase applications were down over 10 percent, and after double-digit annual growth to start 2020, activity has fallen off last year’s pace for two straight weeks. Buyer and seller traffic–and ultimately home purchases–will also likely be slowed this spring by the restrictions ordered in several states on in-person activities.”
The refinance share of mortgage activity increased to 75.9 percent of total applications from 69.3 percent the previous week. The adjustable-rate mortgage (ARM) share of activity decreased to 3.2 percent of total applications. The FHA share of total applications increased to 9.1 percent from 8.4 percent the week prior. The VA share of total applications remained unchanged from 12.5 percent the week prior.
Speaking of the rise in refis, the latest Ellie Mae Millennial Tracker found that refi activity among Millennials surged in February, as interest rates dropped to near-record lows. The Tracker found that the average interest rate on all closed loans to Millennial borrowers dropped to 3.86 percent, down from 3.94 percent the month prior. Millennials had not seen an average rate this low since November 2016 and took advantage of the opportunity by refinancing and securing more favorable rates for their mortgages. The refinance share for all closed loans to Millennial homeowners in February was 34 percent, tied for the highest share since Ellie Mae began tracking this data in 2016. For Conventional loans, which represented 75 percent of all loans closed by this group for the month, refinance share shot up to 41 percent as average rates for this loan type lowered month-over-month from 3.98 percent to 3.86 percent.
"Economic impacts due to COVID-19 played a role in lowering interest rates in February and Millennial homeowners were quick to take advantage and refinance their mortgages," said Joe Tyrrell, chief operating officer at Ellie Mae. "While rates are currently favorable for consumers, we're closely monitoring how COVID-19, and the resulting rate cut from the Federal Reserve, will impact every step of the homebuying and refinancing process and, in turn, the mortgage finance industry. Lenders who have invested in the requisite technology will be better positioned to work with buyers and owners who are increasingly interested in taking these processes virtual."
Link copied
Published
Apr 01, 2020
Coming Up See All
Oct
07
Colorado Mortgage Summit
Denver, CO
Oct
12
California Mortgage Expo – San Francisco
San Francisco, CA
Oct
19
Suncoast Mortgage Expo
Tampa, FL
Get the Daily
Advertisement
Advertisement
Tech
LBA Ware And Experience.com Produce New Customer Satisfaction Integration