Brian D. Montgomery has been confirmed to serve as deputy secretary of the Department of Housing and Urban Development. Montgomery will manage the day-to-day operations of the agency, and advise and assist the secretary in leading HUD’s nearly 8,000 employees. 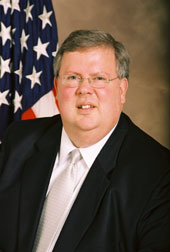 As Federal Housing Commissioner since June 2018, Montgomery has managed FHA’s more than $1.4 trillion mortgage insurance portfolio, which includes its single family, multifamily and health care programs. As assistant secretary for housing, Montgomery has overseen HUD’s Project-based Section 8 rental assistance housing program, the Office of Housing Counseling, and HUD’s Manufactured Housing Program.
“Brian has done an exemplary job both leading FHA and performing the additional duties of the deputy secretary since January 2019,” said Secretary Ben Carson. “As the head of FHA, Brian has helped HUD relieve the burden on renters and homeowners experiencing financial hardship, and to ensure no one loses their home as a result of this national health and economic emergency. The IT modernization effort underway at FHA under his stewardship has been central to our ability to continue to serve as a source of strength to the housing market. I am thrilled that the Senate agrees that he will be an excellent deputy secretary.”
With more than 30 years of experience in the public and private sectors, Montgomery brings to HUD a deep knowledge of housing issues and vast experience spearheading large-scale policy initiatives. During his first term as HUD’s assistant secretary for housing and FHA commissioner, he spearheaded regulatory reform of the Real Estate Settlement Procedures Act (RESPA), developed solutions to assist struggling homeowners during the financial crisis, and his leadership of FHA modernization efforts that led to legislation in 2008.
“As FHA Commissioner, Brian made significant strides to help improve housing opportunities for low- and moderate-income homebuyers and renters alike, and we look forward to seeing him continue similar efforts as deputy secretary,” said Mortgage Bankers Association president and CEO Robert D. Broeksmit in a statement. “With this confirmation complete, we hope the Senate will now quickly confirm the nomination of Dana Wade to replace him as FHA Commissioner.”
“I am honored to take on this new role ... during an extraordinary time for our country,” said Montgomery. “We will continue to do everything possible to protect our country’s most vulnerable populations–including the homeless, the elderly and many others with compromised health. We will provide critical support to low-income renters in public housing, seniors, people with disabilities and with AIDS, among others, including homeowners under stress at this time and those hoping to make it into a decent, safe, affordable home. I (am) humbled to be able to offer all that I can to our endeavors, to deliver it more effectively, efficiently, and with the highest integrity on behalf of American taxpayers.”
From January 2003 to April 2005, Montgomery served in the executive office of the president as deputy assistant to the president and cabinet secretary. In this role, he led the White House’s internal working group to monitor all facets of the Space Shuttle Columbia accident investigation for which he was awarded the NASA Exceptional Service Medal. Montgomery also served as deputy assistant to the president and director of presidential advance from January 2001 to January 2003. During that time, he traveled extensively with President George W. Bush, including on Sept. 11, 2001.
“The American Land Title Association applauds the Senate’s confirmation of Brian Montgomery as deputy secretary of (HUD),” said the association's CEO Diane Tomb. “Deputy Secretary Montgomery has been a steadfast, dependable leader during these uncertain times. We are fortunate to have a public servant of his caliber serving our country and working to help those most at risk to have access to affordable housing during this pandemic. Deputy Secretary Montgomery’s long-term expertise within the housing community will be extremely valuable to all Americans as we navigate our country through the current crisis.”
Link copied
Published
May 12, 2020
Coming Up See All
Jan
26
Mortgage Leadership Outlook: Karl Jacob
Facebook Live
•
1:00 PM PT
Jan
27
Making Money in Non-QM
Webinar
1:00 PM ET
Feb
08
Texas Mortgage Roundup — Austin
Austin, TX
Get the Daily
Advertisement
Advertisement
Analysis and Data
Housing Bubble? Buyers Say Yes, Economist Says No