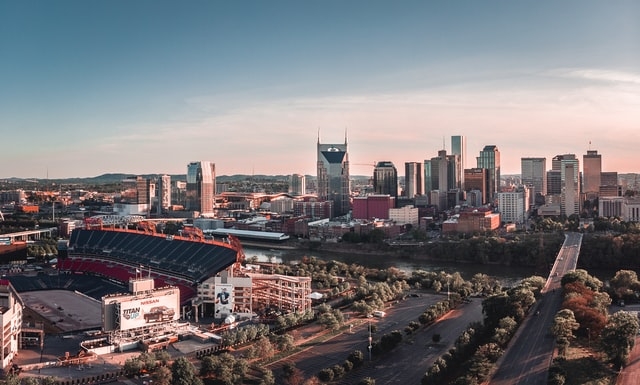 Folks who are moving into Nashville, Atlanta and Austin have a more than 30% bigger homebuying budget than locals, according to a recent report from Redfin. The report revealed that the budget for out-of-towners moving to Nashville in 2020 was $719,500, 48% higher than the $485,500 average budget for local buyers.

"Many homebuyers are now able to widen their searches to parts of the country that weren't options when they were tied to offices in expensive cities, and the consequences for popular destinations will be numerous," said Redfin chief economist Daryl Fairweather. "That's great news for remote workers because their San Francisco salary can buy a lot more in Nashville or Austin than the Bay Area. And for locals, the influx of wealthy homebuyers is both good news and bad news. Homeowners will see the value of their homes rise, but first-time homebuyers will face tougher competition from out-of-towners with big budgets. Local economies will change as well, with people like construction workers, plumbers, childcare workers and landscapers seeing increased demand and increased prices for their services—but that would mean higher prices for locals as well."

Interestingly enough, the Redfin report also points out that Californians are driving the up home prices in Nashville in Austin.

"I've lived in Nashville for 14 years and the joke is that $500,000 to $700,000 is the new $300,000 to $500,000," said Nashville Redfin agent Mike Estes, who often works with folks moving out of Los Angeles and Chicago. "But those who have lived in the area for many years typically can't afford to spend $500,000 to $700,000 on a home, and they often move into the suburbs or even farther out to find a home within their budget. Local homeowners are pleased with the increase in their property values, but they aren't always able to capitalize on it because they can't afford to buy in the same hot market. Meanwhile, people moving in from Los Angeles tend to think $700,000 is inexpensive, and they're shocked they can afford a 3,000-square-foot home with beautiful finishes for that price."

Click here to learn more from the Redfin report.