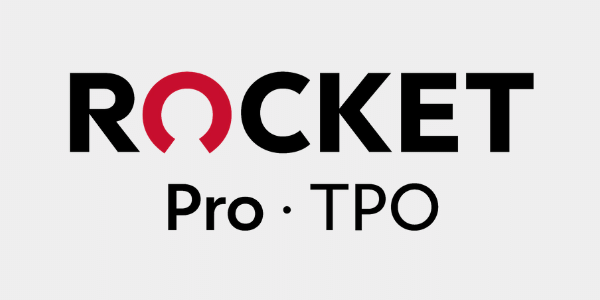 Last week, the mortgage industry was caught off-guard when United Wholesale Mortgage issued an ultimatum to brokers who do business with Rocket Mortgage or Fairway Independent Mortgage Corp. Not long after, Rocket Pro TPO's executive vice president, Austin Niemiec, issued a response. Over the weekend, Niemiec doubled down on that response with an email to brokers over the weekend, explaining why competition is important in the mortgage industry.

"Many of you have reached out to me directly to understand Rocket Pro TPO’s stance on the disturbing announcement from another lender in the broker channel," said Niemiec in his email. "The vast majority of the feedback I’ve received from you has been overwhelmingly positive and supportive of Rocket Pro TPO. We truly appreciate your commitment and dedication. If you are still deciding whether you will continue working with Rocket Pro TPO or will be bullied into limiting your choices and harming your business, I invite you to think about this in a different way. If you feel you have no choice but to sign UWM’s addendum, you will be signing away your freedom and, as a result, your ability to best serve your clients."

Niemiec added that the ultimatum was given to brokers as an act of fear. He stated that a quick glance at the numbers plainly shows why UWM has reacted so desperately.

"We have committed more than $100 million to Rocket Pro TPO technology in 2021 alone. We have added your information to our Rocket Mortgage website – visited by nearly 10 million consumers each month. We deliver consistent, competitive pricing that helps you win business. We have invested, and will continue to invest, in our purchase operations to deliver the best home buying experience to you and your clients," added Niemiec.

Niemiec also stated that the "lies out there that broker loans only make up a sliver of Rocket’s total loan volume" are not true. He would later present a series of charts which can be seen below.

"Take a look at the chart below and you’ll see our Rocket Pro TPO volume has continued to rise quarter after quarter, year after year. Notice the dramatic narrowing of the gap between UWM and Rocket Pro TPO’s lending," said Niemiec. "And please remember what happened last spring that affected many of you in such a negative way. As capital became tight for many lenders, UWM’s closed volume cratered. Rocket Pro TPO stood strong and was there to support the broker community during that challenging time, while many others weren’t. We know brokers remember how partners act when times get tough, and we are proud of our support." 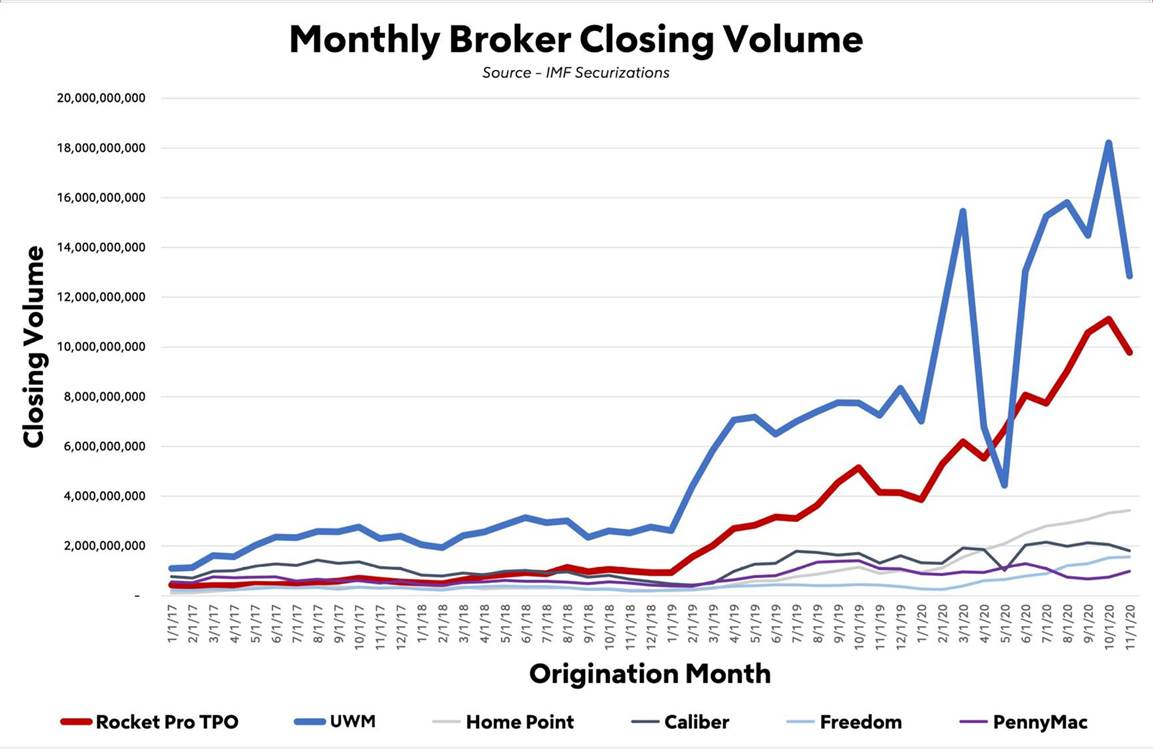 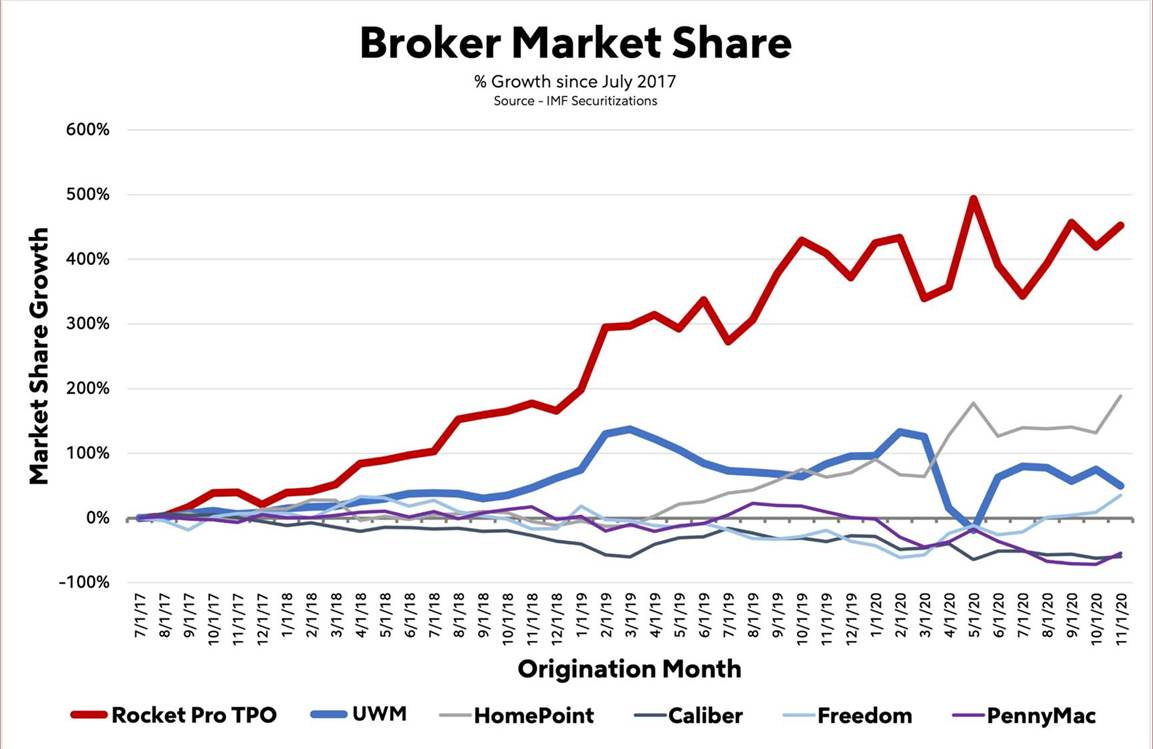 He added that UWM isn't just acting out of fear but it also just chasing money.

"Whether or not UWM’s gambit is 'legal' isn’t the point. The point is freedom. Freedom can’t be protected by the courts," Niemiec continued. "While courts have the job of enforcing legal rights, freedom is a mindset. Freedom is the ability of an individual to make autonomous decisions – not have them forced upon you. Freedom is a precious thing. Once someone gives one of their freedoms away, the dangerous descent down the slippery slope begins. Rocket ProSM TPO and Fairway today. Caliber, Freedom, Loan Depot or others tomorrow. An MI company the next day. A wallet share demand the next. If you can be forced into not working with lenders, then everything else is on the table."