80% Of Americans Say They Love Their Home 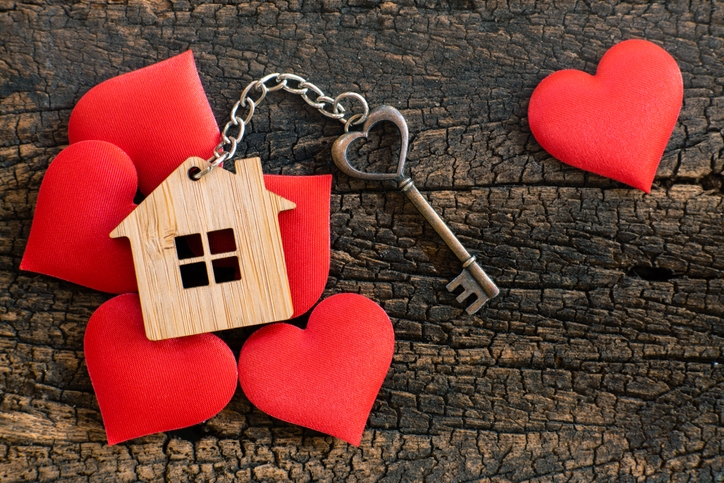 A record number of users surfed Zillow during the pandemic to escape from stress and daydream about starting over elsewhere.

Valentine’s Day is well on its way, and love is in the air this month as a new Zillow survey reports that 80% of Americans say they love their home. But finding the right home has become increasingly difficult with today’s hyper-competitive and rapidly appreciating housing market. In fact, one-third of recent movers (34%) say it’s harder to find a house to buy than it is to find a spouse, though more people say that home shopping is an enjoyable process.

Other key findings from Zillow’s survey reveal that women are more likely than men to say shopping for a home is more enjoyable than dating: 62% of women compared to 39% of men. The Zillow report even goes as far to say that some psychologists believe that looking at for-sale listings can create a mood-boosting chemical in the brain similar to excitement in a romantic relationship. Essentially, shopping on Zillow is better than sex – a “phenomenon” that SNL parodied.

Zillow’s claim, though it’s a stretch, is backed by the fact a record number of users surfed Zillow during the pandemic to escape from stress and daydream about starting over elsewhere.

"The way we shop for homes is in many ways similar to the way we meet romantic partners," said Zillow home trends expert Amanda Pendleton. "Both involve wish lists, compromises and deal breakers, and much of the legwork happens online. But unlike dating apps, tools like interactive floor plans and virtual 3D home tours mean fewer home shoppers are disappointed when they see a home in person for the first time. Perhaps that's one reason this survey found that far more people think they'll be successful using an app to find a home to buy (76%) than to find a romantic partner (24%)."

Nonetheless, after movers find their home, they fall in love with it (80%). The most common reasons people love their home, according to the survey, are the memories associated with it (82%), their home’s location, neighborhood, neighbors (77%).