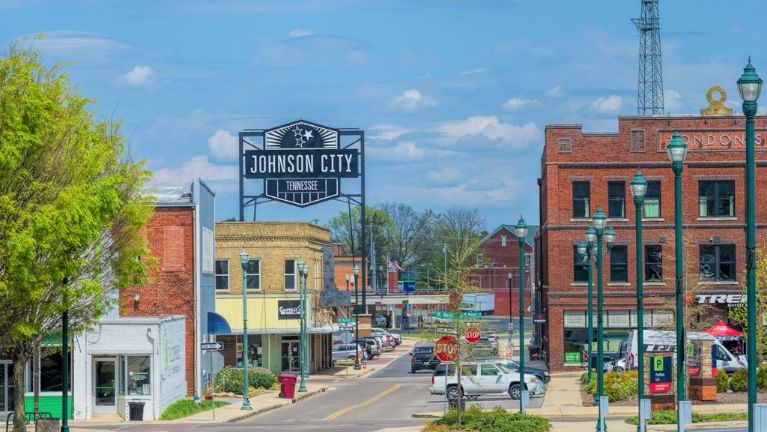 In this unaffordable market, homebuyers are flooding into the cheapest markets this fall to get the best deal possible. So where are these red-hot destinations?

Johnson City, TN, nabbed the number one spot on the latest quarterly Wall Street Journal / Realtor.com Emerging Housing Markets Index. This small city with only 200,000 residents tucked into the Appalachian Mountains boasts an average home price of  $379,000. That’s about 11% less than the national median home price list price of $427,250 in September.

The emerging market’s index seeks to identify which will be the strongest in the coming months, based on factors such as a thriving economy, low unemployment, competitive wages, short commutes, and easy access to recreational activities. The index also factors in the local housing market, checking median days on the market, property taxes and more.

Unsurprisingly, the index showed that homebuyers are seeking out cheaper places far from larger coastal cities to avoid the higher costs of living. Most of the top 10 markets were primarily in the South and Midwest.

Even though the housing market is correcting and home prices have dipped a little from their peaks over the summer, they were still up about 14% year over year in September, according to the most recent data from Realtor.com.

“Compared to a year ago, home prices are still up. But winter shoppers will see lower prices than we saw this summer,” says Danielle Hale, chief economist at Realtor.com. “On top of that, shoppers in some markets may find sellers who are more willing to negotiate on price or other contract terms than they have been in recent years, especially for a home that has been on the market for a longer period of time.”

Beyond competitive home prices and a low cost of living, Johnson City offers further safeguards for workers, families and retirees.  The town has an average unemployment rate below the 3.6% national average, and major local employers such as East Tennessee State University, Johnson City Medical Center, and Ballad Health mean there are potential jobs for homebuyers coming from out of town. Typical wages in Johnson City neared $1,120 per week.

Another major draw for today’s cash-strapped home shoppers? Tennessee is one of nine states with zero income tax.

“Johnson City is attracting buyers from outside of the area, and these buyers are predominantly coming from one of two sources: high-cost metros or other, generally more expensive nearby cities,” says Hale. “Many are from major East Coast metros like New York, Washington, DC, Atlanta, or Charlotte, where the median home list price in each area exceeds $400,000.”

Johnson City is proving to be a hot commodity, with 4 out of every 5 home shoppers in Johnson City being from somewhere else.

“The higher interest rates have caused many buyers to pause their search and sellers put off selling their home,” says Layla Wright, a real estate professional at Keller Williams Realty, in Johnson City. “Homes are not going much over list price, and more have to do a price reduction within a few weeks of sitting on the market.”

Aside from Johnson City, affordability drew buyers to the second and third cities on the emerging markets list. Visalia, CA, and Elkhart, IN, have median home prices of $400,000 and $257,000 respectively—both less than the national median price tag.

“Even though today’s jobs market remains on solid footing, with an unemployment rate at a historically low level, some households may be preparing for the possibility of a slowdown by seeking out homes in bigger cities that offer more job options,” said Hale.