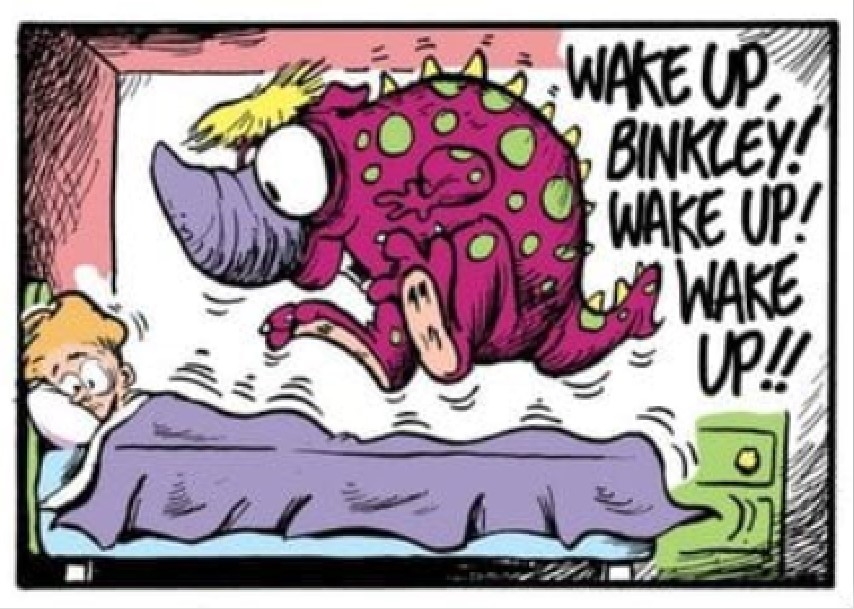 In the comic strip, “Bloom County” by Berke Breathed, a regular feature was the “Closet of Anxieties” in Michael Binkley’s bedroom. Just about anything frightening could pop out of that closet at night, quite often preceded by the Giant Purple Snorklewacker.

Through the first nine months of 2021, mortgage lenders and bankers likely have each had their own closet of anxieties, following the election of the progressive Biden Administration and its nominations to key regulatory posts. Instead of a big purple monster emerging in the dead of night, though, it more likely has been the specter of Rohit Chopra, Biden’s nominee to lead the Consumer Financial Protection Bureau (CFPB).

NMP’s Mortgage Women Magazine in May, in fact, warned compliance pros to “get ready to duck and cover” as the CFPB became more aggressive in its enforcement. The message on the magazine’s cover: “You’re all in trouble now.”

The concern, of course, is certainly justified, especially given that Chopra is a disciple of Sen. Elizabeth Warren, D-Mass., a leader of the Democrats’ progressive wing and the embodiment of a Giant Purple Snorklewacker to bankers and mortgage servicers everywhere.

Variations On A Theme

Yet, one well-established expert isn’t completely convinced that the mortgage industry needs duck and cover.

David H. Stevens, CEO of the financial services consulting firm Mountain Lake Consulting in Moneta, Va., is a former president & CEO of the Mortgage Bankers Association (MBA), as well as a former secretary for Housing and federal housing commissioner at the U.S. Department of Housing & Urban Development (HUD).

Stevens readily admits that “there’s been a steady theme coming from the Biden Administration around a variety of their selections for posts that have housing implications.” He noted that, unlike former President Barack Obama, who brought into his administration people with business backgrounds, President Biden’s appointments “are more progressive in their philosophy about mortgage lending risks and enforcement.”

Fortunately for the mortgage and banking industries, he said, Chopra “doesn’t come without experience.” A Harvard graduate, Chopra earned his MBA at the Wharton School of the University of Pennsylvania, and began his career working at McKinsey & Co., a global management consulting firm.

He later helped to create the CFPB, and then served in the organization under former director Richard Cordray.

Chopra “understands how the institution was established and operates,” Stevens said. “The question for the industry is, how will he direct the organization as it relates to their concerns, their business?”

Stevens notes that during his original tenure at the CFPB, Chopra focused almost exclusively on student loans. He expects the new CFPB director to focus on that and payday lending issues, Stevens said. But that doesn’t mean the mortgage industry will get a pass.

“When Chopra is asked specifically about our business, he talks openly about post-forbearance treatment of homeowners in distress,” Stevens said. “I think that’s needed, to have that kind of focus.”

Stevens understands that the CFPB, under Cordray during the Obama Administration, often took aggressive action against institutions that they believed had violated the rules. That included using UDAAP — the legal concept of unfair deceptive or abusive acts or practices —to punish financial institutions for things that were not illegal or against the rules at the time they were done.

But unlike that era, when a raft of new rules were legislated, those rules have been in place for years and financial institutions now have a better understanding of the lay of the land, he said.

It’s important, he continued, for financial institutions to not take the CFPB for granted. “There’s a new sheriff in town, and he will likely give directions to his organization to be on the alert for how homeowners, particularly homeowners in distress, are taken care of,” Stevens said. “They will also be concerned about how protected classes are handled for loan processing, approval, and equity in lending practices.  There is very clear concern about how minorities are treated.”

He concedes that the CFPB under Chopra will be more aggressive than it was under the Trump Administration and its CFPB chief, Kathy Kraninger. Stevens, though, says he believes that was in part because “the industry had already adopted all the new rules.”

“We now have the best managed and most safe and sound industry we’ve seen in our careers,” he said of the mortgage industry. “I don’t think there’s another shoe to drop here.”

His advice for lenders and services? “They need to be keenly focused on their post-forbearance workouts,” he said. “And equally so on how their organization practices are done for minority borrowers  and other protected classes in all channels — retail, wholesale and correspondent. Make sure they have proper escalation and regular reviews of production outcomes based on the outcome of those classes.”

His bottom line for lenders and servicers is fairly simple and direct, and if followed should keep the Giant Purple Snorklewacker safely locked inside the anxiety closet:

“Be alert, but don’t be paranoid. Just follow the rules.”