CRA Impact May Not Be As Profound As Feared 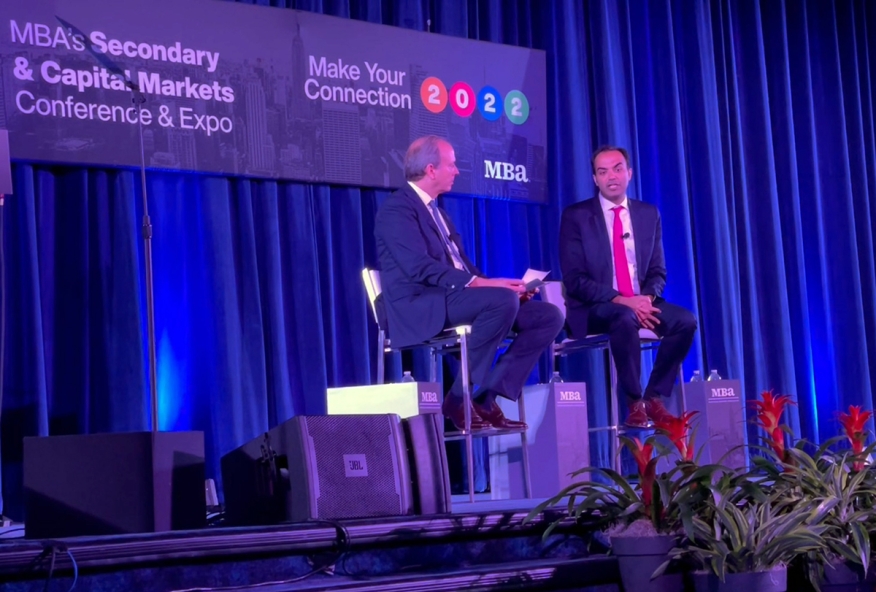 The impact of revised Community Reinvestment Act regulations may not be as pronounced as some mortgage bankers fear. That was the basic theme of remarks delivered by the head of the Consumer Financial Protection Bureau at a Mortgage Bankers Association conference in Times Square.

During a discussion at the Mortgage Banker Association’s Secondary & Capital Markets Conference, Rohit Chopra, the CFPB’s director, said, “I’m not seeing this as something that would be difficult for the vast majority of the industry.”

The Mortgage Bankers Association has come out against expansion of the Community Reinvestment Act, which requires traditional banks to reinvest deposit funds in all communities they serve. The MBA categorizes the proposed expansion as a “solution in search of a problem.” The trade group says the proposal puts independent mortgage bankers at a disadvantage because they don’t have deposits to reinvest and would not have access to direct government support.

Chopra said the CRA is “a place where we would be able to prompt outside of the banking sector ways people are fully serving their communities and many of them are doing it anyways. Some of [the independent mortgage bankers] have performance where it would be so easy to meet. At the same time, we are certainly looking at red lining work to make sure we are not just looking at banks, but nonbanks as well.”

He added, “I would think there are a lot of public benefits to it. Certainly, while they don’t take deposits, there are ways in which independent mortgage banks interface with the public safety net. We need to think about that. I don’t think there is something we should do immediately, but I don’t think we should try to put a stop to these state laws.”

There have been efforts by some state legislatures to enact CRA-style laws. New York earlier this year expanded its CRA laws to cover banks. Illinois and Massachusetts already apply CRA-type laws to non-depository mortgage lenders.

MBA president Bob Broeksmit indicated there is still much to be hashed out on the issue. “This is a ‘to be continued conversation,” he said at the conclusion of the discussion between the two.

Chopra said there have been no changes to the CRA since the 1990s. Adaptions need to be made to keep pace with technology and innovations like mobile banking. The changes, he added, are not just focused on mortgages but small-business lending as well.

He said as banks moved away from FHA loans, non-bank mortgage providers moved in. “My hope is CRA drives more activity in some of the historically disadvantaged communities,” adding that the changes would benefit both urban and rural areas.

“I don’t see CRA as a big driver of whether banks get back to FHA lending. I don’t know if that should be a rule in and of itself. We just want to make sure there are a lot of offers of mortgage credit to all communities and all individuals that qualify for it,” Chopra said.

The CFPB director also challenged the mortgage bankers to look beyond the CRA issue. “I really want the mortgage industry thinking hard about consumer financing infrastructure. That’s really where we have to put a lot of energy. What do we see as the future of the credit reporting industry and frankly credit scoring? We see functionally a monopoly in FICO that is the bulk of credit scoring today.”

There are also technology changes coming that could open the lending process more for consumers. “We don’t just need to think of block chain technologies but real time payments and the future of how consumers are going to interact with their data as well. We are thinking hard about a rule making that is a latent authority that is going to move consumer finance forward to an open finance system slowly where consumers may have full access to their data and be able to share that data for the purposes of underwriting. You can imagine that data might be quite useful in getting more accurate underwriting.”

Another area the CFPB will focus on is digital assets. “We want to very closely watch digital assets, including crypto assets, how they’re going to play in the financial systems. It’s obviously going to touch mortgage lending in some way. Being prepared for all of that is key,” Chopra said.