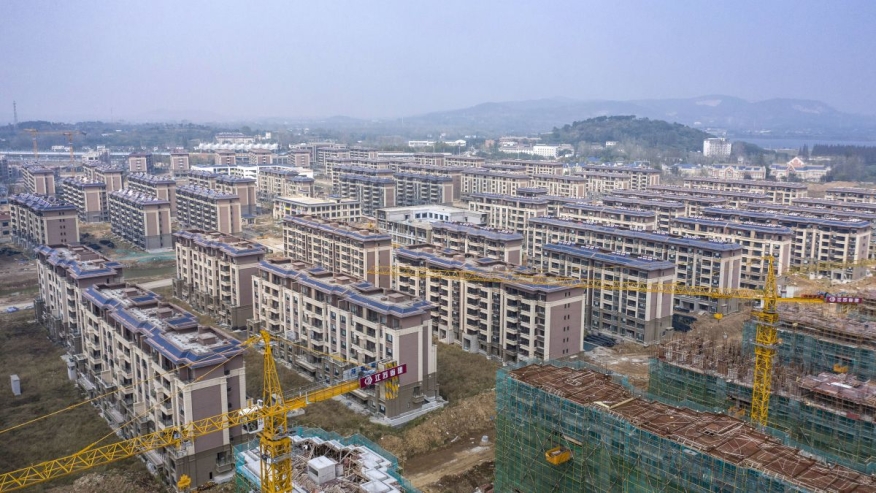 'We should have been calling this a technical default for a long time already, but nobody dared.'

The chairman and co-founder of Evergrande, Hui Ka Yan (Xu Jiayin in Mandarin), has been forced to cut his stake from the company, according to filings from the Hong Kong Stock Exchange, causing shares to plummet 4.8% on Monday morning.

Last Monday through Thursday, the sale of 277.8 million shares occurred due to a forced selling by a third party with whom chairman and billionaire Hui Ka Yan pledged the shares. According to Business Insider, the filing shows that the purpose of the sale was to enforce “security interest” in the shares.

Although the documents did not disclose who this third party was or how much the shares were sold for, Bloomberg calculated that they would be worth HK $498 million or $64 million U.S. dollars, based on the average Evergrande share price last week.

As a result, chairman Hui’s stake in Evergrande was cut from 61.88% to 59.78% last Friday, according to the disclosures. In addition, a list of chairman Hui’s personal assets were sold in recent months, Reuters reported, including two luxury properties in Hong Kong and sold art and calligraphy from his collection. Meanwhile, Evergrande also sold two of the company’s private jets for $50 million, yet the company has held off from fire sales of its corporate assets, incurring huge losses to free up liquidity.

Chairman Hui is currently worth $6.23 billion, which is down from a high of $42 billion in 2017, according to Bloomberg Billionaires Index.

Last Thursday, central bank governor Yi Gang stated that Evergrande’s inability to meet its obligations is a market event, and the Chinese government has signaled there will be no bailout for the company.

The Evergrande headquarters in Shenzhen is currently the world’s most indebted developer with $300 billion in liabilities. Meanwhile, the company is being scrutinized by investors who fear that it’s collapse may trigger a national or even worldwide crisis.

“We should have been calling this a technical default for a long time already, but nobody dared,” Alicia Garcia-Herrero, Natixis’ chief economist for Asia-Pacific told CNBC reporters. “China is not making it clear because there’s no pressure to make it clear. Ratings [agencies] should be pushing. Some investors did push. Nobody wants to label this because they don’t want to bear the consequences. Everybody’s trying to increase what they can get out of it.”

However, not putting the label “default” on Evergrande allows the company to restructure its debt at a lower cost. Recently, there has been an eerie veil of silence surrounding Evergrande’s default as Chinese authorities have made public statements within the last week about efforts to help manage the company’s situation.

On December 3, Evergrande reported that it would not be able to meet its financial obligations before the grace period expired, and planned to “engage with offshore creditors” to restructure their debt. The company stated it received a demand from creditors to pay approximately $260 million.

That same day, the local government in Guangdong province, where Evergrande is headquartered, said they met with the Evergrande founder, Xu Jiayin, and sent a working group to help supervise risk management.

Yi Gang, head of People’s Bank of China, said in a speech on Thursday that Evergrande’s situation was a “market event” and it will be handled according to market principles and law.