The Fed Walking A Tightrope On Interest Rates 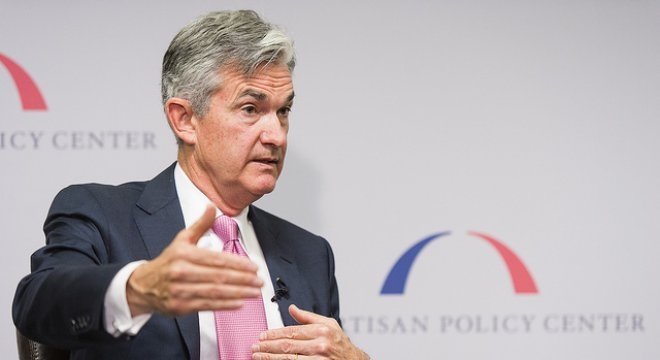 The expectation is that, like it did in May, the FOMC will vote to raise the rate by 50 basis points. The May increase was the largest imposed by the Fed in 22 years.

National Mortgage Professional Magazine polled some economists to see what they believe the committee will do and what could influence its decision-making leading up to remarks Wednesday afternoon by Federal Reserve Chairman Jerome Powell.

While the economists polled agree the Fed is likely to stick to its planned increase of 0.5%, there is ample debate across the country about just how big the increase could be — anywhere from 0.5% to 1% — and how it will play on Wall Street and elsewhere.

That leaves the FOMC walking a fine line — a tightrope, if you will — with the fate of the economy hanging in the balance.

Ryan Sweet, chief economist for Moody’s, agreed last week that a 50-basis-point increase was still most likely to occur because the Fed wants to get its benchmark federal funds rate back to its "neutral" state by the end of 2022.

During a news conference following the FOMC's two-day meeting in May, Powell stated that the Fed’s goal for the near future is to move its policy rate to more normal, or neutral, rates of 2% to 3%, as long as there is full employment and a strong economy.

Sweet, however, said there are risks to that approach.

“Remember that Powell is looking for a deceleration in month-to-month growth in consumer prices, rather than year over year,” Sweet said. “If that moderation isn’t crystal clear, the Fed could get in the habit of hiking by 50 basis points on a regular basis, and that should tame, or kill, inflation, but at the expense of the expansion.”

Minutes published after the May meeting showed that a survey of FOMC members projected additional 0.5% increases in the target range for the benchmark rate “at the two following meetings, and another 125-basis-points of increases by the middle of next year, bringing the projected midpoint of the target range to a peak of 3.13% — substantially higher than in previous surveys.” The federal funds rate has not been above 3% since 2008.

During his post-meeting news conference in May, Powell was asked whether the committee would consider a 0.75% or 1% increase in the Fed rate and he said it was “not something the committee is considering.” But he added that if higher rates were appropriate based on where inflation rates head, the committee would do that.

Sweet said that if the Fed does as expected and imposes a 50-basis-point hike, institutions such as Wall Street and mortgage lenders will to respond accordingly.

The rate hike is "priced in so there would be little reaction to the outcome,” he said. “However, there are plenty of other things that could cause a market reaction, including the new Summary of Economic Projections and Powell’s post-meeting presser, along with changes to the statement.”

Sweet noted that because the Fed recently cut its estimate of the neutral federal funds rate from 2.5% to 2.4%, another reduction could occur at this week's meeting with the addition of new projections.

Danielle Hale, chief economist for Realtor.com, said the Fed has made it pretty clear it will hike the federal funds rate by at least 50 basis points. She acknowledged it could go higher, but said she didn’t see that as the most likely outcome.

For Hale, key indicators of a 50-basis-point increase included the Fed beginning to shrink its balance sheet  as of June 1, the most recent inflation data that showed a hint of slowing, and the May jobs report showing a still-resilient labor market.

Hale added that even though a 50-basis-point hike is the most likely outcome, and relatively widely expected, we learned in May that markets can still respond.

“Following the announcement in May, stocks had a quick uptick before selling off and the 10-year Treasury bond yield bounced briefly higher before declining,” she said.

Hale said she expects that investors will look for clues about the Fed’s views on what exactly a neutral rate is and how far above neutral the Fed may have to go.

“The summary of economic projections may hold some insight, particularly the projections regarding the Fed Funds rate," she said. "Powell will remind everyone that these projections are expectations about the appropriate course of policy if the economic situation evolves as expected."

Odeta Kushi, deputy chief economist at First American Financial Corp., said that when it comes to the housing market, mortgage rates have already priced in some of the Fed's tightening, but any sign that it has to take more drastic actions than anticipated to tame inflation may prompt mortgage rates to move up further.

“Any further increase in mortgage rates will prompt declines in affordability — all else held equal — and a moderation in house price growth,” she said. “Shelter is a large component of inflation, so cooling the housing market is key to getting inflation under control."

Kushi added it is important to note that shelter inflation lags observed rental and house-price increases by approximately a year because of how it is measured.

“So shelter inflation from one year ago is just now showing up in official inflation estimates," she said. "Even if annual house-price appreciation were to begin to slow down over the coming months, the shelter inflation data will continue to show increases for some time.”

As the Fed acts to tame inflation this week, Kushi said, the lagging shelter inflation data will continue to boost overall inflation, making it a challenge to overcome.

What Could Disrupt the Plan?

What if there was a disruptor just prior to the committee meeting? What could that be, and what could be the result?

Sweet said the most likely culprit would be an enormous upside surprise in the May consumer price index. The May CPI, announced on Friday, increased 8.6% year over year, a 40-year high.

Still, Sweet said, it’s unlikely the Fed would hike the rate by 75 basis points, as financial market conditions have tightened since the last meeting.

“The Fed is getting what it wants," he said. "The primary channel through which monetary policy affects the economy is via financial market conditions. Financial markets are doing some of the heavy lifting for the Fed and that reduces the need to hike by 75 basis points in June.”

But if the committee does boost rates an extra 25 basis points this month, Sweet said, the markets would likely interpret it as a sign that the Fed is panicking.

Something that actually could cause that, Sweet said, is the U.S. labor market, which remains strong even though job growth is moderating.

“Trend job growth is between 400,000 and 450,000 per month, but this isn’t sustainable and needs to fall to around 150,000 per month later this year or the Federal Reserve’s attempt to engineer a soft landing will become increasingly difficult,” he said. “If the economy doesn’t slow as planned, the Fed is going to go into full panic mode.”

Hale agreed that because a 75-basis-point hike is not expected, the initial reaction would likely be sharp.

“I expect that yields would rise and stocks would swoon as investors worry about stagflation,” she said. "As cooler heads prevail, and markets recognize that a 75-basis-point action indicates a firm commitment to inflation fighting from the Fed and the possibility of a sooner end to the tightening cycle, I expect markets to settle with the 10-year yield moving up in a more gradual fashion.”

Hale updated her thoughts earlier this week, saying  that she still doesn’t expect to see the FOMC move rates up by 75 basis points this week even though the overall CPI inflation figures were worse than expected late last week.

“The odds of a 75-basis-point hike are higher, but still not enough to flip this month's decision in my estimation,” she said. “The Fed has acknowledged that its tools are blunt and that there are inflationary pressures it can control, and others it can't.”

A Need To Be More Aggressive?

Kushi said that because the May CPI came in above consensus expectations and reached its highest level in more than four decades, the Federal Reserve policy may need to be more aggressive.

“While it’s likely that the June FOMC meeting will come with another 50-basis-point increase, the Federal Reserve remains data dependent and will shift policy as necessary to bring inflation under control,” she said.

Hale noted that while overall inflation picked up in May, the increase was driven in large part by food and energy prices, which are volatile and affected by factors beyond the Fed's control, such as Russian aggression in Ukraine.

“Importantly, we saw core inflation subside somewhat in May,” she said, adding that the Fed is far from being able to declare victory on inflation, but this is an early sign that recent monetary policy could be having its intended impact — which is to reign in overall price inflation that's caused by monetary excess.

Overall, Sweet said, the Fed’s ability to calibrate the normalization of interest rates will be critical to whether the economic outlook will be characterized by a self-sustaining expansion, a recession, or stagflation.