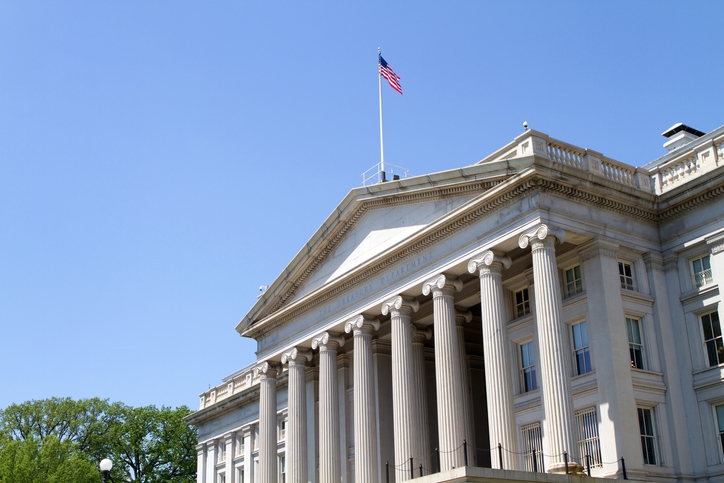 Controversial restrictions imposed on Fannie Mae and Freddie Mac in January by the Trump Administration were officially suspended today.

The Treasury Department and the Federal Housing Finance Agency (FHFA) said they suspended the restrictions, which were added to the Preferred Stock Purchase Agreements (PSPAs) between Treasury and Fannie Mae & Freddie Mac (the Enterprises). The changes allowed the Enterprises to hold significantly more capital in a last-ditch effort to reform the companies.

The restrictions, however, failed to meet the sweeping reforms that were once sought, such as releasing the Enterprises from government control. Former Treasury Secretary Steven Mnuchin and former FHFA Director Mark Calabria added the amendments, as well as other restrictions for the Enterprises that drew criticism from lenders and others in the mortgage industry.

Essentially, the amendments dictated the extent of the government’s ownership over the mortgage giants, allowing government-sponsored enterprises (GSEs) to retain all their earnings until they met the requirements laid out in the FHFA’s new capital framework. The amendments curbed the GSEs' ability to back certain “high-risk” mortgages, including second homes, multifamily homes, and homes bought with higher-risk loans.

The Treasury’s news release in January stated the proposed changes were meant to “move the GSEs toward capitalization levels consistent with their size, risk, and importance to the U.S. economy, and to codify several existing FHFA conservatorship practices, including providing small lender protections and limiting future increases in certain higher risk lending practices.”

Ultimately, the Trump Administration’s plan was to allow Fannie Mae and Freddie Mac to retain their profits and eventually build enough capital to exit government control. Housing advocates, though, believed that these provisions would prevent access to affordable housing, which goes against the Enterprises’ core mission.

These “higher-risk” loans are typically helpful to those who are lower-income or self-employed. It hampers access to credit, which is why the Credit Union National Association (CUNA) has been discussing the matter with FHFA and CFPB officials since January. The association stated, “CUNA continues to support the goal of an eventual exit from conservatorship by Fannie Mae and Freddie Mac, responsibly, without sacrificing equitable access and pricing to the secondary market for lenders of all sizes and charter types.” In the long-term, the association calls on the FHFA to “work with credit unions to further its mission to support sustainable and affordable homeownership.”

The FHFA’s suspension will effectively halt these changes that were set in place, although the Enterprises will still be allowed to build capital while suspended practices are under review.

“This suspension will provide FHFA time to review the extent to which these requirements are redundant or inconsistent with existing FHFA standards, policies, and directives that mandate sustainable lending standards," said FHFA Acting Director Sandra L. Thompson.

“We appreciate today's decision from the Treasury Department and the Federal Housing Finance Agency to suspend and review the changes to the preferred stock purchase agreements for Fannie Mae and Freddie Mac announced in January,” stated Rob Nicholas, American Bankers Association president and CEO. “This step, taken in response to concerns raised by ABA and other stakeholders, will bolster market stability and allow time for FHFA to consider additional revisions to the conservatorships of the two government-sponsored enterprises that can expand affordable housing financing in the country. We look forward to sharing our ideas.”

Mortgage Bankers Association (MBA) also supports the FHFA’s move to halt these provisions. “MBA applauds the announcement by the Treasury and FHFA that they are suspending the limits on purchases of certain loan types, lenders' use of the cash window, and multifamily volumes, which were imposed on the GSEs by the PSPA amendments on Jan 14, 2021,” stated president and CEO of MBA, Robert D. Broeksmit.

“The suspensions will eliminate several market and pricing disruptions caused by these caps that were harming lenders and borrowers alike and pave the way to restore appropriate regulatory authority to the FHFA.

“MBA looks forward to working with Treasury, FHFA, and all other stakeholders on these and other ways to protect consumers and strengthen the mortgage market.”

Update: The FHFA announced that it is seeking comments on the proposed changes that would amend the Enterprise Regulatory Capital Framework (ERCF) for Fannie Mae and Freddie Mac (the Enterprises). The new amendments would refine the prescribed leverage buffer amount (PLBA) and the capital treatment of credit risk transfers. These changes are meant to reflect the risks inherent in the Enterprises' business models and distribute credit risk from the Enterprises to private investors.

Specifically, the proposed rule would:

FHFA Acting Director Sandra L. Thompson made the following statement in response to the proposed changes: “The amendments proposed today will allow the Enterprises to support the housing market throughout the economic cycle in a safe and sound manner. The proposed requirements provide the Enterprises with the necessary incentives to support sustainable lending initiatives by transferring a significant amount of credit risk away from the taxpayers to private investors that are better positioned to take this risk. I look forward to receiving robust feedback on the proposed amendments.”