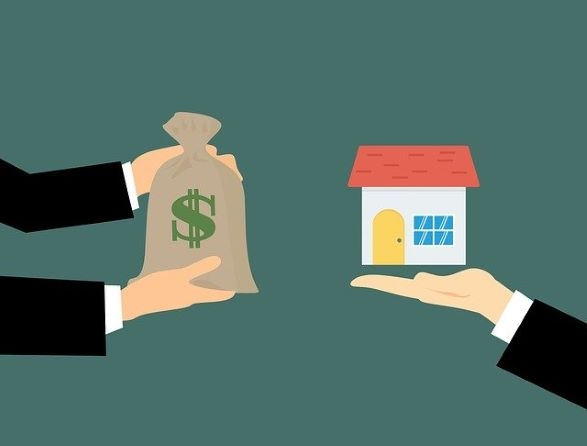 Zillow sees signs that a rebalancing could be around the corner, but for now the market is moving at record speed.

Even with a 53% increase in mortgage costs, home buyer demand remains strong enough to keep the housing market moving at a record pace.

According to Zillow, year-over-year home value growth set a record in April for the 13th consecutive month. The typical U.S. home is worth $344,141, up nearly 21% from a year earlier.

The record growth comes despite rising mortgage rates reducing home affordability. The monthly mortgage payment on a typical U.S. home is 11.7% higher than it would have been in March, and 52.5% higher than a year ago, assuming a 30-year mortgage with a 20% down payment, Zillow said.

"We do expect the market to begin rebalancing this spring as rising costs keep enough would-be buyers on the sidelines for inventory to begin catching up with demand, but we have not yet reached that point," Nicole Bachaud, Zillow economist, said. "Nearly half of homes are selling above their list price, and April sales happened as fast as we've ever recorded. It may very well be that fewer people are trying to buy, but with bidding wars continuing to drive up prices on limited inventory, those in the market today likely won't feel much relief."

To keep monthly mortgage costs the same as they would have been a year ago, today's buyers must shop in a different price range, Zillow said. According to estimates from Zillow's mortgage calculator, a buyer who can afford a monthly mortgage payment of $1,500 could have paid roughly $340,000 for a house a year ago, when mortgage rates were much lower. Today, that $1,500 monthly payment could buy a house worth about $275,000 — and that’s before factoring in home value growth of more than 20% during that time. A buyer would have paid about $227,500 a year ago for that $275,000 home, Zillow added.

Rising costs still have not eased competition. Homes that sold in April typically were on the market for only seven days before an offer was accepted, tying a monthly record set last May and June, Zillow said. By comparison, in April 2019, the last spring before the pandemic, the typical home sat on the market for 24 days before an offer was accepted.

In addition, nearly half (48%) of homes purchased in March — the latest data available — sold for more than the asking price, indicating the buyer expected multiple bidders, Zillow said. That's up from 37.5% in March 2021.

Nonetheless, signs are starting to emerge that a more balanced market is around the corner, Zillow said. The share of listings with a price cut crept up to 9.1%, up from 8.6% in March and 7.8% last April. That could be a sign that sellers can’t be quite as ambitious in their pricing strategy as they could have been in recent months, Zillow said.

Inventory also continues to rise, up 5.5% from March — the second straight month of growth. The year-over-year inventory deficit has also shrunk in each of the past three months, now sitting at -19.5%.

More inventory, Zillow said, is both the consequence and the cause of a more balanced housing market: It limits the number of buyers bidding on each home as there are more to choose from, and it prompts sellers to price their homes competitively.

Zillow now forecasts home values to grow 11.6% through April 2023, down from a year-ahead forecast of 14.9% made in March. Zillow's forecast for existing home sales has been lowered as well, now predicting 5.73 million sales in 2022, a 6.4% decrease from 2021. It cited spiking mortgage rates, inventory gains, and lower-than-expected pending home sales and mortgage application data for the downward revision.

While downwardly revising its projections, Zillow noted the numbers would still represent “a very strong housing market” in the coming year. Other than this recent run of record-breaking home value growth, only during a short stretch in 2005 have home values grown faster than 11.6% annually in the history of the Zillow Home Value Index, it said. And while 5.73 million existing home sales would be a decrease from a remarkably strong 2021, that would mark the second-best calendar year total since 2006.