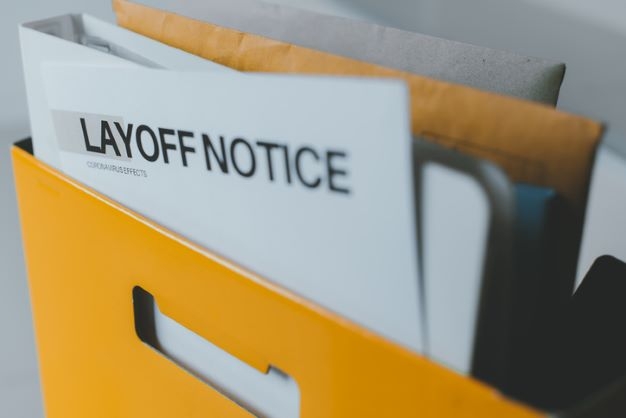 One week after deciding to “pause” all of its mortgage originations, Reverse Mortgage Funding LLC (RMF) laid off 80% of its staff on Tuesday.

Various social media posts by former employees maintained that the company, based in Bloomfield, N.J., had closed, but that is not the case, according to someone familiar with Tuesday’s events who spoke on condition of anonymity because they were not authorized to discuss the matter.

More than 400 employees were laid off during conference calls Tuesday, the source said. Based on the 80% figure, that means RMF employed about 500 people before the layoffs.

RMF officials did not immediately respond to a request for comment.

While the company is headquartered in New Jersey, it has corporate offices in New York and California and field offices throughout the United States.

RMF did file a notice with California state employment officials under the federal Worker Adjustment and Retraining Notification (WARN) Act, which requires companies to provide 60-days advance notice of a mass layoff. The notice, which is signed by CEO Craig Corn, states that RMF "intends to lay off certain employees based out of its Gold River facility located at 2355 Gold Meadow Way, Ste. 150, Gold River, CA 95670. The expected beginning date of the employee layoffs is November 29, 2022 and these layoffs will be permanent."

The notice included a list of affected job titles, which totaled 44.

RMF also filed WARN Act notices in New York and New Jersey, the source said, but those notices were not immediately available.

The layoffs come a week after the company emailed a letter addressed to its “partners” stating that it was pausing its mortgage origination activities.

In an emailed statement about that decision, a company spokesperson said that RMF, “like many of its peers, has been challenged by unprecedented interest rate hikes and overall macroeconomic volatility. As a result, the cost of financing and securitizing reverse mortgages has made it impossible for RMF to continue originations for seniors looking to unlock value in their homes at this time.”

The statement added that RMF “has been working diligently with its constituents to support its business and is doing everything possible to weather these challenging market conditions.”

The company still had not addressed rumors that it had lost its warehouse funding lines. In the letter to its partners last week, however,  it stated that “all loans that have not closed will no longer be processed.’

The company declined to comment on the volume of loans in its pipeline.

RMF is a wholly owned subsidiary of Reverse Mortgage Investment Trust Inc. (RMIT), a specialty finance company in the reverse mortgage sector. RMIT is an affiliate of Starwood Capital Group, a global private investment firm and an innovator in non-agency mortgages.

RMF sponsors 175 licensed mortgage loan originators, according to the Nationwide Multistate Licensing System (NMLS). The company is licensed to operate in all 50 states, as well as in the District of Columbia and Puerto Rico.

As of the end of October, RMF was the nation’s fifth-largest reverse mortgage originator, with a market share of 7.4%, according to Reverse Market Insight. That was down from 10.5% at the same point last year.

The plan helps senior homeowners with FHA-insured HECMs who are behind on required property charge payments due to effects of the COVID-19 pandemic.

Regulation and Compliance
Dec 19, 2022
Bankruptcy Court Judge OKs Up To $124.5M In Financing For RMIT