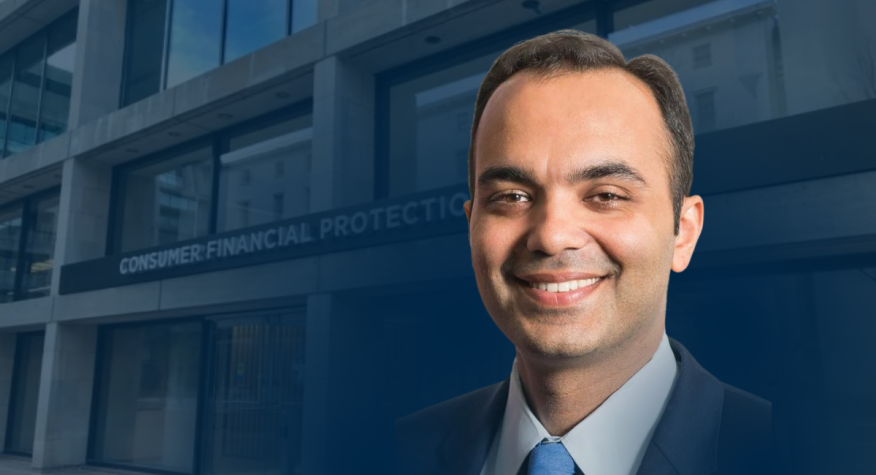 The U.S. Senate on Thursday confirmed Rohit Chopra as the new director of the Consumer Financial Protection Bureau.

The 50-48 vote was along party lines, a dramatic shift from Chopra’s unanimous confirmation by the Senate in April 2018 to serve as a Democratic commissioner on the Federal Trade Commission. An earlier vote on Thursday to advance Chopra’s nomination as CFPB director to a confirmation vote ended 51-50, with Vice President Kamala Harris breaking the tie in the evenly divided Senate. It was the ninth time since taking office that she has cast a tie-breaking vote.

Chopra, 39, is a graduate of Harvard University; he earned his MBA from the Wharton School at the University of Pennsylvania.

He worked alongside Sen. Elizabeth Warren, D-Mass., in helping to establish the CFPB in the aftermath of the 2008 financial crisis. He then joined the agency, serving as Student Loan Ombudsman and later as assistant director.

In a message posted on Twitter, Warren congratulated Chopra on his confirmation, stating that she “worked closely with Rohit to set up the CFPB & fight for America’s students. He is a terrific champion for consumers & will be a fearless leader of the Bureau. Let’s get to work!”

Chopra will serve a five-year term as director of the CFPB, which oversees and investigates the ways that financial institutions – including banks, lenders, debt collectors and insurance companies – treat their customers. The bureau has broad power to impose penalties, led by the director, who has final say.

According to thehill.com, Chopra has “vowed to drastically increase the consequences financial firms face for harming their customers,” as well as to tighten regulations loosened during the Trump administration.

Senate Majority Leader Chuck Schumer, D-New York, also commented via Twitter, stating that with Chopra’s confirmation, “CFPB will return to fighting for people – not big financial institutions like under Trump.”