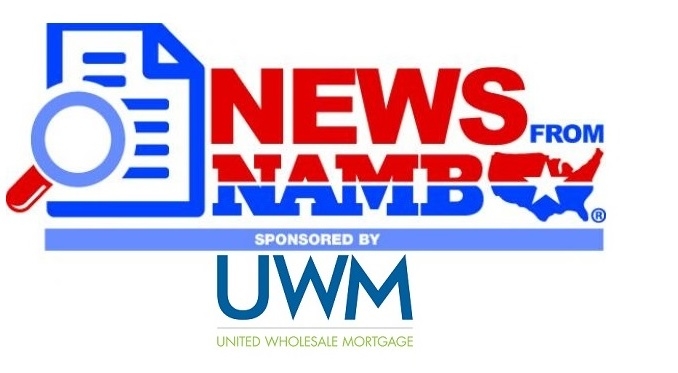 CFPB vs. PHH Case Heats Up Again
For those who may have been asleep in 2016, the DC Court of Appeals ruled that having a single Director who doesn’t answer to the President is unconstitutional. In addition, the court ruled the CFPB has misinterpreted RESPA. The CFPB filed a request for a review by the full DC Court several weeks ago, and now PHH has responded as well as the Solicitor General. The Solicitor General’s filing is very revealing. His idea is for the court to just rule that the CFPB misinterpreted RESPA and the case against PHH should be dropped. It appears the SG doesn’t really want them to solidify the ruling that the Director is unconstitutional. One must wonder if the Director is unconstitutional whether any of the rules he has promulgated are valid.

Are FHA Guidelines Impossible to Interpret Correctly?
In the last FHA Lender Insight, Post Endorsement Technical Reviews (PETR) showed 53% of the loans reviewed had material guideline violations. Admittedly, 40% of the loans reviewed had an early payment default. Are we to believe FHA underwriters are that ill-trained? Is management pushing loans through that shouldn’t be closed? Or, are FHA guidelines subjective? The big banks think it is the later and are not writing many FHA loans.

Loan Originators Acting as Investment Advisors
Opes Advisors of Cupertino, Calif. is offering borrowers financial planning along with taking a mortgage application. It has become quite popular with borrowers. The company originated $3 billion in loans last year with its dual-licensed originators. The company claims there is never any attempt to sell any financial service other than a mortgage. However, they use software to show would-be borrowers how purchasing a house fits into their total financial picture, currently and years into the future.

HUD Secretary Calls Trump Corrupt
In a rant that no one can remember a departing cabinet member making in previous transitions, HUD Secretary Julian Castro let loose on Donald Trump. Castro tweeted, “Trump-the shadiest, most corrupt guy to take the Oval Office, will have no strong federal checks and balances.” It appears Castro has no desire to give incoming HUD Secretary Ben Carson any tips either. Castro has yet to speak with Carson.  Castro was expected to play a major role if Clinton had been elected which would explain the hard feelings.

Treasury Department Calls for Mortgage Guarantee Fund
In a Treasury Department blog, the Department is calling for a government controlled mortgage insurance fund. Anyone who wanted to fund a mortgage could pay a fee and get a government guarantee if the loan met the fund criteria. There is a lot strange about this blog. First, current Treasury Department policy is aligned to the current administration that only has a few more weeks. Second, don’t we have a program that gives a 100% guarantee for a fee if loans meet its criteria? It’s called FHA.

Poll Says Trump Voters Like the CFPB
A poll by Morning Consult says that 41% of Trump voters want the CFPB left alone. 15% want to expand the agency’s powers. 17% are not sure what they want to do with the CFPB. Only 7% want the President-elect to get rid of the agency. A sizeable group, 21%, want Trump to limit the agency’s power. Do you wonder how Morning Consult found Trump voters? They predicted Hillary would win just a day before the election by not finding them.

Banks Still Being Sued for Big Money Over Subprime Loans
One would think subprime was over and forgotten about. Not so. Deutsche Bank and Credit Suisse just agreed to pay a combined $12.5 billion in penalties and restitution for their part in the mortgage crisis. Barclays, another subprime giant, has decided not to settle, perhaps hoping they can delay their Justice Department suit until Donald Trump puts his people in DOJ. There is nothing to indicate DOJ would drop the suit but Barclays apparently feels it is worth the risk. Wells Fargo just settled with ResCap under allegations the bank forced it into bankruptcy.

U.S. Home Affordability Drops to 8-Year Low in Q4 2016
RealtyTrac/Attom reports that homes are becoming unaffordable. It is the worst it has been in 8 years. That period equates to the time of Obama’s presidency and the mortgage crisis. Housing prices have done well under Obama, rising to pre-crisis levels. The problem is incomes haven’t done anywhere near as well. Now, with rising rates, many people are priced out of the market.

Pending Homes Sales Drop
Realtors had been optimistic that November would be a good month. No one anticipated the sharp rise in rates. It sent pending contracts to the lowest level this year. Combined with higher home prices, some borrowers were priced out of the market. On the positive side, it has been an incredible year. Home sales for the year are best since 2006. Even with a drop, sales could still be very respectable in 2017.

CFPB Site Has Loads of Mortgage Statistics
As part of its Consumer Credit Trends initiative, the CFPB is making available a huge amount of data and research on mortgages. You can see charts of how many mortgage have been originated, even state by state. The data lags a little but they claim actual closed originations are up 69.7% over October of last year. One thing they should note is TRID threw the brakes on originations in the last quarter of 2015 and into 2016. Another interesting chart is on subprime originations. Although they have plummeted, they remain proportionate to higher scores.

Young People Living With Parents Hits All-Time High
We shouldn’t wonder why millennials aren’t driving the housing market. It is far more comfy and cheaper to live with their parents. For the first time since records have been kept, the percentage of adult children 18 to 34 living at home has soared to 40%. Young people can find jobs more easily but are not being paid as much. Analysts at Trulia believe that trend will continue indefinitely. I wonder how many old LOs have moved in with their kids?

Cordray Is Not Quitting
It appears CFPB Director Richard Cordray has no intentions of quitting. Donald Trump will have to fire him, that is if the courts allow it. Jen Howard, a CFPB spokeswoman, e-mailed the Wall Street Journal saying Cordray “was confirmed by a bipartisan group of 66 senators to serve a term until July 2018 and has no plans to step down.”

Hensarling Bill Would Put CFPB Employees on GS Pay Scale
Currently, CFPB employees are on the Federal Reserve pay scale. The Fed pays very well. The GS scale would mean about a 25% pay cut for most CFPB employees. Banking regulators all pay better than the GS scale. The OCC, FDIC, the Fed, and some other bank regulators all have exemptions from the GS pay scale. CFPB supporters claim this would make it difficult for the CFPB to hire or retain quality employees. Hensarling’s Financial Choice Act would also bring the agency under the congressional appropriations process.

Why Flood Insurance Woes Continue
Last April, the House passed H.R. 2901 by a 419-0 vote which would have allowed Fannie Mae and Freddie Mac to accept private flood insurance policies. The Senate ignored it, citing insufficiently capitalized private companies could not protect the GSEs. But, the program is $23 billion in the hole. The problem is about 30,000 properties have been flooded over five times on average, representing 10.6% of the claims. In addition, the premiums are not high enough to pay the claims.

Seller-Financing Takes Another Hit
Seller-Financed and private loans took another setback this month. Statistics show that lead paint poisoning is much more prevalent in seller-financed home purchases. Realtors don’t like seller financing because it is often done without a real estate agent so they have been quick to point out that a seller-financed home may have repair problems and are structured in a way that doesn’t protect buyers. Seller financing also took a hit when the CFPB wrote its ability to repay rules where seller-financing may not be exempt.

Rate Outlook
Rates are slightly better to close the year after hitting the current higher near 4.5% in the middle of this month. Consumer confidence is soaring as people like what they are hearing from Donald Trump. Some of the fears associated with Trump appear to be abating which were partially responsible to the run-up in rates. Yesterday, the five-year treasury note auction hit an all-time high for indirect participation. That means bond traders think rates will roll back a little.

The dollar is at a 14-year high as investors overseas buy U.S. bonds. No wonder. Eurozone central banks are now able to go lower than the -.40 basis point yield. Yes, you heard it right. The Eurozone banks are paying less than -.4%. It’s kind of like subprime in reverse. But, that is good news for U.S. bonds.

Tomorrow, we have the seven-year treasury auction. That is expected to be well-received like the five-year auction.

If this is a stopping point or a breather on the way up is unknown. Rates could go down a little but it is unlikely they will hit levels seen a few months ago.