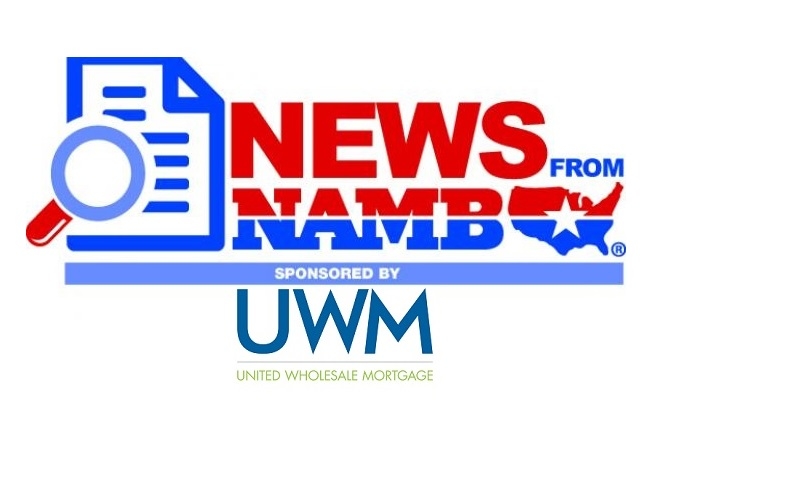 Cordray Testifies Before House Financial Services
CFPB Director Richard Cordray testified before the House Financial Services Committee yesterday. It was a very adversarial proceeding. Just listening to the introduction by the HFSC Chair, Jeb Hensarling, was a stinging rebuke of the agency. Cordray gave his report verbally and underwent mostly angry questioning. Despite Cordray’s claims that credit unions are gaining members under his regulation, they remain one of the CFPB’s strongest detractors. Democrats focused their praise on the CFPB’s fines and equal opportunity initiatives. Overall, it was a hot and heavy three hours which you can watch instead of TV tonight.

Lenders Doing FHA May Have to Dump Some LOs and Managers
There has been war between large FHA lenders and the Department of Justice over indemnification for FHA loans. So much so that the large banks have pulled back from FHA lending and Quicken, the largest FHA lender, has threatened to dump the program altogether. The most recent battle has been over the Annual and Loan-Level Certifications the lender must make. This week, FHA released a new version of the Annual Certification but lenders are still not saying they are thrilled. In the comparison it shows that LOs, and even the Mortgagee, who have been “convicted of, indicted for, or otherwise criminally or civilly charged by a governmental entity” may not participate in FHA. Since the big banks were all charged, I am wondering how any of them could participate in FHA. You can comment on the proposed changes at the address on the Federal Register publication. Ed Golding pointed out in a separate memo a change that should please mortgagees.  HUD is limiting certification to “what they know to be true to the best of their knowledge.” This will also change the HUD Addendum to the Application.

U.S. House Tells CFPB to Exempt Small Banks
Over 3/4s of the entire House of Representatives told the CFPB they want small banks and credit unions to be exempt from CFPB rules. The letter, signed by 329 Republicans and Democrats, seems to direct the CFPB to exempt these smaller creditors from virtually all regulations. Since TRID is one of major problems small entities face, one must wonder how these entities would disclose and what documents they would use at settlement. It seems hard to imagine excluding one class of lenders without losing consistency for consumers.

CFPB Omits TRID Violations From 4th Quarter Report
The CFPB just released its Supervisory Highlights report, for the period from September through December 2015. Considering this period covered the first three months of TRID implementation, one would have thought it would have some reference to findings under the rule. CFPB officials made it clear that restrained enforcement did not mean no enforcement. Should we take that to mean that everyone was making a good-faith effort to comply with TRID? Even if no one was cited, it seems hard to believe everyone was spot-on with compliance. Still, the report contains valuable information.  It appears the #1 violation was absence of written policies and procedures at depository institutions required under the loan originator rule.

Should Originators Have Pricing Discretion?
Surprisingly, the answer may be “Yes.”  Although not in mortgages, Toyota recently settled a case with the CFPB where the auto loan originator would be given discretion to jack the rate by up to 1.25%. It is unlikely that large of an amount could be applied to mortgages but it is an interesting development. This discretion was given to dealerships not individual originators which are the equivalent of mortgage brokers. It should also be noted that the CFPB does not have direct authority over auto lending like it does with mortgages. The author of this article believes it will be a lot more palatable to lower rates than raise them.

Why Small Mortgage Companies Can Prevail
At NAMB East, we saw a panel of very small companies that were generating huge amounts of business. One originator on the panel personally produced over half-a-billion in mortgages last year. He has nine processors working for him but no other LOs. I found a video on YouTube that explains why small companies can always prevail in a free market. You may find it interesting.  It would be great if the CFPB and Congress watched it.

FHA Makes More Changes to Its Handbook
FHA released what should be the last of the major changes to its 4000.1 Handbook this week. The Handbook is now complete from origination to property disposition for Title II mortgages. A few small changes that affect origination are: Officers in Charge must have three years actual mortgage experience; real estate experience doesn’t count. HECM originators must not offer any other insurance product. The ban on dual compensation in a transaction remains although HUD has assured NAMB that does not prevent being a real estate agent and originator in unrelated transactions. Mortgagees must derive at least 50% of their income from lending, not general real estate activity. Some changes are effective March 14, 2016 while others will take effect as late as Oct. 31, 2016.

Are Piggybacks Making a Comeback?
As marketplace lenders begin to pop up everywhere to grab higher yields, some are beginning to offer piggyback loans and even over-equity loans, especially for home improvement. U.S. Bank is one of the few lenders in wholesale that offer piggyback loans. Some of the largest losses on mortgages were taken on junior liens. Citibank was particularly harmed by second liens where the entire balance was often lost. Piggybacks are a great alternative to mortgage insurance.  It will be interesting to see how many make their way into wholesale as marketplace lenders grow. A big problem facing market place lenders is getting enough capital to lend. Of course, now the CFPB is targeting marketplace lenders.

First-Time Homebuyers Will Buy If They Know the Facts
Freddie Mac’s Danny Gardner has taken it as a mission to inform Millennials and other first-time buyers about buying a home. Listening to a public radio call-in show, Gardner recently had a first-hand demonstration of the stubbornness of the myth that buyers need a 20 percent downpayment to qualify for a mortgage. He presents some key responses to overcome objections to buying and excellent resource materials. He believes borrowers who have been turned down once will never apply again and responds to that objection among others.

Chase Is Trying to Revive the Private Securities Market
Chase is issuing about $2 billion in mortgage loans backed by private securities rather than Fannie or Freddie. The loans are designed to comply with the QM/QRM Safe Harbor rules so Chase will have to keep a 5% interest in most.  A few classes will not be QM/QRM loans so Chase will not keep an interest in those. The mix is about 75% conforming and 25% non-conforming. This initial foray into private securitization is still a drop in the bucket compared to Fannie/Freddie/Ginnie securitization.

W.J. Bradley Mortgage Closes Down
Once a large player in the mortgage market, W.J. Bradley announced it is ceasing operations. The notice on its Web site tells everyone they are closing. Some have blamed TRID loans they couldn’t sell, their compensation structure, and ability to repay of QM for their failure. There are many reasons companies fail but a look at Glass Door tells employees weren’t happy and the company has been losing money for some time.

Testimony on 2008 Meltdown Released
The National Archives just released documents from the Financial Crisis Inquiry Commission’s investigation of the 2008 financial crisis. The documents include transcripts of interviews with key figures from the crisis including former Treasury Secretary Hank Paulson and Goldman Sachs Chief Executive Lloyd Blankfein. An NAMB past president testified before the Commission as well. Although the Commission report itself was released in 2011, if you search for the words “mortgage broker” you can probably see why we have the regulations we have today.

Loans Back to 2005 Still Being Prosecuted
A Missouri builder has been indicted for mortgage and wire fraud for loans made from 2005 to 2007. The builder was paying moneys not on the HUD-1 to people after closing, including borrowers and mortgage originators.  Mortgage Fraud can be prosecuted as Bank Fraud which has a 10-year statute of limitations in federal court.

Rate Outlook
The Federal Reserve decided to leave interest rates unchanged at its meeting yesterday.  The rationale is that inflation remains below their target goal of 2%.  They also cited a desire to see full employment which seems to mean employment at a 4.5% vs. the current 4.7%.  The consensus is that the Fed will only raise rates one time this year which will be at their June meeting.

It is not hard to see why the Fed is hesitant to raise rates.  Rates are being cut around the world to stimulate overseas economies.  Many experts are predicting a global recession that would affect the United States.  Morgan Stanley gives it a one in three chance.

Mixed news for rates on the inflation front.  Retail sales were down 0.1% although the experts expected down 0.2%.  The Producer Price Index (PPI) down 0.2%, as expected, with the core unchanged, vs. the expected up 0.1%.  The NAHB Housing Market Index was 58 vs. the predicted 59.  Industrial production down 0.5%, worse than the expected down 0.3%.  Capacity use 76.7 as expected.   However, consumer prices actually went up by .3% when you exclude energy costs.  That is a sizeable jump that seems totally disconnected with producers lowering their prices.  Retailers seem to be the culprit here.

Jobless claims are still seesawing between 250,000 and 300,000.  This creates a problem since job creation is generally much lower than that every month.  Housing starts moved back to September levels, hardly a surprise since most of the northern U.S. doesn’t build much in the winter.  What the mainstream media seems to have missed is new permits were actually down 3.1%.  So, these builders were merely starting what had already been permitted, indicating there may be slower housing starts next month.  Homebuilding is showing steady growth but is still ½ of what it was in 2005-2006.

The only remaining economic news this week is the University of Michigan Consumer Sentiment survey.  That can move rates a little but nothing earth-shaking.

Mortgage rates are regaining much of what they lost earlier in the week as interest rate fears subsided somewhat.