David vs. Goliath in the World of Reverse Mortgages 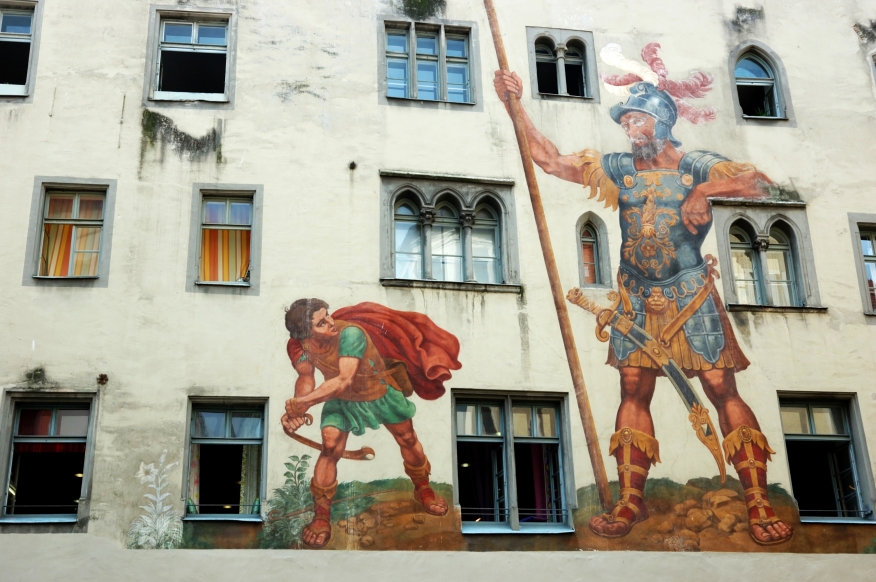 Few people have made a more vibrant impact on the reverse mortgage sector than Atare E. Agbamu. In his work as a broker, originator, columnist, book author, activist and consultant, Agbamu has been a champion of the reverse mortgage product and a tireless advocate for older consumers  the product was designed to support. Among Agbamu’s achievements is his successful campaign for the repeal of Federal Housing Administration (FHA) Mortgagee Letter 2008-38 (ML 08-38), which redefined the non-recourse feature of the home equity conversion mortgage or HECM.

Whereas the U.S. Department of Housing & Urban Development (HUD) initially mandated that the borrower or the borrower’s heirs and estate would not owe more than the home's value at loan termination. Under ML 08-38, if the borrower or the heirs/estate sold a home at loan termination, then all that was owed was nothing more than home's market value; but if the property was kept, the full loan balance must be repaid, even if it is more than the market value. In his writings—including his long-running column for The Mortgage Press (the first regular monthly column on reverse mortgages in America's financial media), the forerunner of National Mortgage Professional Magazine, in his ThinkReverse Blog posts, and in interviews, Agbamu warned that ML 08-38 would create undue hardship for borrowers and tie up HUD and lenders in endless litigation. In both cases, Agbamu was on target.

Three years after Agbamu called for its repeal, and in the face of a highly publicized lawsuit initiated by AARP on behalf non-borrowing spouses facing foreclosures and displacements upon the death of their borrowing spouses, HUD rescinded ML 08-38 in 2011. Following the ML 08-38 recall, Agbamu turned his advocacy to a related senior-protection issue in reverse mortgages: foreclosure and displacement of non-borrowing spouses (NBS). While AARP Foundation Litigation and the Washington, D.C. law firm of Mehri & Skalet were fighting HUD in federal courts, Agbamu was doing the same thing in the media through his blog (www.thinkreverse.com) and in op-eds in the financial media. In a January 2013 op-ed in National Mortgage News, Agbamu framed and proposed four options for resolving the NBS problem.

His option four, which called for reworking HECM’s actuarial assumptions to cover the risk of non-borrowing spouses for prospective loans, has been adopted and codified by HUD in Mortgagee Letter 2014-07 released on April 25, 2014. Effective Aug. 4, every disclosed and certified non-borrowing spouse will be protected from displacement when their borrowing spouse dies for the first time in the program's 25-year history. Because HUD has yet to come up with a satisfactory solution to the plight of existing non-borrowing spouses who are facing foreclosure and displacement and those who are expecting the same fate when their spouses die, Agbamu continues his media campaign through his blog and other channels, calling on HUD to remove obstacles to assignment, the only viable solution to the existing NBS cases.

Today, Agbamu’s occupational focus is primarily in education (he serves on the board of Books for Africa), but he still has time to offer consulting services on reverse mortgages and to author his ThinkReverse blog. We spoke with the Oakdale, Minn.-based Agbamu about his career in reverse mortgages and his thoughts on the state of the product.

How did you first get involved with reverse mortgages?
Agbamu: I came into the mortgage industry in 1998 from a 14-year stint in education in New York City, and I accidentally ran into reverse mortgages around 2001 when my boss at People’s Choice Mortgage asked me to research the product. Up to that time, I knew nothing about reverse mortgages. As I researched reverse mortgages, I was fascinated and hooked.

What hooked you so quickly and attracted you to the reverse product?
Agbamu: The counter-intuitive nature of the product was a draw for me. It is a product that seniors can use to get cash without having to make monthly repayments as with other types of home equity loans, and they can still retain every vestige of ownership. It seemed like the greatest product for seniors who need extra cash to meet their needs. I’m particularly drawn to seniors because my grandmother had a role in my upbringing in Nigeria. The African adage, “When we honor our elders, we honor ourselves,” was drummed into my head early in life. So for me, reverse mortgages was an opportunity to do good and do well. Reverse mortgages have been around for many years, but are still a niche product within the mortgage world.

In your opinion, why haven't they become more popular?
Agbamu: Perhaps, it is the too-good-to-be-true nature of the product. Perhaps, we don’t hear the word "reverse,” we just hear the "mortgage" part. The product also attracted some unsavory actors in past who would prey on seniors. Compared to 2001, reverse mortgages have come a long way in popularity, especially through televisions ads with famous actors and politicians. Let’s talk about Mortgagee Letter 08-38.

What was your reaction when you first learned that HUD made this significant change?
Agbamu: It struck a nerve. It made everyone of us in the industry a liar. Here was a product that came with controls for a vulnerable demographic of the public—the product was designed and sold to protect seniors. HUD said from day one that borrowers and their heirs were not liable for more than the value of the home at loan termination. Then they changed that cardinal promise initially without public notice. Unconditional non-recourse was, and remains, an integral part of the piece-of-mind promise we make to seniors who take reverse mortgages. It was a travesty. But there was no great hue and cry across the industry over this.

Why did you take the leadership role in arguing against ML 08-38?
Agbamu: As an advocate for consumers, a product champion, and a visible thought leader with a communication platform, I knew deep down that this was where the rubber met the road. Silence, in the face of obvious wrong against the weak by a powerful unit of our federal government, was not an option for me. In the life of every person, both professionally and ethically, there comes a crossroads moment when you have to stand for something that is bigger than your own self-interest. The so called "clarification of HECM non-recourse," or ML 08-38, was that moment for me. The recall of ML 08-38 and the resulting failure-to-protect lawsuits by non-borrowing spouses have completely vindicated the stand I took. And for that, I am grateful to the Author of all victories!

How did your outspoken actions impact your work?
Agbamu: When you are wrongly perceived as a troublemaker, it doesn’t help. There were times when influential businesses and associates would not return my calls. No one wanted to offend HUD, and I accepted that. It was a price I knew I had to pay for the stand I took. Like the proverbial city hall, picking a fight with a powerful arm of the federal government that controls your industry is not fun.

What is your role in the reverse mortgage world today?
Agbamu: Today, I am essentially an advocate for seniors. They call me, they send e-mails, and share their worries about losing their homes when their borrowing spouses die. I do substitute teaching and some reverse mortgage consulting work as well. Regulators call me, as do attorneys in litigation, for advice on the world of reverse mortgage.

Reverse mortgages can provide an essential risk management tool for millions of retirees.