Freddie Mac has released the results of its Primary Mortgage Market Survey (PMMS), showing average fixed mortgage rates hitting new lows for the year as 10-year bond yields briefly dipped below two percent. At 3.97 percent the average 30-year fixed rate is at its lowest level since the week of June 20, 2013 when it averaged 3.93 percent. This was also the last time the 30-year fixed averaged below four percent in the PMMS until this week. 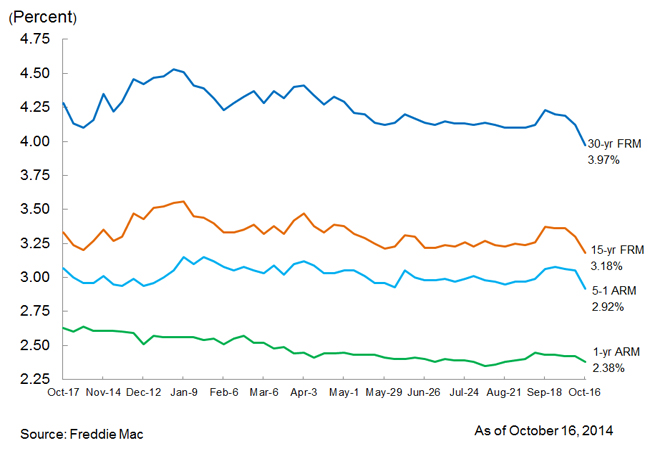 "Mortgage rates were down sharply following the decline in the 10-year Treasury yield for the second straight week," said Frank Nothaft, vice president and chief economist, Freddie Mac. "Rates are at their lowest levels since June 2013 amidst continued investor skepticism regarding the precarious economic situation in Europe."