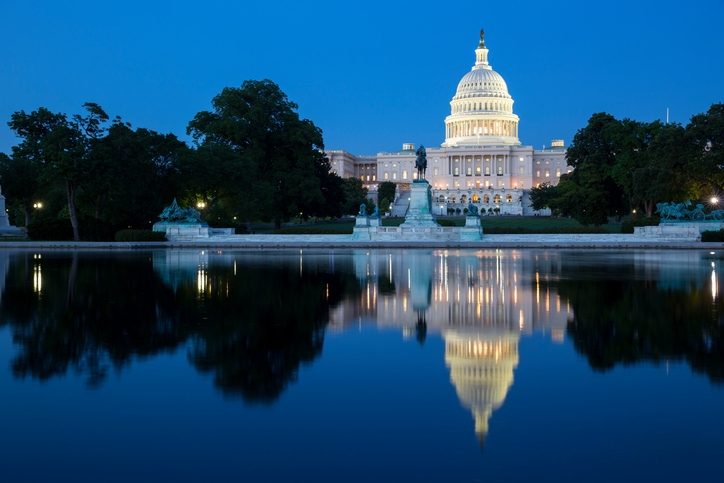 The U.S. Senate has voted 67 to 31 to pass S. 2155, the Economic Growth, Regulatory Relief, and Consumer Protection Act, which is widely seen as the first significant legislative effort to roll back portions of the 2010 Dodd-Frank Act.
Sixteen Democrats and Maine Independent Angus King joined Republicans in voting for S. 2155, originally introduced on Nov. 17. The draft legislation will now go to the House of Representatives, where several Republican legislators have announced plans to add additional provisions to the bill. Just last week, the Senate voted 67-32 to end debate on a motion to proceed with S. 2155.
David H. Stevens, President and CEO of the Mortgage Bankers Association, praised the Senate’s vote.
“This bill will further ensure consumer protections and adequate access to mortgage credit,” Stevens said. “Specific mortgage related portions of the bill include: SAFE Act amendments which provide mortgage loan originators with 120 days of transitional authority to originate when moving from a federal depository to a non-bank (or across state lines), Subjecting Property Assessed Clean Lending (PACE) or property retrofit loans to Truth In Lending Act consumer protections, critical consumer protections to U.S. veterans who use the VA Home Loan program, clarifying the High Volatility Commercial Real Estate rule to help promote sustainable construction and development, and targeted TILA/RESPA Integrated Disclosure fixes.”
The Independent Community Bankers of America (ICBA) also praised the outcome.
“S. 2155 is a robust package of community bank regulatory relief focused on Main Street, not Wall Street,” said ICBA Chairman Scott Heitkamp, President and CEO of ValueBank Texas in Corpus Christi. “This legislation has strong bipartisan support for good reason—it will ease unnecessary regulatory burdens on community banks so they can continue meeting the needs of their customers and communities.”
The bill’s passage was a major setback for Sen. Elizabeth Warren (D-MA), who excoriated her colleagues for passing what she dubbed the “Bank Lobbyist Act.”
“We need real accountability for big banks and the people who run them,” she said in a Facebook posting. “I just introduced a new bill—the Ending Too Big to Jail Act—to help make sure that bank executives are hauled out of their offices in handcuffs when they break the law. The American people aren’t going to stand by while big banks and giant corporations run this economy and this Congress for their own benefit.”
Link copied
Published
Mar 14, 2018
Coming Up See All
May
24
Suncoast Mortgage Expo
Tampa, FL
May
26
Non-QM is about Solutions and Confidence
Webinar
1:00 PM ET
Jun
01
DealDesk Focus on Acra Lending Rehab Loans
Webinar
1:00 PM ET
Get the Daily
Advertisement
Advertisement
Industry News
PennyMac Cutting 207 Jobs