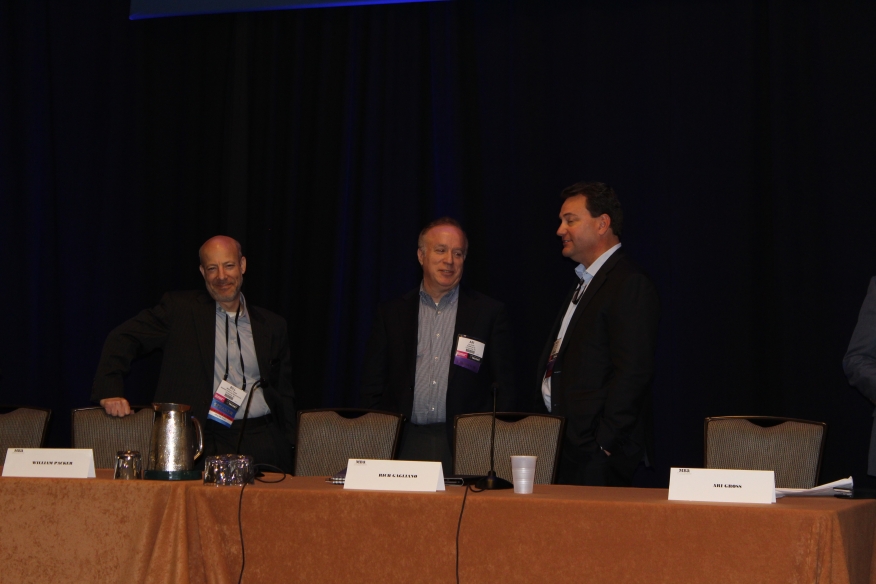 As costs to process loans continue to skyrocket, many at this year’s MBA Technology Solutions Conference & Expo at the Hyatt Regency Dallas sought out innovative ways to lower their costs. It’s no wonder then, that the "Emerging Technologies Track" featured several well-attended sessions, from robotic automation to blockchain.
But the session garnering the most interest, not surprisingly, was about artificial intelligence. SoftWorks AI CEO Ari Gross led the panel, “Artificial Intelligence in 2020,” with William Packer, Executive Vice President and Chief Operations Officer of American Financial Resources (AFR) and Richard Gagliano, President of Origination Technologies at Black Knight.
The panel centered around the potential that AI has for the mortgage industry for the coming year as well as its ramifications. The group spoke about how artificial intelligence needs to be looked at as a tool to solve specific problems in the mortgage arena.
“It’s tricky to get the results you want unless you really know what you’re coming in and wanting to solve or what the metrics should be around that,” Gross said.
As an example, the panel talked about how bigger horizontal solutions such as IBM Watson cannot adequately cover the mortgage industry’s needs because their solution doesn’t come out of the box. Businesses that are small- and medium-sized don’t have enough data for a horizontal solution to learn from–affecting the accuracy of the solution.
Gross believes that any solution that is going to help the mortgage industry lower costs must have learned on previous client data in order to deliver out of the box. Packer agreed, noting that hiring managers bring on employees because of their past performance. However, when a company is looking to bring on a machine that is supposed to perform to a human’s capabilities, many are starting from scratch.
“Everybody says ‘can you give me something that knows a lot about my space or performs at a certain level of proficiency because I don’t want to train from scratch,’” Packer said. “But people don’t want to share data … and it’s counterintuitive.”
The panel discussed current and future capabilities that artificial intelligence can have on the mortgage industry. Gross polled the audience to see whether attendees implemented an AI solution and if so, what they were utilizing.
“If the process you want to automate is well-defined within that organization, then you can say that you’re going to have a bot learn how to do something as well as you’re doing manually,” said Gross. “But what’s tricky is when you take a large company … and there isn’t consensus on the process.”
Gagliano followed, “We’re striving for perfect quality, making sure that our loans are regulatory compliant and we’re doing that at cost to originate. Lenders are looking for operational efficiencies.”