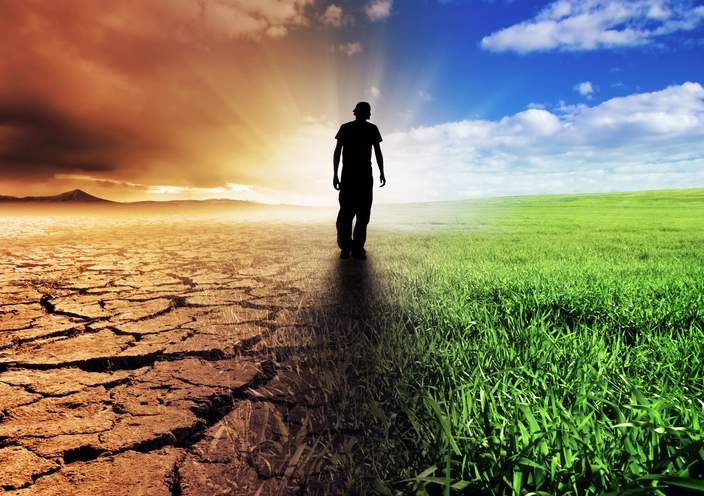 A new survey by Zillow finds half of the residents in the nation’s major metro areas believe they will witness changes to their homes and communities due to climate change.
The survey, which was published in the latest Zillow Housing Aspirations Report, found nearly two-thirds of adults between the ages of 18 and 34 believed climate change will impact their homes and communities either "somewhat" or "a great deal" in their lifetimes, compared with 51 percent of people ages 35 to 54 and 39 percent of those 55 and older.
Among the major metros, the concept of witnessing climate change-fueled impacts to housing and communities was strongest in Miami (61 percent), San Jose (59 percent) and Los Angeles (57 percent), with much less anticipation measured in St. Louis (40 percent), Detroit (43 percent) and Philadelphia (44 percent). Sixty-three percent of Democrats and 32 percent of Republicans expected impact, while 43 percent said they didn't expect any impact at all.
"This survey confirms that millions of Americans are sensitive to the risks associated with climate change and believe they will face them in their lifetimes," said Skylar Olsen, director of economic research at Zillow. "Young adults are much more likely to recognize the reality of climate change-related risks to their homes and communities. Every month new evidence is brought to light about the risks ranging from rising temperatures to more frequent floods to wildfires, and people are hearing the message. Even across age groups and political lines, there is at least consensus that when you are in a hole the first step is to stop digging, in this case by not continuing to build new homes in high-risk areas."
The new survey follows a report published last month by Zillow and Climate Central that forecasted more than 800,000 existing homes worth $451 billion will be at risk in a 10-year flood by 2050.
Link copied
Published
Aug 13, 2019
Coming Up See All
Aug
18
Maximum Acceleration
Las Vegas, NV
Aug
19
Originator Connect
Las Vegas, NV
Aug
19
Non-QM Summit
Las Vegas, NV
Get the Daily
Advertisement
Advertisement
Analysis and Data
Mortgage Debt Rose 14% From 2017-2021: Experian