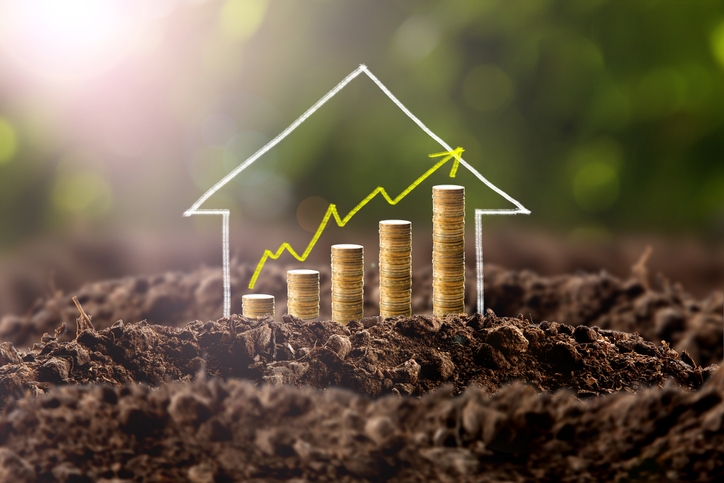 The year started off on a high note for pending home sales, according to new data from the National Association of Realtors (NAR), as the Pending Home Sales Index (PHSI) for January was up by 5.2 percent to 108.8. On a year-over-year measurement, the PHSI increased 5.7 percent. 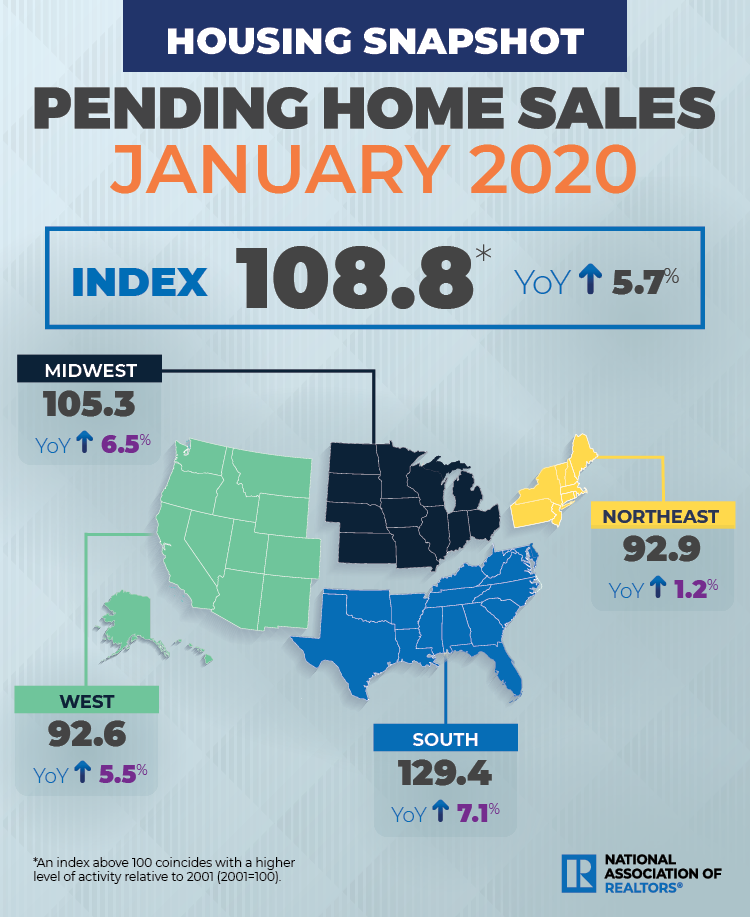 Among the four regions, three recorded annual increases: The Northeast PHSI rose 1.3 percent to 92.9, the Midwest index took a 7.3 percent ascent to 105.3 and the South rose with an 8.7 percent climb to 129.4. Only the West tracked a decline, dropping 1.1 percent to 92.6–although NAR noted it was 5.5 percent higher from a year ago.
“This month’s solid activity—the second-highest monthly figure in over two years—is due to the good economic backdrop and exceptionally low mortgage rates,” said Lawrence Yun, NAR’s chief economist, who also noted December’s and January’s combined supply was at the lowest level since 1999. “Inventory availability will be the key to consistent future gains.”
And for aspiring homebuyers shopping for mortgages to go with their pending home sales, Freddie Mac reported the 30-year fixed-rate mortgage averaged 3.45 percent for the week ending Feb. 27, down from last week when it averaged 3.49 percent. The 15-year fixed-rate mortgage averaged 2.95 percent, down from last week when it averaged 2.99 percent. And the five-year Treasury-indexed hybrid adjustable-rate mortgage (ARM) averaged 3.20 percent, down from last week when it averaged 3.25 percent.
“Given the recent volatility of the ten-year Treasury yield, it’s not surprising that mortgage rates again have dropped,” said Sam Khater, Freddie Mac’s chief economist. “These low rates, combined with high consumer confidence, continue to drive home sales upward, a trend that is likely to endure as we enter spring.” 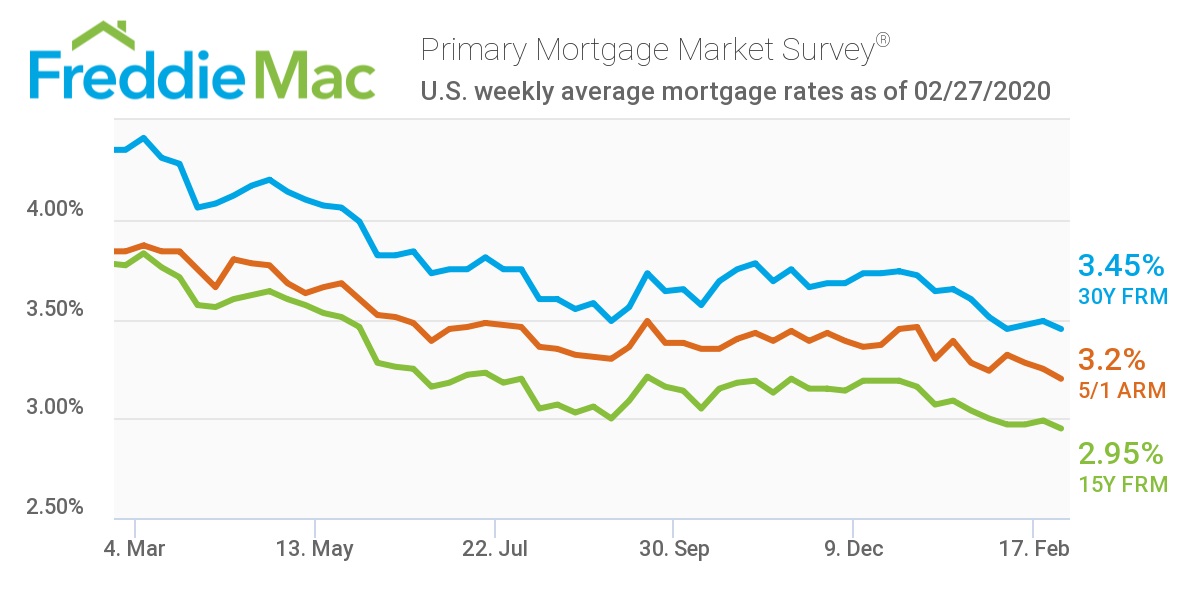