Building Permits Down, Housing Starts Up In February 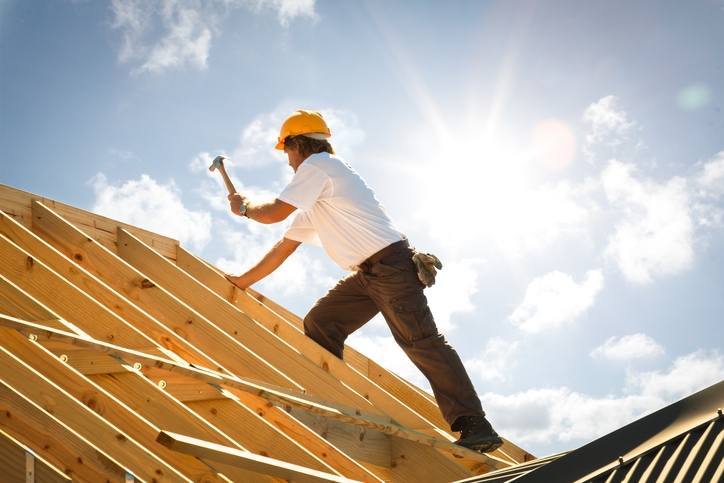 Privately owned housing units authorized by building permits in February were 1.9% below the revised January rate.

Fewer building permits were issued nationwide in February from a month earlier, but construction nonetheless began on more homes last month, according to the latest data from the federal government.

The latest monthly report issued jointly today by the U.S. Census Bureau and the Department of Housing & Urban Development found that privately owned housing units authorized by building permits in February were at a seasonally adjusted annual rate of 1.86 million, 1.9% below the revised January rate of 1.9 million. Last month’s rate, however, was 7.7% above the February 2021 rate of 1.73 million.

Privately owned housing starts in February were at a seasonally adjusted annual rate of 1.77 million, 6.8% above the revised January estimate of 1.66 million and was 22.3% above the February 2021 rate of 1.45 million.

Single‐family housing starts in February were at a rate of 1.22 million, 5.7% above the revised January figure of 1.15 million. The February rate for buildings with five units or more was 501,000, the report said.

The number of privately owned housing that was completed in February was at a seasonally adjusted annual rate of 1.31 million, 5.9% above the revised January estimate of 1.24 million, but 2.8% below the February 2021 rate of 1.35 million.

Single‐family housing completions in February were at a rate of 1.03 million, 12.1% above the revised January rate of 922,000. The February rate for buildings with five units or more was 266,000, the report said.

“It’s great to see both housing starts and completions up,” she said. “Permits, a leading indicator of future starts, is down modestly month over month as builders grow concerned about affordability challenges ahead as rates continue to rise. But record low existing-home inventory and millennial demand is supportive of new construction. Of course, builders face persistent headwinds that make it difficult to bring more new homes to the market.”

Kushi said that while single-family completions increased by 12% from the previous month and would help to ease the lack of housing supply, it is still “important to note the gap between starts and completions, which is much higher than pre-pandemic and partially due to supply shortages of construction inputs delay the delivery of finished homes.”

She said the shortage of labor and materials continue to hamper new construction.

“The number of single-family homes authorized, but not started, was 25% higher year over year and up 2% month over month — builders have a backlog of uncompleted homes to get through before they can break ground on new projects.”

Nonetheless, the number of single-family homes under construction increased to the highest level since 2006, she said. “While builders are continuing to push to meet demand, supply-side headwinds slow the home-building momentum at a time when the housing market desperately needs more supply relief.”

Affordability of homes also continues to be a concern, Kushi said.