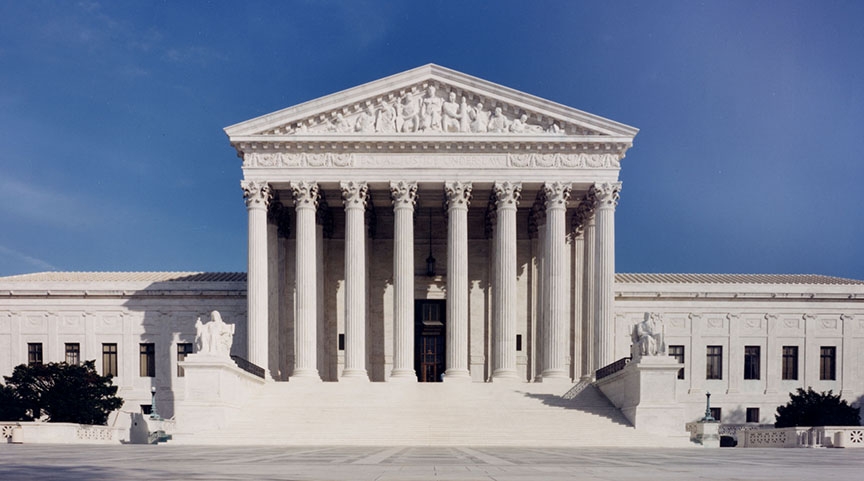 Both groups support petition to hear case, but differ on how court should rule.

Pressure is growing on the U.S. Supreme Court to decide whether the funding method for the federal Consumer Financial Protection Bureau (CFPB) is constitutional.

This all began in October, when the Fifth U.S. Circuit Court of Appeals in New Orleans ruled that the CFPB’s funding method as set up by Congress violates the Constitution’s structural separation of powers.

When the CFPB was created as part of the 2010 Dodd-Frank financial overhaul law, Congress exempted the bureau from annual appropriations. Instead, CFPB is funded by transfers from the Federal Reserve. While the funding is capped at 12% of its annual budget, the Fed can’t reject requests that fall beneath the cap.

The appeals court ruling prompted the CFPB to file a petition with the U.S. Supreme Court in November, asking it to hear arguments on the ruling and decide the case during its current term.

Earlier this month, two groups of state attorneys general filed amicus briefs with the Supreme Court, urging it to grant the CFPB’s petition. The two groups, however, have polar opposite opinions on what the court should ultimately decide.

The decision by a three-judge panel of the 5th Circuit Court was issued as part of a ruling on an appeal of a case brought by payday lending groups. The Community Financial Services Association of America and Consumer Service Alliance of Texas had sued the CFPB, challenging the validity of its 2017 payday lending rule, which regulates high-interest rate lenders.

The plaintiffs contended that in enforcing the rule, the CFPB “acted arbitrarily and capriciously and exceeded its statutory authority,” according to court documents. The groups also contended that the CFPB “is unconstitutionally structured, challenging the bureau director’s insulation from removal, Congress’s broad delegation of authority to the bureau, and the bureau’s unique, double-insulated funding mechanism.”

Those arguments had been rejected by the U.S. District Court for the Western District of Texas, but that court’s decision was appealed to the 5th Circuit Court.

The 5th Circuit Court’s decision, written for the court by Judge Cory T. Wilson, stated that, “Congress’ decision to abdicate its appropriations power under the Constitution, i.e., to cede its power of the purse to the bureau, violates the Constitution’s structural separation of powers. We thus reverse the judgment of the district court, render judgment in favor of the plaintiffs, and vacate the bureau’s 2017 Payday Lending Rule.”

In the amicus brief filed by the Democratic state Attorneys General, they argue that the appeals court should grant CFPB’s petition to “at least to review the question of whether the court of appeals erred in vacating a regulation promulgated during a time when the CFPB received allegedly unconstitutional funding.”

The Democratic Attorneys General say the appeals court’s “sweeping remedy … threatens substantial harm to the States,” because they and their residents “could stand to lose the benefits of the CFPB’s critical enforcement, regulatory, and informational functions if the decision below stands and is interpreted to impair the CFPB’s ongoing operations.”

The Attorneys General added that “the court of appeals’ reasoning could jeopardize many of the CFPB’s actions from across its decade-long existence, to the detriment of both consumers protected by those actions and financial-services providers that rely on them to guide their conduct.”

They also argue that there is no indication that if the CFPB’s funding had come from the Treasury rather than the Federal Reserve, the CFPB would have altered its behavior as to the payday lending rule.

On the other side of the argument are the Republican state Attorneys General, who also filed an amicus brief. They, too, urge the Supreme Court to hear the case, but say a prompt decision on the issue is necessary because “as co-regulators, states are left to wrestle over how to engage with an agency whose constitutionality is a matter of open dispute.”

They also contend that if the court does not provide an answer soon, “States will have to litigate the same issue in other districts and circuits over and over.”

The Republican Attorneys General also claim in their brief that the appropriations process “makes the federal government more accountable to the states.” They say the appeals court decision is correct and that the 5th Circuit “was right to vacate a rule enacted without constitutional funding.”

In addition to receiving the two amicus briefs, the Supreme Court in November granted a request of the Community Financial Services Association of America, a plaintiff in the lawsuit against CFPB, for a 30-day extension to file its brief opposing the CFPB’s petition. The association has until January 13, 2023, to file its brief.