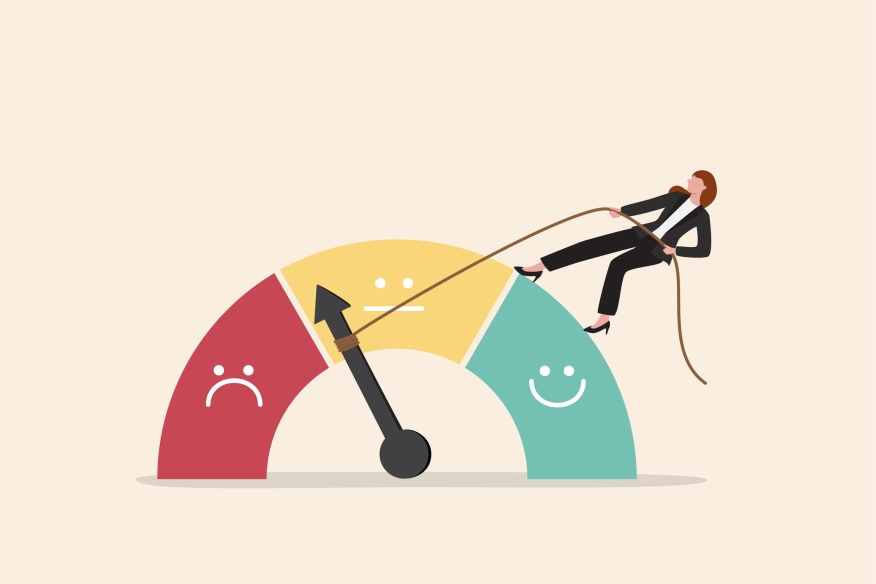 Days after it was revealed that lenders and — by extension — borrowers can expect to incur up to 400% increases in fees related to mortgage application credit reports, questions remain unanswered about the motivation behind the hikes.

The increases were first reported Nov. 23 in a column penned by Jeff Lazerson, president of MortgageGrader.com and a columnist for the Orange County (Calif.) Register.

According to Lazerson, the notice indicated that, starting Jan. 1, “a FICO-scored joint (spouses) credit report is rising to $74.53 from $39.01. That’s a 91% increase or nearly double the price.”

He added that lenders typically would absorb the cost of the credit report on loans that are canceled or denied.

In his column, Lazerson said Experian, and TransUnion declined to comment. He did note that Equifax responded, confirming that FICO will have tiered pricing and that the size of the increases are “unprecedented.”

Lazerson’s column prompted The National Consumer Reporting Association (NCRA) to send a letter to its member last week stating that the “vast majority” of mortgage lenders will incur price increases ranging from 10% to 400%.

According to the letter, dated Nov. 22 and signed by NCRA Executive Director Terry Clemans, Fair Isaac Corp. (FICO) will increase the price for mortgage credit reports over three tiers, “with a wholesale price increase of less than 10% for the top tier of approximately 46 lenders, about 200% for approximately six lenders in the middle tier, and more than 400% for all other mortgage lenders in the nation.”

“This is a paradigm shift in the pricing structure for credit scores,” Clemans wrote, “and is being dictated to the mortgage credit reporting industry from all three national credit bureaus and/or FICO.”

In his letter, Clemans said the NCRA “is not aware of the full origin of this change as it has not been disclosed to us by either FICO or the national credit bureaus.” He said it will be up to each mortgage credit reporting company “to determine how to implement this change with its customers based on its individual business plans.”

He added, “The industry as a whole is looking for more details, which are complicated by the contractual limitations that prevent NCRA members from disclosing the reason for this price increase. Unfortunately, we can only confirm the limited information above and urge the source/sources of this dramatic pricing change to be more transparent with the reasons requiring this statement.”

In a written statement, a spokesperson for FICO said Tuesday that the company had notified the three credit bureaus by Sept.1 that it adopted a tier-based royalty structure for mortgage credit reports, generally based on the volume of FICO Scores delivered to lenders and that it had already adopted a tiered volume-based structure in other markets, such as auto loans, credit cards, personal loans, and other products. Historically, FICO has charged each credit bureau the exact same royalty per-score in the mortgage market regardless of volume or other factors, and the royalty per score had been approximately 60 cents, according to the spokesperson.

It is only the second increase in 25 years, the spokesperson said.

The spokesperson added that FICO’s rates remain exceedingly low compared to the value that the FICO Score provides as one of the most important components in facilitating approximately $2 trillion in mortgage originations every year.

Monday, a spokesperson for Equifax confirmed to NMP that the increases are coming shortly and pointed to the source of them.

“Beginning in December 2022, consistent with other markets such as auto loans, credit cards, and personal loans, and based on changes in pricing from our third-party supplier, FICO Scores will be priced at a tier-based pricing structure for mortgage,” the spokesperson said in an email. “As a result of this change, Equifax recently informed customers that on January 1, 2023, Equifax will move mortgage industry pricing to this tier-level structure. The new tiered pricing structure to the bureaus is tied to the entire mortgage industry.”

The spokesperson did not immediately respond to questions regarding the names of the companies in the top two tiers or the specific cost of the increases.

The cost increases follow a recent decision by the Federal Housing Finance Administration (FHFA) to change its reporting requirements after two decades of relying on the classic FICO score. The agency announced in October that it had approved both the FICO 10T credit score model and the VantageScore 4.0 credit score model for use by the government-sponsored enterprises, Fannie Mae and Freddie Mac.

Sandra Thompson, director of the FHFA, said at the time that the decision would “benefit borrowers and the enterprises, along with maintaining safety and soundness.”

She added, “While implementing the newer credit score models is a significant change that will take time and require close coordination across the industry, the models bring improved accuracy and a more inclusive approach to evaluating borrowers.”.

Agency officials said they expected the implementation of FICO 10T and VantageScore 4.0 would be a multiyear effort, and that once implemented, lenders would be required to deliver both credit scores with each loan sold to the enterprises. Officials said the FHFA and the enterprises would conduct outreach to stakeholders to ensure a smooth transition to the newer credit score models.

Officials said they expected the new models to improve accuracy by capturing new payment histories for borrowers when available — such as rent, utilities, and telecom payments — and save borrowers money by reducing the required number of credit reports from three to two.

NMP also reported on the FHFA plan in October.

Officials at the Consumer Financial Protection Bureau (CFPB) and the FHFA declined to comment on the price increases.