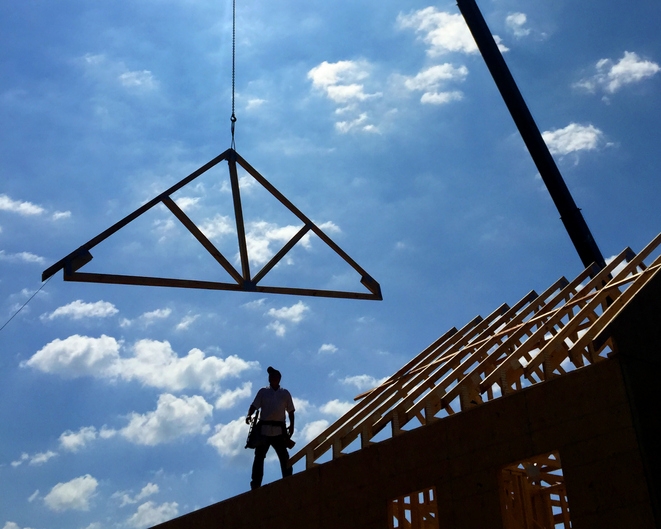 A month after seeing a slight increase, fewer privately owned housing units were authorized in April from a month earlier, the federal government said Wednesday.

According to the Monthly New Residential Construction report for April, released jointly by the U.S. Census Bureau and the Department of Housing and Urban Development, privately owned housing units authorized by building permits in April were at a seasonally adjusted annual rate of 1.82 million, 3.2% below the revised March rate of 1.88 million. The rate, however, was 3.1% above the April 2021 rate of 1.77 million. The results for April were below consensus expectations.

Single‐family authorizations in April were at a rate of 1.11 million, 4.6% below the revised March figure of 1.16 million and down 3.6% from a year earlier, the report states.

Privately‐owned housing starts in April, meanwhile, were at a seasonally adjusted annual rate of 1.72 million, down 0.2% from the revised March estimate of 1.73 million but i14.6% above the April 2021 rate of 1.51 million.

Privately‐owned housing completions in April were at a seasonally adjusted annual rate of 1.3 million, 5.1% below the revised March estimate of 1.37 million and 8.6% below the April 2021 rate of 1.42 million.

Single‐family housing completions in April were at a rate of 1 million, 4.9% below the revised March rate of 1.1 million. The April rate for buildings with five units or more was 281,000, down 6.6% from the previous month and down 33.3% from the same month last year.

Odeta Kushi, deputy chief economist for First American Financial Corp., said the results show that “builders still have a backlog of uncompleted homes to get through before they can break ground on new projects. The number of single-family homes authorized but not started was nearly 8.5% higher year over year in April.”

She continued, “Similarly in April, there were 815,000 single-family homes under construction (seasonally adjusted), which is the highest level since 2006. On a more positive note, this was a strong month for multi-family construction. Housing starts for buildings with five or more units increased nearly 17% on a monthly basis and 42% compared with one year ago.”

Kushi noted that while homebuilder confidence fell for the fifth straight month in May, the remain positive “and at about the same (confidence) level as it was in 2019.”

"Builders continue to face supply chain disruptions, rising input costs, and concerns that declining affordability is pricing out potential buyers, particularly first-time home buyers, which are the most rate sensitive,” she said. “Housing demand is softening, but that means more balance is coming to the housing market. The housing market of 2020 and 2021 was the exception, not the norm.”

The increase in mortgage rates, combined with rising house prices, she said, “may prompt first-time buyers to pull back from the market. As this happens, house price growth will moderate and bring some much-needed balance to the red-hot housing market.”

Kushi added that the lack of inventory “may worsen as rates rise. Existing owners are ‘rate locked-in’ when their existing rate is below the prevailing market rate. This places even more importance on homebuilding. You can’t buy what’s not for sale, but you can build it.”