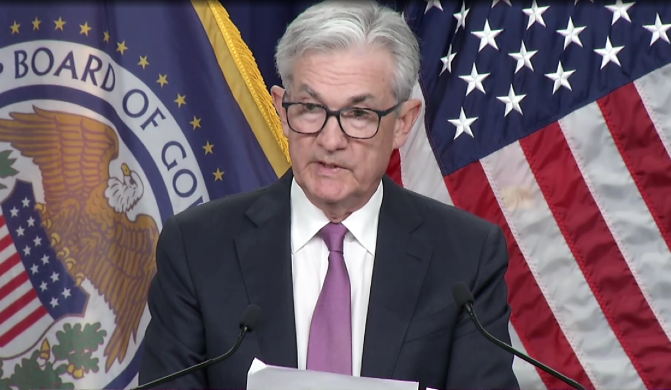 Experts do agree there is much uncertainty about what the Fed will do next.

The Federal Reserve’s 75-basis-point interest rate hike Wednesday did not surprise Wall Street, Main Street, or housing market analysts. But that doesn’t mean the increase in the target range for the federal funds rate to 2.25% to 2.5% was necessarily good news for the mortgage and housing industries.

National Mortgage Professional spoke with several industry experts about what the Federal Open Market Committee’s (FOMC) latest decision means — both now and down the road to the next meeting in September, and to the end of the year.

Realtor.com Chief Economist Danielle Hale predicted that mortgage interest rates, which now sit around 5.5%, will bump up by 5 to 10 basis points today and into next week, and then by up to 25 basis points in the next few weeks.

Hale said she also expects home buying, which has already slowed, to continue its slide as long as rates remain elevated.

CoreLogic Deputy Chief Economist Selma Hepp saw things differently, though. Sepp doesn’t expect interest rates to inch up much further than their current rate before the FOMC meets again in September. But  depending on what the committee does then, she could see a jump towards 6%, she said.

There were also differing opinions about what Wednesday’s news means for the job market in the mortgage industry. Large and small job cuts, Chapter 11 bankruptcy filings, and abrupt closures have dominated the mortgage news cycle in recent weeks. LINKS

Hale said she also expects the industry to shed more jobs before the next Fed meeting in September, saying that the abrupt “about face” in the housing market will negatively impact the lending industry.

The FOMC is scheduled to meet again Sept. 21-22 to discuss further rate increases.

Selma said the following two months of Consumer Price Index and jobs reports, as well as today's report on Gross Domestic Product, will play heavily into the committee’s next rate hike, which Federal Reserve Chairman Jerome Powell signaled in his remarks Wednesday.

“We’ll be very well aware of the (Fed’s) expectations,” she said. “They’re really leaving it open.”

Hale said she expects the Fed to continue what it has been doing, which is to follow leading economic indicators. If the upcoming consumer price indicators continue to rise, she said, she could see a rate hike in September of 100 basis points. She added, however, that she believes it’s more likely to be a third consecutive vote for a 75-point-basis increase.

Regardless of the indicators, Hale said, she expects additional rate hikes through at least the end of the year, and that a recession is coming in 2023.

Sweet said Wednesday that, if inflation doesn’t moderate by September, “anything is possible, including a 100-basis-point increase" following the September meeting.

“I expect the Fed to hike by 50 basis points in September and then 25 basis points at each of the following two meetings for the year,” he said.

Sweet said he believes the Fed will continue to hike interest rates “until they break inflation,” as long as the labor market stays strong.

Hepp said there is a great degree of uncertainty about what the FOMC will do at its September meeting.

Hale said she expects a recession sometime in 2023.

Marty Green, a principal with Polunsky Beitel Green, also weighed in on Wednesday’s announcement, saying that even though the committee had never raised the rate by 75 basis points in two consecutive meetings, the increases have already been built into current mortgage rates.

“We believe the residential mortgage market will take this increase in stride, as it is in line with what (Fed Chairman Jerome Powell indicated at the conclusion of the Fed’s June meeting,” Green said. “There are no surprises here.”

Also on Thursday, the U.S. Bureau of Economic Analysis said real gross domestic product (GDP) decreased at an annual rate of 0.9% in the second quarter of 2022, according to the advance estimate. In the first quarter, real GDP decreased 1.6%, according to the BEA.

The second estimate for the second quarter, based on more complete data, will be released on Aug. 25.

Mike Fratantoni, senior vice president and chief economist at the Mortgage Bankers Association, said Thursday that report of a second consecutive decline in real GDP highlights the abrupt change in the path of the U.S. economy, but that the ongoing strength in the job market and other signs of growth make it unlikely this will be categorized as a recession at this point.

Fratatoni said there are some anomalous factors that brought the number down, including a contraction in inventories that contributed 2% to the decline in overall GDP. Absent that drop, which likely reflects ongoing challenges with supply chains, he said headline growth would have been positive. He also noted that government spending has declined for three successive quarters — evidence of the lapse in pandemic support measures.

“Beyond the headline reading, there are some notable trends in this advance report for Q2 GDP. First, consumer spending on goods is growing more slowly, and consumer spending on services is picking up. This is an ongoing normalization as the effects from the pandemic wane. The travel and hospitality industries are certainly seeing a rebound,” Fratatoni said.

“Second, in yet another signal that the spike in rates brought the housing market to a sudden halt, residential investment dropped at a 14% rate last quarter, contributing -0.7% to the decline in GDP," he said. "Housing tends to lead the rest of the economy, and we expect that pattern will hold this cycle as well.”