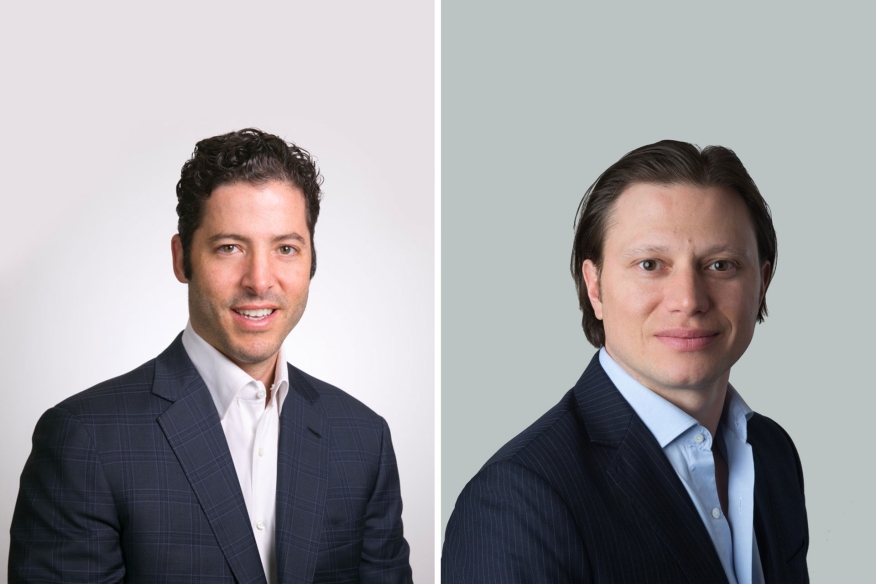 Standard Communities creates affordable housing in some of the priciest locations in America, ensuring that essential workers can live in dignified and affordable homes. Some of the states on Standard Communities’ roster include California, New York, Rhode Island, Hawaii, and the Carolinas — choosing these particular locations not because they are easy, but because they are hard.

Before Scott Alter and Jeffery Jaeger became owners and co-founders of Standard Communities, a company now worth more than $1 billion, they were simply buddies who shared a common goal.

The two friends met in 2004 when Alter moved to San Francisco from New York, after earning a Bachelor of Science degree in Industrial and Labor Relations from Cornell University. Jaeger, on the other hand, graduated from the University of California, Berkeley, with a Bachelor of Arts degree. The two young men had vastly different but equally promising backgrounds, yet, what brought them together were their charitable aspirations and goals.

“We started by asking ourselves, ‘How do we make this world better than we left it?’” Alter said, perhaps, unaware that at that time the country was heading toward one of the worst financial meltdowns of the century. Soon enough, the housing bubble burst, Wall Street spun into a crisis, millions of families were displaced from their homes, and the answer to their question became obvious: provide people with affordable housing.

Alter and Jaeger formed their business at the perfect time: in the depths of the 2008 housing crisis. Leading up to the crisis, Fannie Mae and Freddie Mac were leading financiers for affordable home development and financing, but after facing mounting losses due to the subprime mortgage crisis and losing a combined $265 billion in liquidity, they could no longer finance debt.

There was a huge hole left with Fannie and Freddie no longer in the picture — one that Standard Communities was willing to fill. So, the two aspiring entrepreneurs went to the Idaho Housing Finance Association to finance their first acquisition while they were able to bring in equity that exited the market. From there on out, Standard Communities has been working with state housing finance agencies to preserve, renovate, and build affordable housing wherever they can.

Standard Communities is an affordable housing investor and developer dedicated to providing homes for the “missing middle” workforce. In other words, they want to provide affordable and dignified housing for essential workers who often don’t make enough money to live where they work. This leads to longer commute times, more money spent on transportation, and an array of other annoyances that get in the way of people's happiness.

Standard’s effort is aimed primarily, but not exclusively, at “the public workers of California: teachers, firemen, police and other workers that are just above the bandwidth of affordable housing and are struggling to find first homes and affordable rental properties in the state,” Jaeger said.

“I was born and raised in New York, where the ‘missing-middle’ workforce faces similar challenges,” Alter said. “They can’t afford to live where they work, but at least in New York you can hop on the subway or the Metro. In California, the traffic is unbelievable and what would be a short commute actually ends up being much longer.”

Why focus on workforce housing rather than overall affordable housing? “Because the need is huge,” Jaeger explained. “The need is almost larger than the need for affordable housing, just because the incomes we’re targeting here are between 80% and 120% of area median income (AMI) and that’s really one of the most underserved populations in the state.”

Today, Standard Communities is taking over housing stock in the least affordable areas in America, preserving low rents, rehabilitating properties, and making them more widely available to the public. Together, Alter and Jaeger have conquered some of the most expensive counties in the nation, including properties in San Jose & Pasadena, Calif.; Manhattan; Providence, R.I.; Chicago; Charleston, Va.; Boston; Honolulu, and more.

The Covid-19 pandemic and following recession increased the need for affordable housing ten-fold. Because interest rates dropped to historic lows and many people began working remotely, those who could afford it wanted to move. This fueled an unprecedented rise in home prices that is now excluding many working class people from the market. All the evidence suggests multifamily and affordable housing investors are needed now more than ever.

Throughout the pandemic, Alter and Jaeger identified areas that were in desperate need of affordable housing, such as Chicago. Many of the subsidies that aid the production and preservation of affordable units in the city come from private developers building market-rate homes. The unemployment rate soared for low-wage workers during the pandemic, reducing the ability for many households to pay market-rate rent.

For example, Ritch Homes Apartments is a Section 8 community that was on the brink of losing its affordability. That was until Standard Communities stepped in, with financing from Walker & Dunlop, to preserve the community’s affordability and finance a substantial renovation. The team was able to close the affordable rehabilitation transaction in 120 days, which is record timing, and kept 42 families in their homes.

In Southern California, the company is turning luxury apartments into affordable workforce housing. Recently, Standard Communities partnered with Faring Capital in an ambitious $2 billion joint venture to provide middle-income or workforce housing in California. What is unusual about this venture, though, is that it targets both new construction and existing housing, so many of these residents will now be able to afford luxury amenities. These homes are preserved for those who make 80% to 120% of the area’s median income.

“We’re taking existing luxury units — built actually cheaper than what it would cost to build true affordable housing now — and then we’re coming in after the fact and converting it into workforce,” Jaeger said. “We are working on programs to incentivize developers to build market-rate housing that can then have the option of converting into workforce housing.”

None of this would have been possible, however, had it not been for the public partnerships Standard Communities formed along the way. The housing affordability crisis existed before the COVID-19 pandemic, and the owners of Standard Communities were already forming a strategy to expand their company’s impact. In a 2019 press release, the duo stated they would partner their way out of the affordability crisis, working with the public sector to make a big enough impact.

“We would not be where we are today without help from the public sector,” Alter said. “Now, we consider ourselves an extension of the government because, truly, we’re helping each other. For example, we formed a partnership with the state of Hawaii to renovate their public housing stock, spread across the three islands. For that project we were able to do $85 million in renovations, which includes modernizing the building systems and updating the common areas. It provided housing for seniors as well as working class members, and improved the lives of more than 1,200 families.”

Getting an in with the government and local housing agencies isn’t the only secret to their success, though. Standard Communities also makes energy-efficient upgrades during their renovations to make them more affordable and compliant with new laws regarding greenhouse gas emissions. As young and socially conscious entrepreneurs, Alter and Jaeger see how they can make a drastic improvement in the climate-change effort, especially in highly polluted areas.

“Buildings account for approximately two-thirds of greenhouse gas emissions in New York City, and Standard is proud to do our part in helping New York City become carbon neutral by 2050,” Alter said. “Our substantial energy-efficiency improvements at Polyclinic Apartments are projected to reduce our carbon output more than 20% and save our residents over $6,000 a year collectively in utility bills.”

He added: “The energy efficiency gained from these upgrades is estimated to save 260 tons of carbon dioxide annually — that’s equivalent to the greenhouse gas emission from a regular passenger car after driving 590,000 miles.”

In December 2021, Standard received a Green Excellence Award for their renovation of Fort Chaplin Park Apartments in Washington, D.C. Standard completed a $33 million renovation of the property complete with a 1.28-megawatt solar photovoltaic system, the largest community rooftop solar array in D.C., and a new LEED Silver 15,000-square-foot Community Center. These apartments will be preserved as 100% affordable for at least the next 30 years.

“We estimate that these upgrades save residents almost 50% on electricity and over 30% on natural gas costs each year,” Alter said.

“Standard’s commitment goes far beyond the typical brick-and-mortar aspects of affordable multifamily development,” said Joe Ouellette, chief strategy officer at Standard Communities. “The sustainability improvements at Fort Chaplin Park results in hundreds of low and moderate-income households enjoying more than $2 million in energy-cost savings over the life of the system, equaling approximately $500 a year per resident.”

Standard Communities is a Better Building Challenge partner and Energy Star partner, which are government programs that incentivize CEOs and business leaders to reduce energy use in return for expert technical assistance, network development, and national recognition for applying innovative energy efficiency solutions.

“Right now, lots of affordable investors are using ESG strategies and are trying to factor it into their approach for the financial benefit, which is great,” Alter said. “But for Jeff and I, our dedication to ESG and green renovations is driven by our own values. Both of us are outdoorsy, and we were raised to be environmentally conscious. We started out in this business as young idealists and today we carry out those ideals with action. This isn’t solely about money, politics, or reputation — it’s just what we believe in.”

Standard Communities finished 2021 as a billion-dollar company. It has completed projects in 17 states, renovated more than 11,600 units, and provided affordable housing for more than 24,000 residents.

Moving forward, Standard is looking to start projects in Florida, as the housing market becomes over-inflated, especially in metros like Miami, Tampa, Orlando, and Jacksonville.