Austin, TX, Joins The Half A Million Club 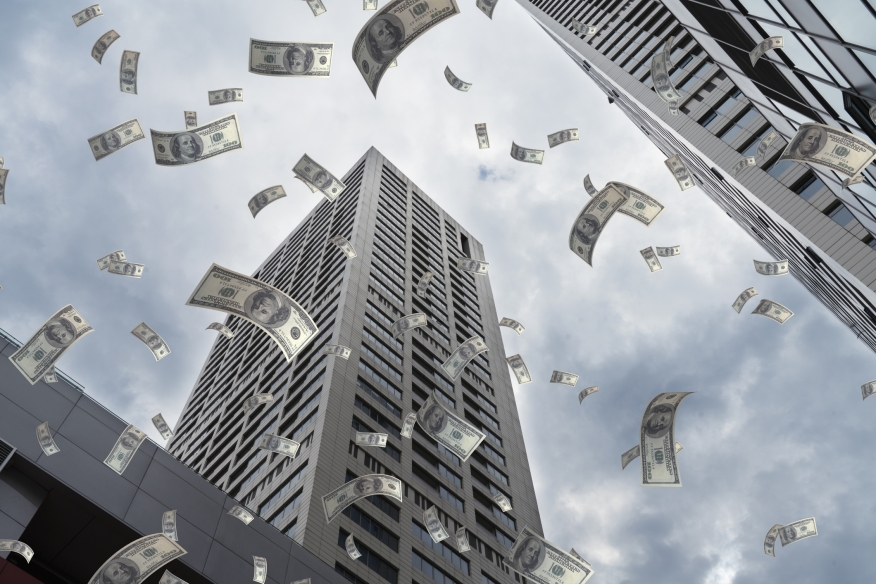 Home price inflation has reached new heights, giving rise to the half a million club; a list of metro areas in the United States where the median home price is $500,000. Austin, TX, is the newest metro area to join the club, finishing March with a 22.7% annual increase in home prices.

Ever since pricey Central Texas reached the watermark, 11 of the nation’s top 50 metros by homes sold have made it in the half a million club. Yet another indicator that the home price boom is hitting the market.

That slight dip occurred throughout the Bay Area in California when shoppers decided to stay out of the market as prices climbed higher, fewer homes were for sale, the Russian - Ukraine war kicked off, and stock market dips spook would-be buyers. 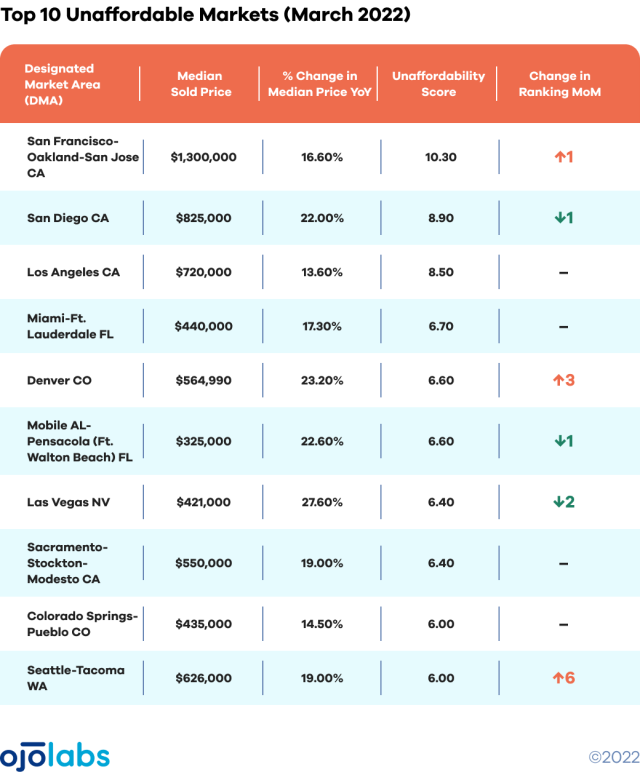 Quick pop quiz: which metro area saw the biggest home price increase of any metro area in the United States? Surprisingly, it was Memphis, Tennessee, rising 34.6% year-over-year. Following Memphis is Phoenix, Arizona, which saw the second-highest year-over-year increase, with the median home sold price increasing 29.9% to $435,000.

Seattle, Washington came out as the biggest mover, climbing up six spots to 10th on the list due to a 19% rise in median home sold price year-over-year. The unaffordability score for Seattle reached 6 in March, the highest number OJO Labs has recorded since January 2019. Denver, CO, also made the top 5 for the first time since OJO Labs began tracking data.

Green Bay-Appleton, Wisconsin, continues to be the most affordable of the top 50 metro areas in the nation in terms of homes sold, but the gap between this metro and others on the list are narrowing. Median home sold price in Green Bay-Appleton was $150,000, increasing 3.5% from the year before, leading to an unaffordability score of 2.2. 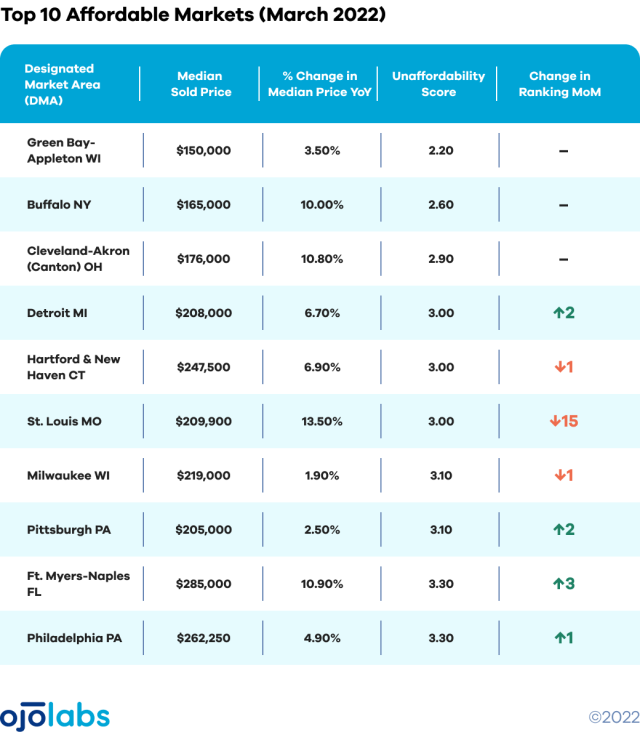 Nationally, the median home price grew from last month to $374,647 in March. Home prices rose 16.2% year-over-year in March to bring the national unaffordability score to 4.7, up from 4.4 last month. 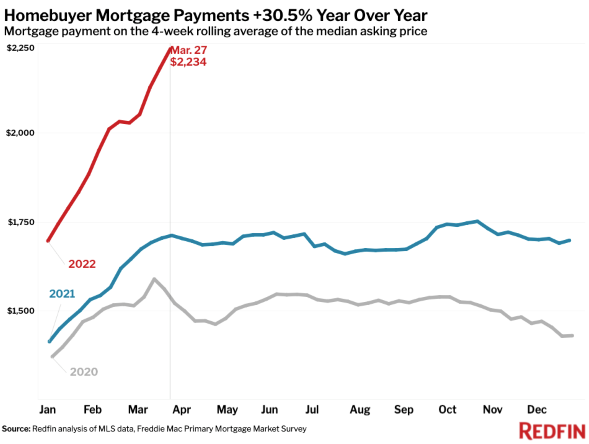