A ‘housing hangover’ after two years of overheated activity 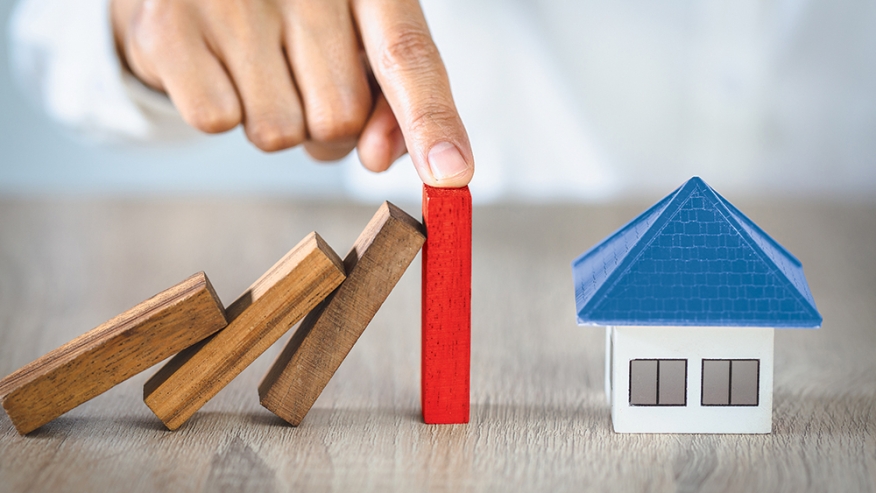 Less than a year ago, home sellers received multiple offers and saw double-digit percentage increases on their homes. In fact, 2021 heralded a record for existing home purchases, with over 6.1 million, by one count, while the Mortgage Bankers Association (MBA) reports 5.2 million home purchases and 8.3 million refis were completed last year. The MBA predicts purchases will drop this year by about 15% to 4.5 million and refis will fall about 75% to 2.1 million.

But with 30-year fixed mortgage rates now nearing 6%, home sellers are seeing fewer offers today and will see less than a 3% jump in the value of their home, predicts the MBA.

“Last year and earlier this year, people were taking advantage of once in a generation low mortgage rates. We’re sobering up from that today,” he added, saying that inventory issues continue because the country is short on new single-family by homes by 5.8 million.

Also causing inventory issues are the fact that people 55 and older aren’t selling their homes, he says.

Despite the prediction from the MBA on housing prices, reality is different. While home prices are dropping this year, with two arch competitors, Redfin and Zillow, expecting them to fall for the remainder of the year.

That said, home prices this year, based on MBA’s numbers, have not dropped to where they were in 2021.

“We expect prices to continue to decline on a month-to-month basis,” Fairweather said. “By the end of the year, prices will inch down until there’s flat, 0% growth this year.”

In fact, she says, by the time January rolls around, “prices will start off where they were in January 2022.”

Said Zillow Senior Economist Jeff Tucker: “We expect to see home values continue to fall over the next few months. Most homeowners will continue to have significant equity in their homes, though affordability will still be stretched for home shoppers.”

All three economists — Ratiu, Fairweather and Tucker — report price cuts on those homes listed on their digital platforms.

“Nineteen percent of the active listings on our website had price reductions,” Ratiu said. “That’s relevant because in June it was 15%, in May, it was 14.7% and a year ago it was 7%.”

On Redfin, in July, “21% percent of the homes listed dropped their price” up from 10% from last year, Fairweather said.

“Sellers are having a harder time attracting a buyer than they were during the frenzied past couple of years, and the price cuts show how they are adjusting to the new reality,” said Zillow’s Tucker. “In July, 18.6% of listings had a price cut, up from 14.8% in June and 11.1% in July 2021” but “the median price cut is only about 3% of the list price.”

“Last year and earlier this year, people were taking advantage of once in a generation low mortgage rates. We’re sobering up from that today.”

While it’s hard to predict exactly where home prices are going, economists surveyed by National Mortgage Professional expect them to increase modestly in 2023. But as to how robust the housing market will be depends, in large part, on mortgage rates, they say.

“The biggest influence on the housing market is mortgage rates, and they’re high because of inflation,” Redfin’s Fairweather said. “That’s really where buyers are getting hurt. The mortgage payment today on a median priced home is about 40% higher than it was from last year.”

“These increases take a lot of people out of the market,” said Selma Hepp, CoreLogic’s deputy chief economist.

And because there may be further increases in interest rates, depending on what happens at the year’s remaining Federal Open Market Committee (FOMC) meetings, it’s possible the 30-year fixed-mortgage rate could move up.

Moody’s Investor Services predicts new home prices to drop 5% in 2023, saying, “with many potential buyers priced out of the market, we project new home prices to decline modestly over the next 12 to 18 months from the peaks reached this spring and summer.”

Zillow’s Tucker said, “We expect home value growth will return to something like the historical norm, which is about 3%–5% annual growth. The market is cooling off now, but there is plenty of demand waiting on the sidelines, and if prices or mortgage rates fall to a point where buyers can afford to jump back into the market, this demand will come rushing back and push prices right back up.”

CoreLogic’s Hepp agrees with Tucker’s prediction, saying, “While we’ve had sizable growth in home prices during the last two years, I expect home prices to go up 3–4% next year.”

Realtor.com’s Ratiu wouldn’t predict where housing prices would go next year because he sees too much volatility in the economy due to the actions the FOMC may take with interest rates.

“The Fed is committed to increasing borrowing costs and there’s a chance companies are going to overreact,” he said. “They’ll accelerate layoffs. This could put a bigger strain on housing, and we could see stronger downward pressure on housing prices.” 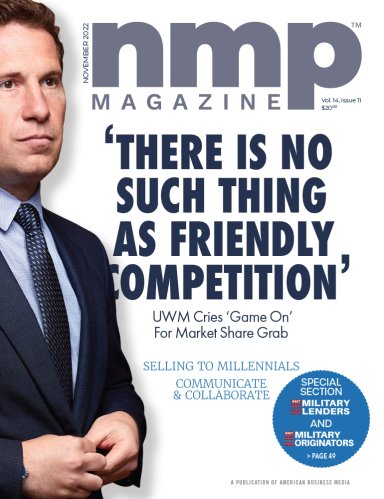 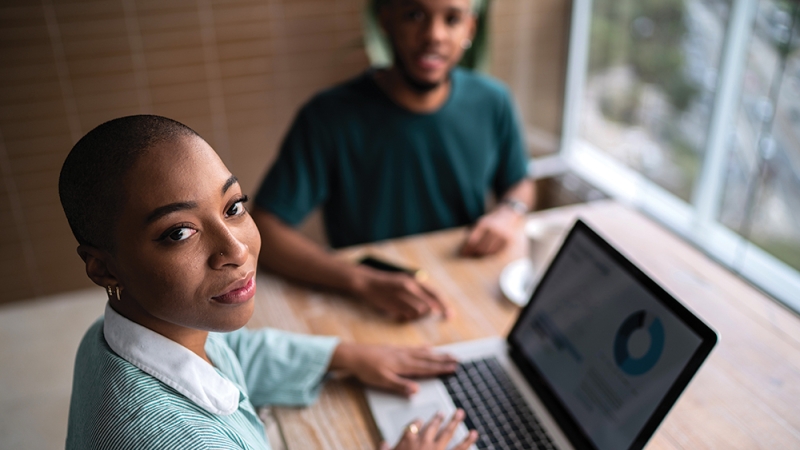 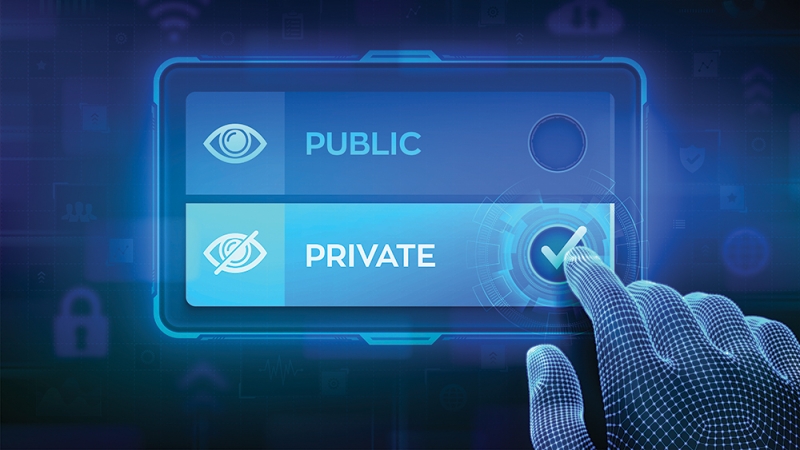 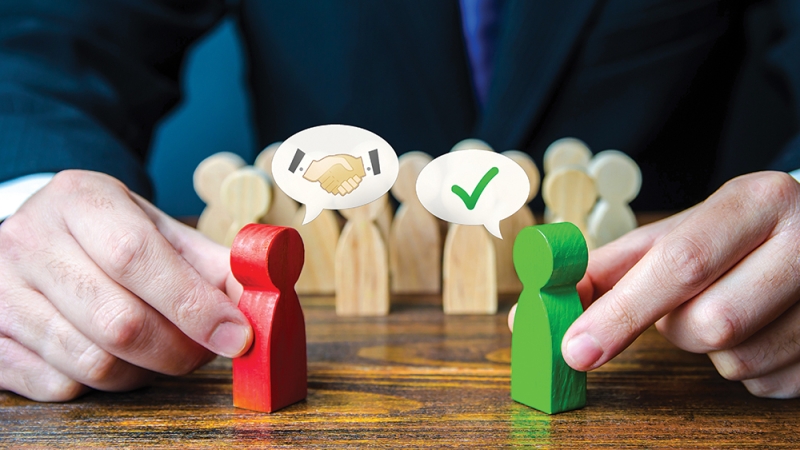 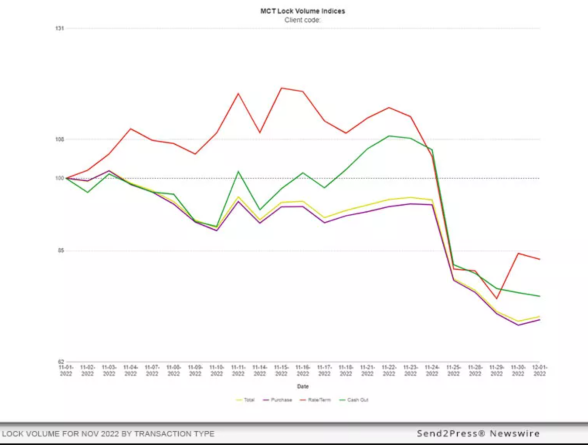